After a very positive first quarter of 2019, sales of machinery and equipment for gardening and garden care recorded constant declines during the year, due to climate and weather anomalies. The wave of bad weather that characterized the autumn period will lead to a sharp slowdown in maintenance, making it possible to forecast year-end results in decline compared to the final balance of 2018. There are good prospects in the medium and long term, as a result of the growth of green areas in urban areas, destined to also include rural areas where agricultural and multifunctional activities can be carried out 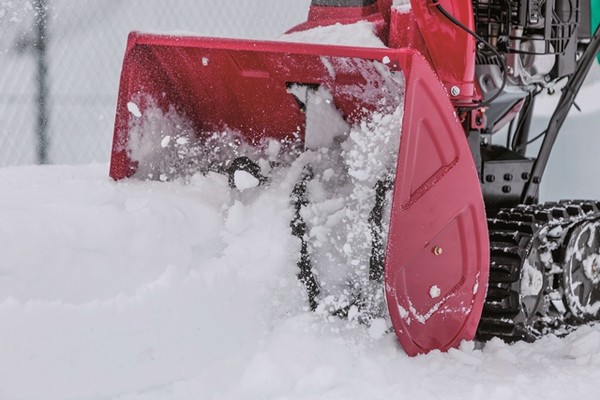 The wave of bad weather that hit Italy in recent weeks will also have negative effects on the market of machinery and equipment for gardening and garden care. The Italian market started with a resounding sales increase in the first three months of the year (+29%) - due to a particularly mild season that brought forward the vegetative phases of the plants and therefore of the demand for maintenance machinery.

There was then a constant declines in the spring and summer period, and it is feared that 2019 could even close in the negative. This is the forecast provided by Comagarden, the association of manufacturers of gardening and garden care equipment, during a press conference held on November 27th in Milan. As was explained at the conference, already in the second half of the year sales had fallen by 12%, due to a later onset of winter phenomena and therefore a stop to maintenance activities.

After stabilizing during the summer, at the end of September the market recorded an overall increase of no more than 5.9% compared to the same period in 2018, and the forecast for the end of the year saw a further contraction with a final balance reduced to +1.9%, with a negative figure for traditional lawnmowers (-1.5%), and a positive figure for chainsaws and brushcutters, both expected to grow by 1.8%. As was explained during the conference, these forecasts for year end were based on monitoring the market in ordinary weather and climatic conditions, and are therefore likely to be corrected in the face of the exceptional wave of bad weather that is affecting the country and which may lead to a different direction of the demand. Comagarden President Renato Cifarelli said, "Phenomena such as floods, river overflows, temperature fluctuations, together with the occurrence of snowfall before the anticipated season, could cause a stall in sales for some types of vehicles used for ordinary maintenance. Instead it may stimulate the demand for machines such as chainsaws for urgent interventions in the areas hit by floods and for securing areas in which there are unsafe plants".

The meteorological phenomena therefore have a direct influence on the market of mechanical vehicles and also on the geographical location of the demand, even if our country maintains a different predisposition to purchases in the different areas: overall the North represents about 55% of the market for gardening machines, while the remaining 45% is almost equally distributed between Centre (22%) and Southern Italy (23%).

Beyond the meteorological variables, and their influence on the seasonal market trend, the long-term trend appears favourable, due to the growing importance that green maintenance will have especially in urban settings. President Cifarelli remarked how the expansion of urban areas is a global phenomenon, which affects both the most developed countries and the emerging and developing countries. In 1950, compared to a world population of about three billion individuals, 70% of the population lived in rural areas, and only 30% was concentrated in urban areas; in 2050, with a population of nine billion people, the relationship will be exactly reversed, with 70% of the world's population concentrated in cities and metropolises and only 30% distributed in rural areas.

“The urban landscape will include large green and agricultural areas, necessary to guarantee minimum standards of health and quality of life for metropolitan populations - said Cifarelli - and this will have significant effects on the demand for specific machinery for maintenance, multi-purpose activities, for the new forms of urban features such as vertical green, hanging gardens and bio-architecture.”