As in the agricultural machinery sector, the components play a fundamental role also in gardening and garden care. In fact, many of the machinery’s technological innovations depend on the installation of components with innovative features. The industry offers a wide range of new-generation solutions ranging from mechanical components to hydraulic and motor components up to electronic ones 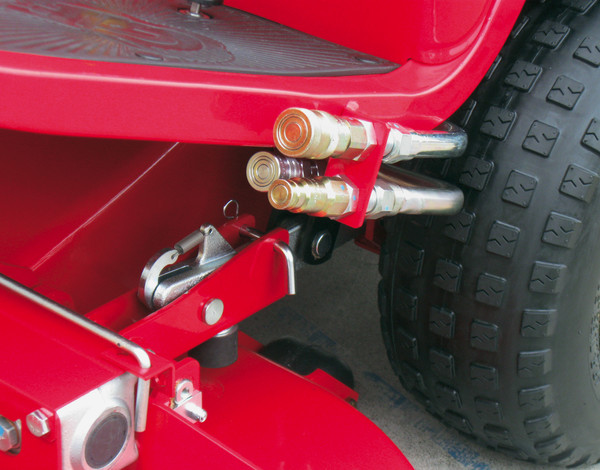 Many of the innovations introduced in machines and systems are linked to this sector. Italy has a long tradition of offering quality components, as components are one of the leading sectors of the national mechanical industry.

Specifically, the sector of green machine components is also very wide as there are many types of machinery and reference equipment. There are components of elements that are common to many machines, such as the engine and engine power supply and power transmission system, and others that are specific to the different categories of machines, lawnmowers, brush cutters, chainsaws, irrigation systems and so on. Here are some examples of these categories.

In green machinery, the endothermic engine is still the most widespread propulsion organ, although electric propulsion is increasingly applied in different categories of machinery and tools. The market offers engines complete of all accessories for different categories of machinery, but also individual components. These include the starting, for which there are several solutions: pull starter system, recoil starter, electric starter, electronic starter system. Both 2-stroke engines are used, fueled by a mixture of petrol and oil, and 4-stroke engines running on petrol (Otto cycle) and diesel (Diesel cycle).

In the mechanical transmission systems of the motion, to the connecting rod/crank mechanism above, it is possible to add both transmissions by belts and pulleys, and transmissions by chains, small pins joined together by metal plates, and toothed wheels. The component that fits between the crankshaft and the gearbox is the clutch. It can be of the disc type (single or multi-disc), or the hydraulic or centrifugal type.

Even in self-propelled machines for the green of certain engine power, a hydrostatic transmission system can be provided, which is a combination of hydraulic pumps and motors with variable or fixed displacements that allow providing a wide range of torques and speeds engine.

In battery-operated electric green machines, the components are given by an electric motor that uses the electrical power stored in the Lithium batteries and transforms it into the mechanical energy necessary for operating the machinery. An inverter transfers the electricity of the batteries to the engine.

In horizontal blade units, we find flat-cut blades, anti-clockwise and hourly cutting blades, mulching cutting blades, as well as mulching kits complete with blade and carter. There are also different types of blade holder shaft and blade holder hubs, as well as blade support bolts. Another component is the body of the cutting deck, in the side-discharge versions, with rear discharge, and for the mulching cut. In helical blade apparatuses, the cutting cylinders are offered with a different number of blades, from 3 to 12, and with different length and diameter to meet the different types of machinery. Even the grass collection baskets have different shapes and capacities. The electronic component is particularly present in robotic lawnmowers equipped with a whole series of sensors and GPS systems, which also allow remote control. Then there is a wide range of wheels and tires that differ not only in size but also in the different types of tread, up to practically straight green tires for lawnmowers. Tubeless tires are increasingly used.

As far as the endothermic engine is concerned, the components are the engine starting system, specific carburetors for the different categories, the base for carburetor, gaskets and intake manifolds, flywheel, clutch, in addition to air and fuel filters. In battery electric machines, in addition to the different types of batteries, the merchandise offer also includes the battery charger. The specific components of the cutter deck are made of bars of different lengths, chains with different thicknesses of links, the chain sprocket of the ring or fixed type, the chain tensioner and the oil pump. Then there are the safety and protection components such as handguard, chain brake, anti-vibration system. For portable hand-held brush cutters, the components of the work organ are the double wire or multi-wire head where the spool is located, while on the outside the head is protected. As an alternative to the head, there is a blade disc.

As a last example, the components of a drip irrigation system for a terrace are shown. The components are a programmable control unit mounted on the water tap together with the water pump. The other components are a polyethylene pipe with an outer diameter normally of 16 mm and connecting elbows. On the main tube are inserted, with a micro-graft, in correspondence of the vessels, the small-diameter tubes that carry the drippers, supported by support stakes. 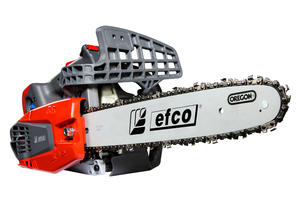 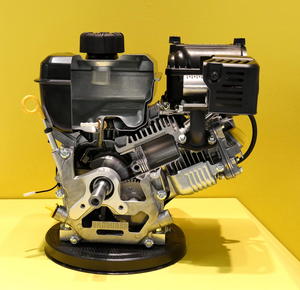 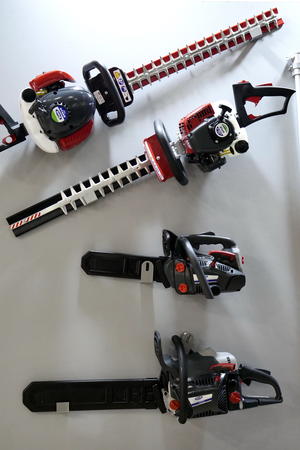 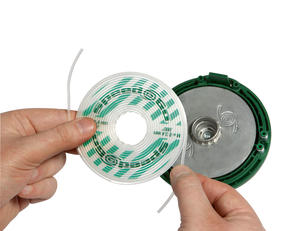 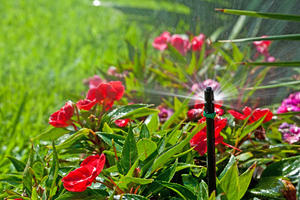