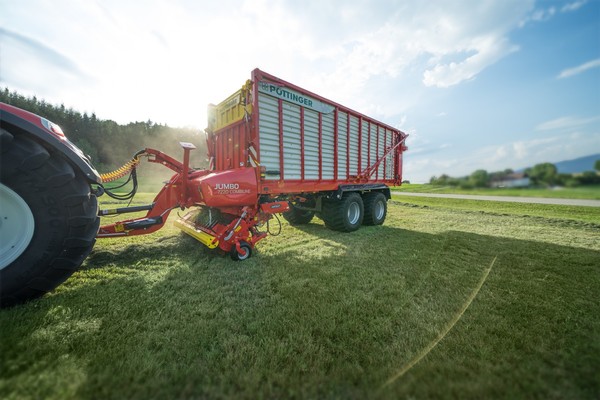 “Honour the past - be the future”, this is the claim that Pöttinger coined to celebrate 150 years of business, a century and a half that saw a small artisan company from Grieskirchen (Austria) become an internationally recognized manufacturer of agricultural machinery. The history of the company began in 1871, when the master watchmaker Franz Pöttinger presented a forage harvester at a Fair in nearby Linz, winning the Silver Medal. The award convinced the entrepreneur to start mass production: in addition to the forage harvester, the company launched fruit machines and presses, silage and forage mulchers, chippers and potato diggers. Machines that lighten the hard work of farmers - this is Franz Pöttinger's thinking - must work with the precision of a clock. In the second half of the 20th century, the Austrian brand expanded its production, entering the market for haymaking machines and presenting two major innovations - belt rakes and self-loading wagons - thanks to which Pöttinger became one of the world's leading manufacturers in the sector. In 1975, with the acquisition of Bayerische Pflugfabrik, a Bavarian company specializing in the construction of ploughs, Pöttinger further expanded its offerings with tillage equipment. 2001 marked the completion of the current range, with the acquisition of the Rabe plant in Bernburg, where mechanical, pneumatic and mulch seed drills are produced. Today the company founded by Franz Pöttinger boasts three production plants, respectively in Austria, Germany and the Czech Republic, and 17 branches (Europe, Australia, Canada, USA and China), as well as several international awards, the most recent being the Machine of the Year 2019 award, awarded to the NOVACAT A10 CROSS FLOW mower during the SIMA in Paris. 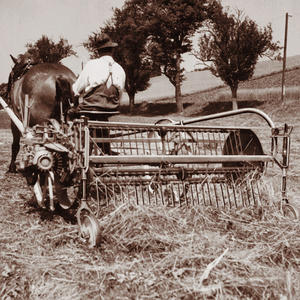 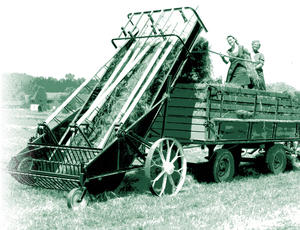 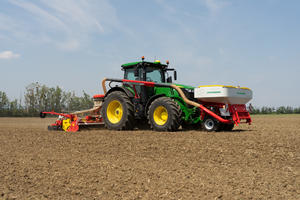