These machines can grind any material with an adjustable degree of fineness. In the agricultural field, they are commonly used for preparing grains, especially cereals, as a primary component in animal feed 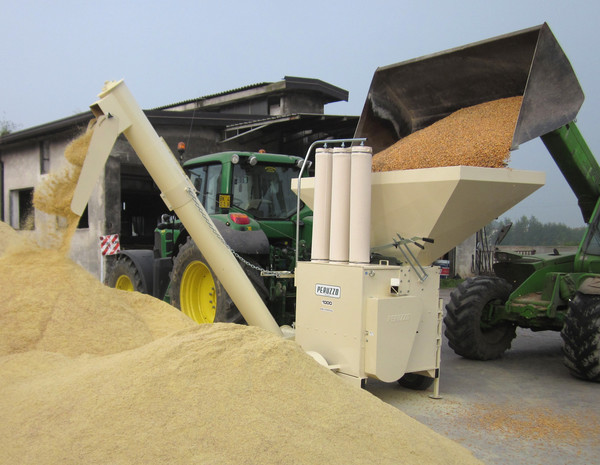 As the name suggests, hammer mills are extremely versatile machines, which can grind, to a variable degree of fineness, a wide variety of materials. In the agricultural field, they are mainly used for grinding grains, especially cereals and, in particular, corn, which are the essential ingredients of feed included in the diet of livestock, cattle and particularly pigs.

There are many models of hammer mills preparers on the market, which differ mainly in their hourly output of ground grain. This characterizes the machine's configuration and its mode of operation and the type of power source, the availability of accessories, and, of course, the cost.

These machines are intended for amateur or niche productions. In this case, the construction of the mill is relatively simple: The rotor grinding unit is placed on a sturdy tripod and consists of a circular plate equipped, on one of its two faces, with several knives (often three) of various shapes, which rotate within a closed cylindrical container, which in turn has an interchangeable screen on its outer circumference, with holes of different diameters.

The rotor is driven by an electric motor (single-phase or three-phase). For low powers, the motion transmission is direct or with a combination of pulleys and belts. The tractor's PTO is used for higher powers, connected by a cardan shaft to the belt transmission, multiplying the rotation speed. A hopper of adequate capacity placed near the rotor receives the material to be ground (grain or other). After passing through the screen, the ground product is removed by an auger to be stored in vertical silos or deposited on the ground in heaps.

Usually, screens are available in a wide range of hole diameters, i.e. from 0.5-0.6 mm up to several millimeters, respectively, preparing very fine to coarse flour and meal (not only of cereals but also for example also of fodder).

Hourly production varies indicatively from 100 to 6-700 kg/h, clearly depending on the degree of grinding desired.

While maintaining the same operating principle, these mills can process from a few hundred up to several thousand kilograms of product per hour, therefore requiring much greater power than smaller models.

In models of this size, the grinding unit often consists of a cylindrical rotor equipped with hinged hammers outside. By rotating at high speed, the cutting devices chop the product, which is forced by centrifugal force to pass through the perforated screen enveloping the rotor.

Different drive models are available for this category of mills, employing an electric engine (always three-phase in these cases) or the tractor's PTO and an independent endothermic engine (diesel or, more frequently, petrol).

Given the larger quantity of material to be ground, these mills can be equipped with various accessories such as a cyclone dust separator, a wheeled version to facilitate movement, loading hoppers of different capacities for more or less voluminous products and an adjustable discharge duct.

Power requirements range roughly from 15 to 30 Hp for electric drives, whereas if a PTO drives the machine, the tractor must have between 40 and 60 Hp.

The hammer mills preparers are almost always driven by the tractor's PTO or an autonomous diesel engine for medium to large farms.

The hourly production ranges from several thousand up to 40.000 kg/h and more, always depending on the grinding fineness. High production models must be driven by high power (150-200 Hp) tractors, together with an autonomous diesel engine. As an exception, an electric motor can be adopted as an alternative, but it must be of several tens of kilowatts (even more than 100).

Considering the large mass of the unit, these are almost always trolley versions. Given the high output, the ground material is always extracted using pivoting augers of a suitable diameter and hydraulically adjustable length or with specific fans working through suction.

Particularly for the models with high working capacity, to increase the level of automation of the process, equipment is available on the market. For example, a spiral or roller feeder with electric control of the feeding bulkhead, managed by a microprocessor for the electronic regulation of the feeding, for the stable and efficient performance of the mill; the raising of the feeding hopper equipped with sensors; the filter sleeves with collectors; the magnetic plane for the detection and separation of unrelated ferrous elements.

To protect against overloads, especially on large models, an elastic joint is installed if the drive is a fixed point, while the equivalent function in the coupling with the tractor is a freewheel, shear bolt or clutch joint installed on the transmission cardan shaft.

Cereal meal is a primary ingredient for zootechnical feeding, but the ratio of cattle and pigs is more and more complex, including also different elements, which often come together in a customized diet, according to the nutritional needs of specific groups of the herd.

For this reason, it is often necessary to prepare feeds autonomously (i.e. not by supplying pre-established mixtures available on the market), making complex mixtures, starting from single raw materials.

For this reason, hammer mills preparers can be usefully combined with a mixing group, whose main task is to make the mixture of essential ingredients homogeneous in the shortest possible time. To this end, we use models usually of high working capacity, equipped with a loading auger (with magnet for the separation of unrelated ferrous fragments) and a hammer unit for grinding the grain, a vacuum fan for introducing additives, a large auger inside the cylindrical box for mixing with homogenizing counter-knife and an unloading auger that can be oriented 360° with product exit at several meters in height, for easy storage in containers of adequate capacity. For correct ingredient dosing, the machine is often equipped with programmable electronic weighing.

Both in "pure" and integral form, the corn mash is a product very commonly adopted in livestock farms, especially as an ingredient with high nutritional value in cattle and pigs' diet.

The product is harvested when the grain has about 30-35% of humidity (sometimes even something more) after it has completed the so-called "waxy" phase of maturation.

The integral version comprises all the parts of the ear (grain, bracts, cob and the apical part of the plant) chopped in the field by a self-propelled mower-driven loader, adjusted for a much finer degree of shredding than silage. On the other hand, the classic mash is made with only the grain (sometimes supplemented only by the cob), harvested with a combine harvester and then immediately ground, usually with high-capacity mills. Both products must finally be stored in the shortest possible time, in a trench or vertical silos, or silo-bags.

In both cases, it is necessary to avoid overheating the material during grain breaking, as this could trigger unwanted fermentation and/or proliferation of fungi, mold and yeasts.

In addition to the usual good practices of management and closure of the silo, in order to avoid the deterioration of the product, it is beneficial to add specific inoculations of heterolactic bacteria (which improve the aerobic stability of the silage) and, limited to the mash of grain as is, also homolactic (which help the start of anaerobic correctly controlling the reduction of pH).

The ease of use of whole-grain mash has made it a rather popular option. Still, it must be said that, in addition to its higher nutritional value, whole grain mash has a more homogeneous consistency, resulting in a stocking density 10-15% higher, which compensates for the higher preparation costs due to the management of the product for grinding.

Hence, it is crucial to proceed to optimal compaction, such as bringing the mass to a density of about 850 kg/m³ for the whole mash and 1000 kg/m³ and more for the one composed of the grain only. 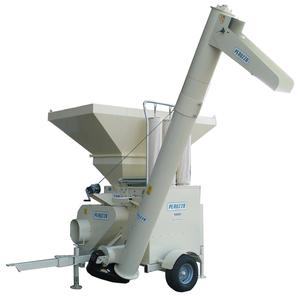 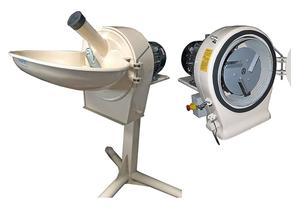 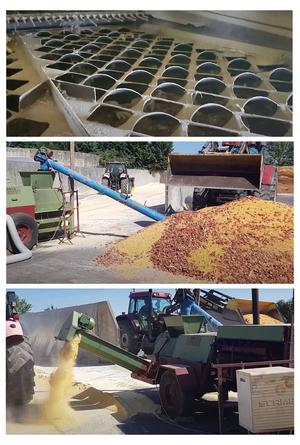 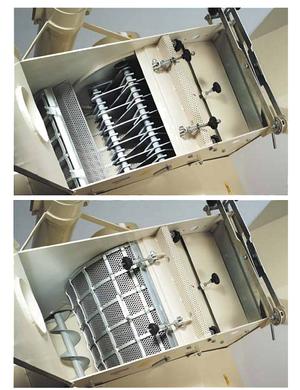 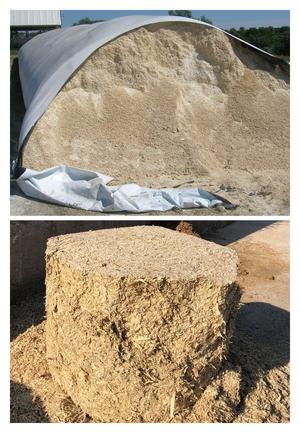 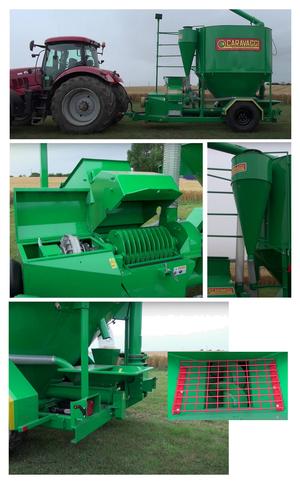