No-till seeding: benefits for the environment and farm economy

No-till seeding, although still little practiced in Italy, represents a promising solution to contain diesel consumption and increase the sustainability of production. The greatest benefits are obtained in the medium to long term due to the increase in organic matter and soil fertility, and the reduction of erosion 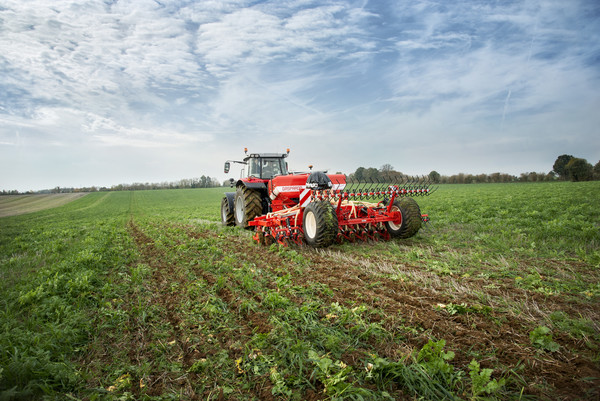 The share of climate-related emissions due to agriculture varies from 10 to 20% of the total, in particular for zootechnical activities, rice-growing, and deforestation. As regards the arable land, a not negligible share of the impact is connected to the mechanization of the working, above all the primary and secondary working of the soil, above all if carried out with the traditional methods, that is to say with the inversion of the horizons in the first 20-35 cm of depth (plowing) and the harrowing of the surface layer.  These are very energy-intensive operations, which also entail a more rapid mineralization of the organic substance. In this context, the main detectable disadvantages are the high consumption of diesel fuel, the combustion of which leads to the production of polluting emissions (fine dust, nitrogen oxides, etc.), and the lower accumulation of organic substance (and therefore carbon) in the soil.

Alternative techniques to the conventional ones are the minimum tillage, or the so-called "no-till" seeding, which have positive aspects also as regards the reduction of compaction and surface erosion of the soil. Recent estimates regarding the latter parameter have shown that for the Italian context only, the mass of eroded soil is on average 1.7-1.8 t/ha per year.  Obviously, these are average values, highly variable according to the orography and the climatic characteristics of the place being evaluated.

FAO estimates that no-till is practiced worldwide on more than 100 million hectares, mainly in Canada, the US, Argentina, Australia, and Asia.  In Europe, its spread is concentrated in areas dedicated to cereal growing in Eastern Europe. At the Italian level, this practice is still under-adopted, even if it is expected to expand in the coming years thanks to greater use of subcontracting and the presence of dedicated financing resources in rural development plans.

It is an alternative tillage and sowing technique, profitably adopted a­bo­ve all for autumn-winter, spring and summer cereals, but also other fodder and/or protein crops. Practically, seeding is carried out on land that has not undergone any preliminary intervention, this is why this practice is also called "direct sowing". In fact, seeds are planted in the soil in a single step, with seeders specifically designed to be able to work well on compact soils and with crop residues (sometimes abundant) on the surface.

Like the traditional ones, the seeders for sowing hard can be striped or precision. However, compared to the conventional ones, they are equipped with sturdy working parts that move the soil at the strip where the seeds are deposited.

This entails an increase in the mass of the seed drills, also necessary for a more effective disintegrating action, and therefore a greater consumption of diesel oil spent on sowing, but in any case, an overall saving compared to the traditional site, thanks to the sharp reduction in the number of interventions.

The surface and strip processing of the soil takes place through discs or teeth, with specific tools for the management of crop residues (deviation, cutting, incorporation, etc.) and followed by furrowing and compression organs, to help the adhesion of the soil to the seed.

Reduction of the environmental impact

One of the fundamental aspects in this sense is the productive yield of this agronomic orientation over time. Some authors indicate, in particular in the medium-long term, greater stability and also an increase in yields, varying between 5 and 20%, while other experiences have shown a reduction in production, especially in the first years of adoption of this alternative technique.

In general, if the no-till sowing is carried out correctly, that is in the most suitable soil and climatic conditions and on suitable soils, it is reasonable to expect yields similar to those of conventional processing. Therefore, in the hypothesis of constant yield, an assessment was made of the environmental impact of the cultivation of corn maize (FAO 700 class) in irrigated areas according to the regulations for integrated production of the Lombardy Region. In order to identify the most sustainable technique, the object of this evaluation was the comparison between two different soil tillage and seeding scenarios. A "basic" scenario, represented by the traditional construction site (with 35 cm plowing, double harrowing and sowing with pneumatic precision seed drill), and an "alternative" scenario with no-till sowing. For the traditional scenario, the detailed information was collected through direct surveys in the experimental company of the Faculty of Agricultural and Food Sciences of the University of Milan located in Landriano (PV), while for the alternative one, we relied on the bibliography.

The Life Cycle Assessment approach, coded by specific standards (ISO 14040 and ISO 14044), was considered, which allows converting the number of production factors consumed and the emissions into the environment into a certain number of environmental impact indicators, such as the carbon footprint, soil acidification, and water eutrophication. The advantage of this approach is that of being able to consider at the same time a multiplicity of environmental impacts, thus avoiding that the optimization of one of these may lead to an increase in the others.

Beyond the absolute values, it is interesting to note that the scenario inherent the no-till sowing shows a lower impact for each parameter considered.

The most significant reduction is that of the impacts more directly related to the consumption of diesel fuel, for example, the thinning of the ozone layer (-11.1%) and abiotic resources
(-11.5%), while it is less strong for impacts more dependent on emissions related to fertilization (acidification and eutrophication), the variability of which was not included in this study.

Keywords: No till seeding 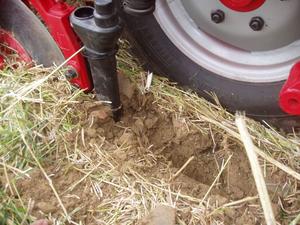 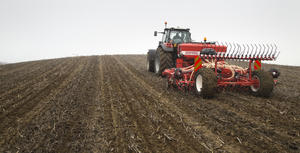 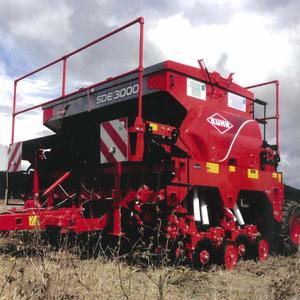 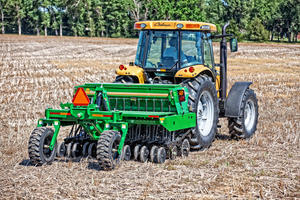 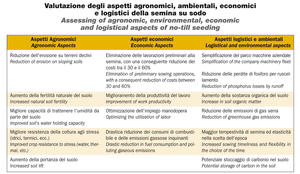