Radiators are needed not only to cool the engine but also to cool the oils and fluids for the lubrication of the engine, the main hydraulic system, the power steering, the gearbox, the turbo intercooler, the air conditioner, etc. On modern tractors, a massive “radiator package” is installed which must dispose of an important amount of heat 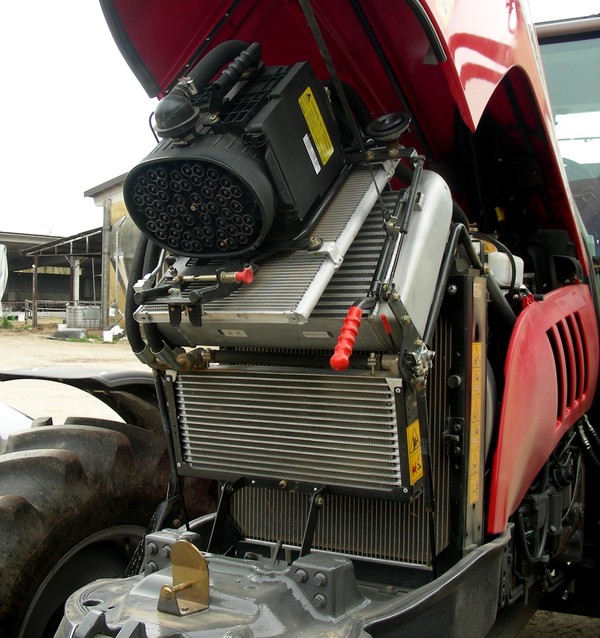 Despite several decades of evolution, the best endothermic engines (including diesel) do not exceed 44% efficiency today. This means that more than half of the potential chemical energy contained in the fuel (gas oil) is dispersed after combustion, substantially in the form of heat. A large part of this heat is expelled with the exhaust fumes, while the rest by cooling the service fluids which allow the engine to run smoothly even for prolonged periods, in unfavorable weather conditions and for heavy-duty work. It can, therefore, be guessed that on the tractor the engine cooling system (which almost always no longer uses air, but fluid in the liquid state), as well as the cooling systems of all the other organs and devices, are vital to ensure efficient machine operation.

Besides, due to the limited maximum construction speed, it is not possible to exploit on the tractor the natural airflow created at high-speed transfers on the tractor, resulting in tangible results, so the design and sizing of the cooling systems must necessarily take this basic indication into account. This is the reason why, on traditional models, unlike what happens, for example, on cars, the so-called “cooling fan” is always working when the engine is running.

In this context, heat dissipation takes place through heat exchangers, commonly referred to as “radiators” which, first by conduction, and then by convection, transfer heat from the inside to the outside, usually or through a mixture of water and additives, or oils of different kinds.

The radiator construction materials must obviously favor the transmission of heat as much as possible, so these are good conductive metals. For top performance, copper and brass are used, but most commonly, most of the radiant masses are made of aluminum, a material that represents a good compromise between heat conduction efficiency, mechanical resistance, lightness and above all low cost.

On modern tractors there is a higher number of radiators than on other vehicles, precisely because of the need to cool the service fluids of several existing systems: in addition to the liquid that flows in the cavities of the cylinders, it is necessary to contain the temperatures of the lubrication oil of the engine, of the hydraulic system, of the gearbox, of the turbocharger intercooler, of the air conditioner of the passenger compartment, etc.

So, we are speaking of a “radiator pack”, usually placed in the front of the engine compartment, in close succession one after the other, to take advantage of the powerful airflow produced by the fan, which normally works on the intake, or is placed behind the radiators.

To facilitate maintenance, on recent models each radiator is hinged and fixed on a supporting frame. In case of need, each element can be rotated, “like a book” or “a compass”, so as to make it accessible for the appropriate interventions.

The agricultural environment, especially as regards fieldwork, is by its nature extremely dusty. Some processes, such as secondary soil cultivation (harrowing, hoeing, digging), as well as hay and grain harvesting (especially due to the handling of dried material), involve a high risk of clogging of the radiators, since the material raised in air can accumulate between the fins of their structure, greatly reducing the efficiency of the heat exchange. Careful maintenance is therefore necessary, or techniques must be developed that can, better automatically, proceed with periodic cleaning when there is a need to do so.

A relatively simple (and economical) solution for preserving the radiator pack from clogging of foreign material is interposing one or more blinds with meshes of suitable density, which hold back the particles that otherwise could get stuck between the fins of the radiant masses. Obviously, these blinds must be easily removable and easy to clean, usually cleaned with a jet of compressed air.

The inversion of the Cleanfix flow

A qualitative leap in this subject is the automation of the cleaning phase, which can thus be performed without interrupting the processing.

As the name suggests, the “Cleanfix” technology was developed in 1998 by the German company Hägele GmbH of Schorndorf and is essentially based on the possibility of reversing the direction of the airflow created by the fan, so as to remove residues that have settled between the radiator fins.

The simplest solution would be to invert the direction of rotation of the blades, but the Cleanfix fans (produced in various versions with a growing level of automation) are based on a different concept, namely the inversion of the blades on their axis, which it is realized hydraulically or pneumatically, depending on the equipment of the relative systems on the tractor. The basic model includes a manual “on-off” or a dead man’s switch, or timed operation.

A not inconsiderable advantage of this solution is that the modification of the inclination of the blades can also be only partial, making it vary the angle to modulate the entity of the flow according to the needs. For this purpose, thermoelements containing wax are used which, in a given temperature range, expands and moves a small piston located inside the fan hub, which acts on the position of the blades. Alternatively, on the most advanced tractor models, the PT/HT version of the Cleanfix system can be connected to the engine control unit which, through a sensor integrated on the fan, drives the blade angle between 7° and 40°, depending on the cooling requirement. In this situation, with the minimum angle blades, you can save up to 80% of the power normally required by the fan.

In this case, the purpose is to optimize the intensity of the cooling in real-time, according to the needs of the various systems. The fan is connected to the source of motion through the so-called “viscous joint”, consisting of two adjacent disks, the first fixed to the fan, while the second receives the rotary movement. Between the two discs, a very dense silicone oil valve can circulate, which actually acts like a clutch, constituting the transmission element of the motion to the fan. By driving the oil flow through a valve, it is, therefore, possible to vary the rotation speed, usually up to 80-90% of the input rotation speed. Concerning internal friction due to oil viscosity, the fan is never stop­ped, and even in the condition of minimum operation, it runs at 25-30% of the inlet speed.

One of the most recurrent problems of radiators installed on agricultural and earth moving machines concerns the strong vibrations to which they are subjected, due to the heavy use of these operating machines.

As a rule, the issue is resolved by adopting sturdy support frames and/or fixing the radiator to the structure of the machine through specific rubber blocks (silent block) suitably oversized. In any case, the riskiest part is the radiant mass, on which over time cracks and fissures can be created, especially in the corners.

One of the structural solutions is to create some reinforcements, made through the insertion of bars in the outer tubes of the radiator, subsequently fixed with appropriate welds, filling the affected tubes, which in this way are called “fake”, as they no longer carry out their natural function. 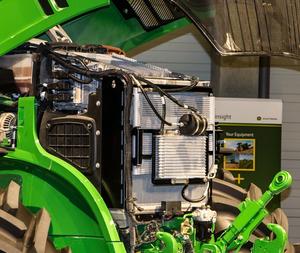 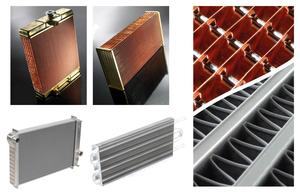 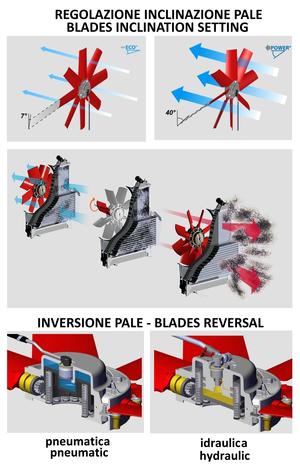 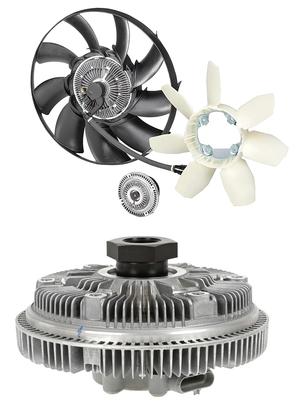