Especially when connected to the tractor's three-point hitch, AWPs are a valuable aid for agricultural work, such as pruning tall trees, which require the ongoing presence of one or two operators at significant heights from the ground. Today, the market offers a wide variety of platforms, which meet the needs of different crops and types of farms. The use of innovative materials, electronic control systems, and advanced design techniques have made this type of equipment increasingly safe 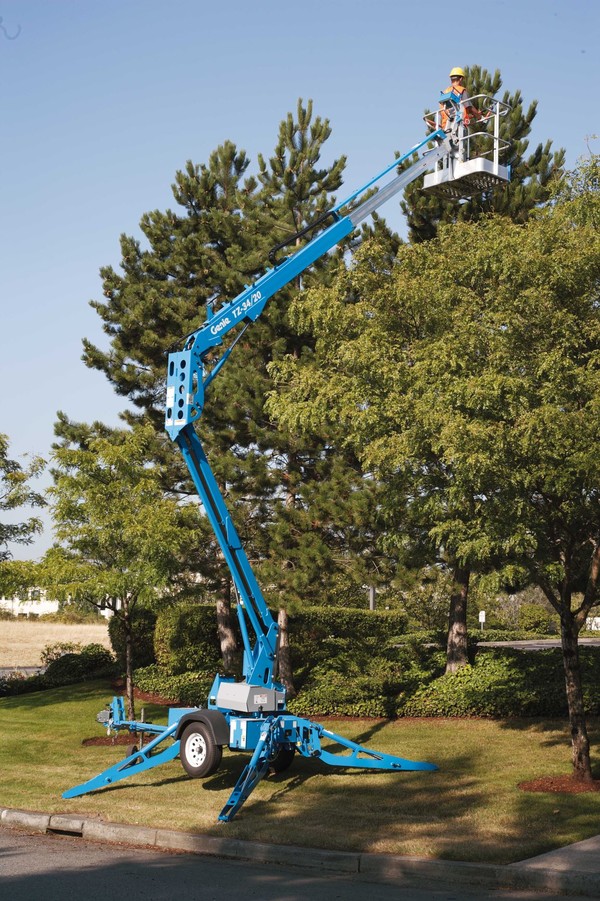 Elevating mobile work platforms (often referred to by the acronym "AWP"), also known as "overhead access platforms", " developable bridges" or more roughly defined "baskets", have been known since the very early 1950s, when they were introduced by transforming cranes set up on military vehicles used mainly for the installation and maintenance of power lines.  In Italy, the first overhead access platform mounted on a truck dates back to 1959. About ten years later, the first self-propelled overhead access platform with a telescopic and movable boom, with control from the basket, was introduced. Since then, the technical evolution has led to profitable use of AWPs also in the agricultural field, representing a valuable aid in the execution of many processes, both purely agricultural (pruning, trimming, etc.), and more related to the construction activity (maintenance of facades, balconies, gutters, etc. of buildings). They are efficient and versatile, but unfortunately, still cause accidents in agriculture as well. However, it is essential to point out that in almost all cases, these accidents are caused by the use of nonstandard vehicles and/or failure to comply with the most basic safety conditions.

Most of the AWPs' accidents are related to: overturning, often due to an incorrect location on an unsuitable ground; operator falls from the basket, due to non-use of the safety harnesses or incorrect fastening; entrapment of the operator between the platform and trees, buildings, etc.; electrocution, by accidental contact with overhead power lines. Although they may appear to be easy to use and move, the reality is that AWPs require precise technical knowledge and the adoption of specific precautions, both for the safety of the operator and of any third parties who are operating in support or merely passing by. AWPs are designed to perform a certain number of duty cycles, predefined by the manufacturer, indicated in the instruction manual. For this purpose, AWPs are often equipped with a cycle counter. When the required threshold is attained, the equipment must be revised. In detail, a "work cycle" is considered to be a process that involves starting from the primary position, the static execution of the work, and then return to the starting situation.

A remarkable number of AWPs types and models are available on the market, all designed for different operations. According to the type of extensible structure, and, therefore, to the elevation mechanism, they can be articulated, telescopic or pantograph type. Furthermore, according to the way they are moved, they can be divided into truck-mounted, towed (on a trailer), self-propelled (including baskets connected to telescopic booms), and connected to the three-point hitch of a tractor. As can quickly be expected, the last two categories are the most commonly adopted in agriculture.

The wide variety of available AWPs varies, also and above all, for maximum operating height, maximum capacity, the number of operators allowed on the basket (and related materials and tools), basket size, and useful reach (horizontal distance between basket and wagon). A further classification according to the location of the equipment travel controls is also possible: according to the regulations in force, it is possible to distinguish AWPs with controls positioned in the driver's seat of the vehicle or with ground-level controls, as well as self-propelled AWPs with controls directly on the basket.

The extendable part of the AWP, colloquially called "boom" and connected to the frame supports, enables it to be moved to the working position at height. It can consist of a single telescopic or articulated boom, but also of a scissor mechanism or a combination of all these. Besides, it may or may not rotate according to the base on which it is fixed.

The AWPs are driven by a hydraulic pump, which feeds some cylinders to carry out the necessary movements, the most important of which is the elevation of the working platform that houses the operator (or operators for larger models). The actuators are operated through valves electrically activated using switches, usually controlled by a joystick.

Some types of AWPs are equipped with stabilizers, that is to say, a mechanical structure consisting of support arms and legs with hydraulic cylinders aimed at widening the support surface, leveling the frame if working on sloping ground, and distributing the load more evenly.

The availability of increasingly advanced and reliable electronic components, combined with the adoption of sophisticated 3D design software with finite element modeling, has allowed the development of increasingly safe and reliable models. The chief development goals are the reduction of the operating weight and/or the increase of the payloads, achieved, above all, by using high-resistance and extremely high-performance materials. In several cases, special aluminum alloys have also been used, not only for the construction of the booms but also for the frames and hydraulic cylinders. The evolution of components for self-diagnostics should be underlined, which has allowed an effective increase in general safety and precision in maneuvers in particular.

To ensure an adequate safety level for the operators, it is essential to adopt the appropriate anti-fall PPEs: in addition to the mandatory helmet, there is the safety harness (with shoulder straps and leg loops), the anchorage device, that is to say, a connector (usually a snap hook) and the connecting piece between the harness and the anchorage, that is to say, the retaining lanyard.

In order to work on AWPs, a specific qualification is required, the so-called "license", which is issued only after having attended and passed the examination of a specific "Course for workers using mobile elevating work platforms with and without stabilizers", whose minimum requirements have been defined by Art  73 of Legislative Decree  81/08  and the subsequent State-Regions Agreement of 22.02.2012, lasting 8 hours for a single license (AWP with or without stabilizers), or 10 hours to achieve both. The "license" lasts 5 years, after which it is necessary to renew it, attending and passing the related exam which must last, at least 4 hours, of which at least 3 hours are dedicated to the subjects of the practice unit. 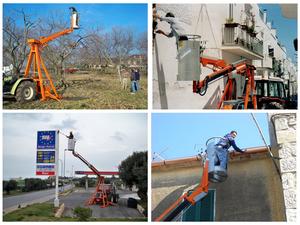 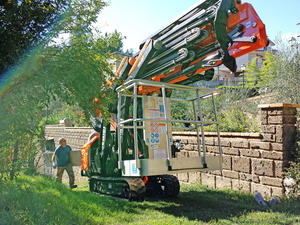 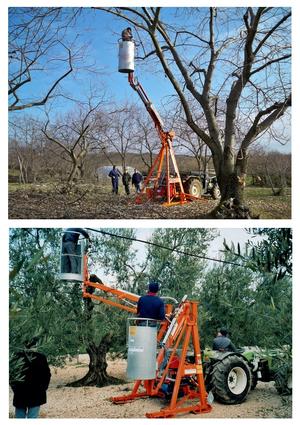 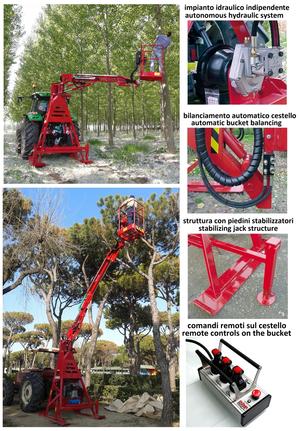 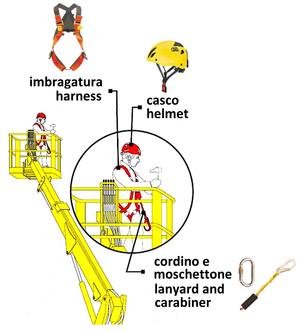 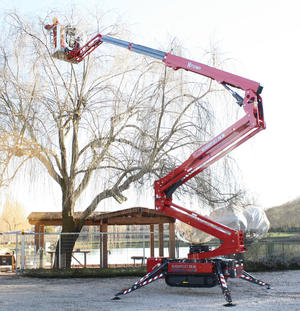