The Lombard company ADR has been present in India, in Pune, since 2016 with a factory specialized in the production of axles and suspensions. The city of Maharashtra is a hub of the Indian automotive sector and is therefore an ideal location for ADR’s local activities 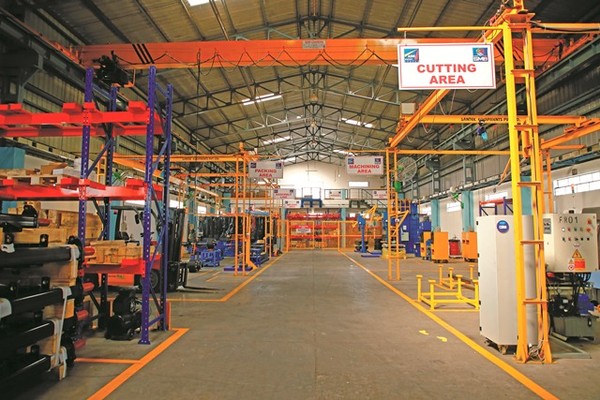 The online magazine Businessworld writes that the city of Pune (in the State of Maharashtra), located in the district by the same name, 150 kilometers southeast of Mumbai, is one of India’s economic engines. Pune is in the top ranks of the subcontinent with regard to the weight of economic activities and per capita GDP. In particular, the city of Maharashtra can boast a strong specialization in manufacturing, in the Information Technology sector - and more generally in High Tech - as well as in higher education, thanks to the many academic centres and higher education institutions. But above all Pune, can rightly be considered as the capital of the Indian automotive industry. It hosts the Indian branches of companies such as FCA, Piaggio, Skoda, Land Rover, Jaguar, Volkswagen, in addition to the “home brands” Bajaj Auto, Tata Motors, Mahindra & Mahindra. In short, it is a vital and dynamic centre, and not only from the productive point of view, which is why for many years it has very attractive for Indian and foreign companies. Pune is home to the Indian branch of the company ADR from Varese (the headquarters are in Uboldo), specializing, among other things, in the construction of mechanical and pneumatic axles and suspensions for agricultural and earthmoving machines.  ADR Axles India Pvt Ltd - this is the name of ADR’s “bridgehead” in India - was established in 2016 and started operating shortly afterwards, in 2017, with a particular vocation for the production of axles and suspensions, and with significant investments in R&D. The goal of the Lombard company is to use new materials and to develop highly innovative solutions (just think of the “smart” Teknoax 2.0 axle) aimed at improving the efficiency of its components, especially as regards the applications of agriculture 4.0. Currently, the headquarters of ADR in Pune can count on about twenty associates and on an average annual turnover of one and a half million euros. “The decision to have a permanent presence on the Indian market - explains ADR to Mondo Macchina - stems from our diversification strategy, which concerns not only our product lines, designed for the agricultural, industrial and road sectors, but also the target markets of our models”. In this context, a scenario like the Indian one, which in 2018 recorded the sale of 800 thousand tractors, represents a strong pole of attraction for the agriculture division of ADR. This is confirmed by the fact that almost the entire production of the Pune plant (90%) is destined for the Indian sub-continent market, although in the medium-long term the intention of ADR is to increase exports to North America. “Pune is a hub for the automotive sector, therefore the ideal area for ADR’s growth in India. The induced business from the automotive industry - concludes the company - allows us to have qualified suppliers for the local development of the components and of the supply chain. This region has both suppliers and customers, which makes our logistics operations considerably easier”. 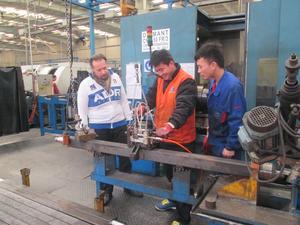