The Agrievolution Meeting held in Madrid focused, among the others, on the topics of disseminating technical information and of the education of farmers and technical staff. Several projects are being undertaken by important manufacturers, while FAO underlines that the development of agriculture itself requires investing on education 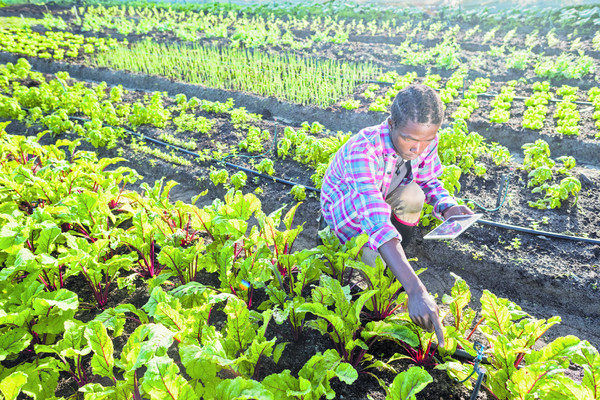 The way we do agriculture is changing radically, and as a logical consequence, the tasks and prerogatives of farmers are changing too. Today, and increasingly in
the future, those who work in the fields must necessarily learn to speak the same language as the machines, i.e. they must know how to move in an interconnected world and make the most of all the functionality of the mechanical means to reach
the productive optimum from the point of view of yields, sustainability, quality. The farmer of tomorrow will stay less and less on the tractor and more and more on the control panel of his farm, to coordinate machines and applications that work in perfect autonomy on the fields. In short, the farmer in the coming years will be a little less farmer and a little more engineer. Clearly, in this scenario training acquires crucial importance. This is true not only in the areas where agriculture
4.0 has already established itself, but also for the emerging countries where manual labour and animal traction still prevail. These topics have been discussed at the beginning of October in Madrid, during the Agrievolution Meeting, which was attended by renowned representatives from the agricultural machinery sector. In the more developed countries there is, above all, an issue linked to generational
change. “In the European Union - highlighted Emilio Gil, professor at the Polytechnic of Catalonia and project leader of the European project INNOSETA (Innovative Spraying Equipment Training Advising) - the vast majority of farmers occupy the most older age groups; only 10% are under 40 years”.
The situation is similar to that in Japan, where - highlighted Satoshi Ida, Senior Technical Advisor of Kubota Corporation - 64% of farmers is over 60 years old; while only a residual percentage, 12%, is less than fifty years old. In Europe, the
issue of the aging of the rural population is tightly tied to the training gap, a problem all the more pressing since the knowledge of the most innovative processes, techniques and technologies can really make the difference from the productivity point of view. Nevertheless, only 30% of EU agricultural entrepreneurs
received more or less specific training, while most - 68.3% - “learned the trade in the field”. The educational deficit also affects young people. There are significant differences from one Member State to another - this emerged during the Summit - however it is deeper in the Mediterranean region, especially in the specialized crop sector. To overcome the gap, explained Gil, a joint commitment is necessary by the European and national institutions, the Universities, the farmers’ associations, but also agricultural machinery manufacturers and dealers. Innovation in agriculture is not only functional for production, but also represents the lever through which to promote generational turnover thanks to an improvement in living and working conditions. It’s therefore no coincidence that in Japan young people are the main recipients of the Smart Agriculture initiative promoted by Kubota. There are three objectives of the training programme organized by the Japanese manufacturer: promote precision farming with a particular focus on data collection and use; encourage the introduction of automation and driverless driving technologies that reduce the costs related to human labour; promote the use of technologies (radio-controlled drones and mowers) that lighten workloads. The situation of emerging countries, on the other hand, is very different, especially in the African continent. Josef Kienzle, leader of the FAO Mechanization Task Team, spoke about Africa, and during the Agrievolution Summit he presented a scenario analysis related to African agriculture. “60% of the continent’s population - Kienzle said - draws sustenance from the primary sector, where small properties predominate. Only 5% of the land is mechanized, while animal traction is still used on 20/25% of fields. Despite attempts to modernize the sector, the hoe continues to be one of the most used tools by African farmers”. In this context, the systematic use of mechanical machines is crucial to rationalize and optimize cultivation systems, but the primary sector in Africa is facing a technological gap due also to the scarce possibilities of investment in agricultural machinery. In other words: low productivity levels hinder the growth of agricultural income and, consequently, prevent African agricultural companies from investing in those technologies that would instead allow them to increase returns and therefore the possibility of spending. Faced with limited financial resources, in Africa the lack of mechanization of small agricultural properties - Kienzle pointed out - can be overcome with the systematic recourse to subcontracting, but this requires a specific training course for the suppliers of such services. A path oriented on the one hand to provide the tools for managerial management of the contracting company, on the other to familiarize operators with agricultural machinery and technologies, especially those of agriculture 4.0. Specialized crops, artificial intelligence, sustainability, and new eating styles are profoundly changing not only the way of cultivating the land, but the very figure of the farmer, less and less in the field with a background ever closer to that of a primary sector professional. Agriculture therefore faces many challenges, the biggest of which is to feed a world population that in 2050 will reach 9 billion. To surmount the challenges - this is the message that emerged strongly from the Agrievolution Summit - it is necessary that farmers, governments, international institutions, agricultural machinery manufacturers and trade associations act as a system, encouraging innovation and and training a new generation of technicians and operators, professionally qualified and open to innovation.