Agrilevante. heading towards a record edition

Less than two months ahead of the opening, the international review of mechanization and technologies for Mediterranean agriculture is reporting gains over the previous edition for the area committed and exhibitors arriving. Also evident is the international calibration of the event, organized by FederUnacoma and the Levante Trade Fair Agency, with delegations of business people and political figures coming from a number of countries around Eastern Europe, the Balkans, the Middle East and North and Sub-Saharan Africa 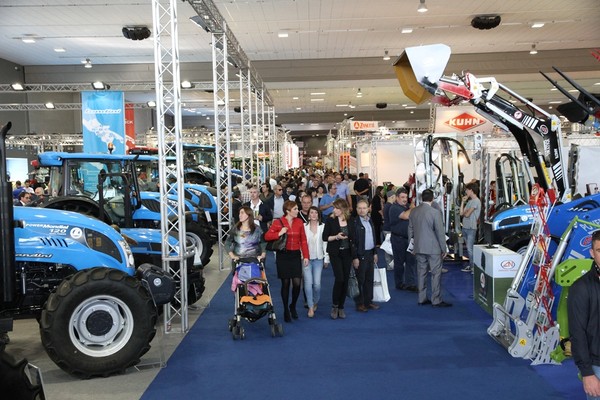 Preparations for the 2015 edition of Agrilevante are moving ahead at a brisk pace with the addition of final touches by the organizers of the review, the events office of the Italian Agricultural Machinery Manufacturers Federation, FederUnacoma, and the Levante Trade Fair Agency, completing the assignment of exhibition areas and the schedule of events. The review, scheduled for next October 15 to 18 in Bari, is one of the major events dedicated to agricultural mechanization and technologies for agro-industrial supply chains in the entire Mediterranean region. About a month and a half before the opening of the review, the request for exhibition space arriving from manufacturers of machinery, equipment and technologies for agriculture and non-professional farmers and for groundskeeping comes to 54,000 m², an 8% increase over the 2013 exhibition area, and the number of companies taking part has reached 310, a 10% increase over the previous edition. Beyong the statistics, success for Agrilevante will be measured mainly by the quality of the technical contents of the review and their strategic importance for the Mediterranean region. Planned for the 2015 edition is an Internationalization Area set up for business-to-business meetings of business people from abroad and the exhibiting companies. This section will host delegations from Eastern Europe and the Balkans: mainly Albania, Bosnia, Bulgaria, Croatia,   Romania, Russia, Serbia, Slovenia, Ukraine; Africa: Algeria, Angola, Congo, Egypt, Ethiopia, Kenya, Morocco, Mozambico, South Africa, Tunisia; and from the Middle East:   Iran and Turkey. In addition to activities set up for facilitating commercial contacts, organized by FederUnacoma and ICE, the Italian Foreign Trade Agency, are policy initiatives planned thanks in part with the cooperation with the Mediterranean Agronomic Institute of Bari, iam, with a long history of agricultural training and research in the Mediterranean countries. These initiatives will involve government and diplomatic representatives from Middle Eastern countries and especially those from North and Sub-Saharan Africa attending meetings, debates on strategies for the development of the primary sector, visits and guided tours for focusing on acquiring knowledge of the most suitable technologies for the geographic and social conditions of their various territories. Space will also be given to the sector of multifunctional agriculture in the M.i.A. Multifunctional Agriculture Salon, created by FederUnacoma, and Vita in Campagna, Life in the Countryside, managed by an Informatore Agrario publication of the same name. Following the positive experience of the previous edition, these two features will be returning to the field to again capture the attention of an growing number of business people in non-professional agriculture and enthusiasts of greenery and life outdoors. 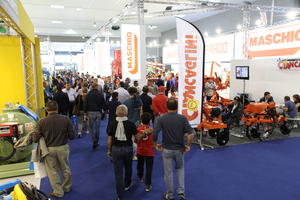