Growing demand for electricity and increased attention to sustainable solutions have led to increased areas dedicated to photovoltaic installations. One of the main challenges for the coming years will be the coexistence between areas covered by photovoltaic panels and land used for agricultural production

Italian peninsula extends between the 36th parallel (Sicily and Pantelleria) and the 45th (the Alpine chain). As a result, as well as depending on the time of year, the solar radiation impinging on the country's surface has significantly different intensities according to the area considered. It ranges from about 4 MJ/m2 in the North in winter months to more than 28 MJ/m2 in the South in summer, with a variation of about 700%.

Such variations logically drastically affect the production of electricity obtained from photovoltaic systems. Moreover, the efficiency of converting solar energy into electricity also depends on the characteristics of the material from which the panels and their photovoltaic cells are made. Besides direct power generation, it is possible to harness solar radiation at the thermal level, which has been used by private homes and some business facilities for several decades now.

The photovoltaic panels can be made up of numerous modules, consisting of several photovoltaic cells, capable of directly converting solar radiation into electricity to be harnessed on-site and/or fed into the grid, thanks in part to the intervention of an inverter. Such technology has made considerable strides in terms of conversion efficiency. The main types of a photovoltaic panel, based on silicon, can be amorphous material (cheapest, with an efficiency of about 8%), polycrystalline (with an intermediate cost and an efficiency that is almost double around 15-17%), and monocrystalline (the most expensive, but with the best efficiency, of 18-21%. Alongside these established types, HCPV (High Concentration PhotoVoltaic) cells have also been added in recent decades. They rely on the concentration of solar radiation through a lens, thus reducing the amount of silicon used per individual panel while increasing efficiency by up to 30%.

A further differentiation concerns stand-alone or grid-connected installations: in the first case, electricity is transferred exclusively to storage batteries, while in the second case, there are fixed locations where all or part of the electricity produced is fed back into the grid.

Besides better energy conversion, increased cell efficiency reduces the area occupied for the same amount of electricity produced. Fixed systems, typically those installed on top of structures, have a fixed orientation, so the most favorable mounting conditions must be carefully identified during installation. In large-scale installations, photovoltaic panels are often placed on specifically dedicated plots of land, even with relatively large areas. This solution, also known as a "solar park," has raised some ethical criticism regarding the purpose of land use and whether the land is suitable for agricultural cultivation. To solve the problem, specific solutions have been developed to better integrate PV within the agricultural production.

One of the main challenges of solar farms is the need to occupy sufficiently large areas to provide enough energy production to allow for quick system payback. However, this may become an issue if competition for areas potentially suitable for cultivation is established, as both uses require a certain solar exposure to ensure productivity.

The sector called agro-photovoltaics growing and seeks to harmoniously combine power generation through photovoltaic panels and agricultural production. Essentially, they are carefully designed and sized panels to blend in best within the crops: for example, they can be installed, as individual elements or in series, over orchards and vineyards, in the latter case making use of existing poles or special structures, usually made of steel. At the design stage, it is essential to study their proper placement carefully to promote the interception of light radiation at the inter-row, avoiding as logical that shading interferes excessively with plant photosynthesis. To promote the application of this new technology, funding of as much as 1.5 billion euros has been earmarked by the NRP in 2022 to be allocated based on specific calls for proposals.

Solar farms under agro-photovoltaics have been installed (or are in the process of being completed) in various parts of Italy. For example, in Franciacorta (BS), at the Villa Crespia estate, photovoltaic panels have already been installed 11 years ago above the vines for an extension of 2500 m², with a total peak power of 200 kW

For example, in Franciacorta (BS), at the Villa Crespia estate, photovoltaic panels have already been installed 11 years ago above the vines for an extension of 2500 m², with a total peak power of 200 kW Mediterranean essences (almond trees, olive trees, lavender), forage crops, aromatic plants and medicinal herbs.

Designed to heat water for domestic or--more rarely--industrial use, the solar thermal systems can transfer the heat acquired to an exchanger fluid, which can then transmit thermal energy by convection to the water carrier.

For maximum efficiency of the process, the storage tank, suitably insulated, is placed very close to the panels. One limitation of this solution is the temperature range between day and night:  if it is high, it does not allow sufficient continuity of heat exchange efficiency. Therefore, such an option is not highly recommended in mountainous areas and northern Italy.

The PNRR for Agri-solar energy

In the latest PNRR (Recovery Plan) decree, measures are provided to reduce energy consumption in the agribusiness sector by increasing the use of renewable sources.

The upgrading of production facilities by installing photovoltaic systems on the roofs of rural buildings is envisaged. In detail, the text states the following:  “… the project aims to encourage the installation of solar energy panels over a total land-use-free area of 4.3 million m², with an installed capacity of about 0.43 GW, while at the same time carrying out upgrading of the production facilities targeted by removing asbestos/asbestos on roofs, where present, and/or improving insulation and ventilation...”. 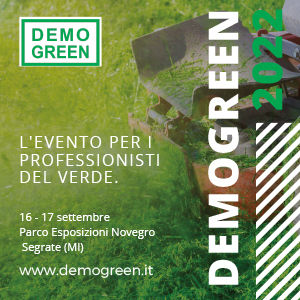