Biorefineries tested by an Operational Team in Tuscany

The COBRAF project – Biorefinery co-products, approved by the Rural Development Plan 2014-2020 of the Tuscany Region, promotes the launch of a solid model of bioeconomy, starting from four oilseed crops: camelina, hemp, safflower, and flax. All species that have been grown for thousands of years in Europe, but which are yet innovative for the current Tuscan cultivation system. These crops, which are extremely interesting from a nutritional and healthy point of view, need modern mechanization to optimize the yields of the supply chains related to them 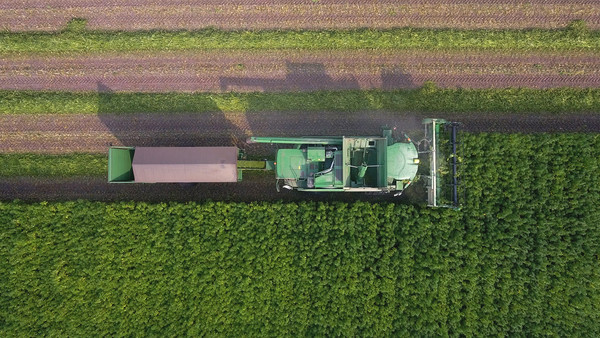 On June 25th, there was a lot of discussion in Italy on issues related to the environment and the economy of the future. The “Green Deal for Italy” event, organized by the Foundation for Sustainable Development with the Rai media partnership for seven-hour live streaming on Raiplay, kicked off in the morning. More than fifty experts, including politicians, leading figures in the Italian industry, representatives of the European institutions and intellectuals, have been brought together in this “green marathon” to draw up a development project that is up to today’s challenges. The debate was structured around six thematic focuses on energy, circular economy, and innovation, circular waste management, mobility, green city, agri-food system. Whereas, on the strictly agricultural side, on the same day the Accademia dei Georgofili organized a webinar to launch the COBRAF Project - Co-products by Biorefineries, funded by Measure 16.2 of the RDP of the Tuscany Region. This project, led by Chimica Verde Bionet, has the purpose of starting agro-industrial supply chains starting from the co-products of four oil crops and to create a regional logistic platform able to coordinate the supply of biomass deriving from them and to generate several biorefineries on the Tuscan territory. In this view, in line with the PEI-AGRI (European Innovation Partnership “Agricultural Productivity and Sustainability”) targets to which it belongs, the project has been structured in order to link research and advanced technologies, on the one hand, and farmers, rural communities, enterprises and consulting services on the other”. For COBRAF, an Operational Team has been set up with as many as nineteen partners (see www.cobraf.it). These include the four farms involved, which operate in different Tuscan territory areas, from Pisano to the Fucecchio Padule and the Valdichiana of Arezzo.

Their traditional productions, cereals above all, are affected by the crisis in the sector, as attested by the 12% reduction in the regional UAA in the last decade and worsened by the 2017 season drought, which led to a record drop in the production of durum wheat (-41%). This is why some farms have started to introduce innovative crops in rotation with cereals with the double aim of diversifying income opportunities and improving soil quality and the resilience of agroecosystems. The critical factor for the success of these choices is obviously the profitability of the new crops. To this end, the COBRAF project has identified four oilseed crops - camelina, hemp, safflower, and flax - of significant nutritional and health interest for the polyunsaturated fatty acids and other substances contained in the seeds and other parts of the plant. All crops that have been grown for thousands of years in Europe, but which are yet innovative for the current Tuscan cultivation system. As explained by Prof. Luciana Angelini (Department of Agricultural, Food and Agro-environmental Sciences of the University of Pisa), the choice of these crops was dictated by the fact that the following aspects apply to all of them: Low chemical input and water requirement; Easily mechanized; Easy insertion in cereal cultivation systems; Many products from the whole plant; Positive effects in the food, pharmaceutical, cosmetics, bioconstruction, and automotive sectors.

On the subject of mechanization, for the crops studied, conventional machinery is enough except for the hemp harvesting phase (see Box). As far as hemp is concerned, - explain Beppe Croce, executive director of CVB - the first issue is caused by the plant’s irregular height and the fiber’s resistance, which, if it is wrapped around the rotating axes of the threshing machine, can block the gears and melt the engine. Therefore, it is essential to use modern straw-chopperless and axial thresher harvesters at reduced speed. The most important target would be to have a piece of machinery able to make a double harvest of stem/flowering tops (or stems/seeds). There are already cases of “double comb machines” in the US and Europe, but these are high-cost machines, while Italian growers would need smaller machinery capable of adapting to hilly grounds.

Going back to the possible uses of the products, these can be used in the nutraceutical and cosmeceutical sectors, which are rapidly growing in Italy (+7% per year) and worldwide.

Residual oilcakes from oil extraction are also useful for innovative applications, such as for adhesives for the wood panel industry. Flax and hemp straw, rich in fiber, suitably processed, are employed for a variety of manufacturing purposes.

The COBRAF first phase of the project confirmed the Tuscan industry’s interest, particularly food, pharmaceuticals, cosmetics, construction, and camper industry. Clearly, there is no lack of critical issues to be addressed and solved. For example, the farming world has little experience cultivating these species, particularly if designed with integrated and organic farming methods.

Moreover, there is a lack of suitable first processing systems: in Tuscany, there are several innovative technologies in the field of oil extraction, but with no relation to the local agricultural world.

Furthermore, there is no first processing plant for hemp and flax straw throughout Central Italy.

This project, obviously, is intended to inform about the results of the tests carried out, and the good practices achieved through a series of workshops. The digital edition of EIMA International, next November, could be an excellent opportunity for a global diffusion on a world scale.

The COBRAF project and agricultural mechanization

The demand for innovative mechanization concerns all the crops studied in the project and, in particular, hemp, both for the harvesting of the seed (or flower) and the stems in the field and for the separation of the fiber from the hemp. Regarding the harvesting process, we mainly use adapted machines, combine harvesters and forage mowers, with considerable loss of seed and stems and the need for a second step in the field. There are some specialized double harvesting machines in Europe, among which the best known are the Double Cut Harvesting Machine of the Dutch Hempflax, the Hemp Harvester of the Dutch Dun Agro, and a machine made by Claas specifically for flower harvesting. Although fast and performing in cutting, these machines do not solve the crucial problem usually encountered with modified combines, namely the loss of a significant part (30-40%) of the hemp seed during harvesting. Over the last fifteen years in Italy, projects have been developed in various regions, but have remained in the prototype phase, as confirmed by CREA-IT through the “Panacea Project”.

This is why COBRAF provides field trials of joint seed/straw or flower/straw harvesting systems with double or triple adjustable mowing bar prototypes. For each trial, the following will be assessed: Forward speed, loss in percentage of seeds during cutting, and sorting the cut stems. The results will be compared with the traditional method of separate harvesting of seeds or flowers first, and the stems later (combine harvester + cutter bar or loaded forage harvester + cutter bar), which will be used for harvesting in the COBRAF demonstration fields. During one of the two visits, a National Discussion Table with at least five hemp harvester mechanization experts will also be organized. 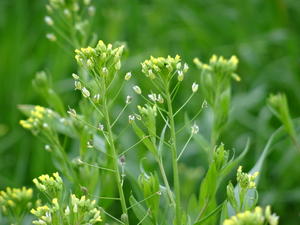 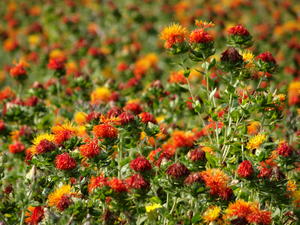 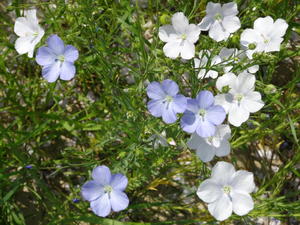 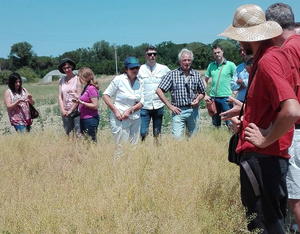 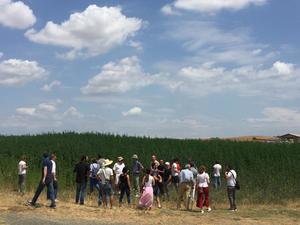