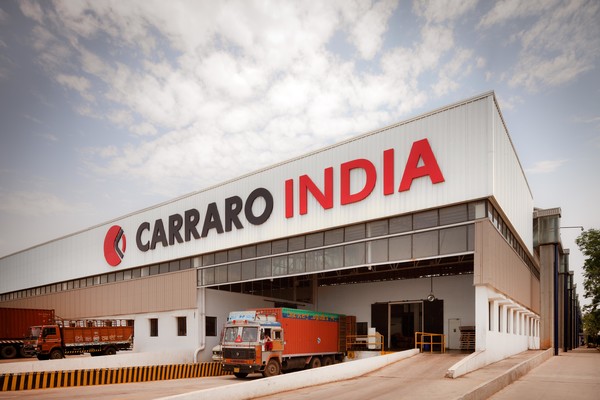 Carraro spa in India is a success story, and last year it culminated in an important result: in 2018, India was the leading market for the Group. Before entering into the merits of the economic result, however, let’s start from the beginning. In 1997, Carraro spa signed a 51 percent joint venture agreement with one of the largest Indian industrial groups, Escorts Ltd, leading to the development of a project to create a production centre in the Ranjangaon (Pune) area. The following year the cornerstone of the Carraro India Ltd plant was laid: an area of 36,558 square metres dedicated to the production of axles and transmissions, with a production that officially began in 1999. In 2005, after only six years, a second production plant - 20,880 square metres - was inaugurated in the same area, this time specialized in the production of gears and components. To confirm the interest in the Indian market, during 2006 Carraro developed other important expansion projects, first with the acquisition of the entire capital of Carraro India and subsequently with the creation of a new centre in Carraro Technologies India in Pune dedicated to research, development and the design of new products. The expansion project continued, in parallel with the growth of the local market, and, in October 2013, the Group further consolidated its presence by inaugurating the new headquarters of the R&D centre and a new production line for the production of advanced transmissions for agricultural tractors with up to 120 horsepower. As for the R&D centre, it should be noted that the Group has consistently invested heavily in research and innovation, as demonstrated by the highly efficient transmission systems capable of optimizing the machines’ consumption levels and particularly advanced solutions that are keeping up with the times, such as the Hybrid tractor or the Mild Hybrid powertrain. These projects are conceived by the Engineering Department of Campodarsego (PD) in close collaboration with the R&D area of Rovigo. Going back to Carraro India, today we are dealing with a very well-structured reality, which has consolidated over time an indisputable reputation, both for the quality of its product offerings and for its ability to create employment: there are 820 people (of which 600 are workers) working at the Carraro India / Plant 1, and 520 (of which 390 are workers) at the Carraro India / Plant 2. Lastly, 60 technicians and engineers are associates of Carraro Technologies India Pvt. Ltd. Carraro won the challenge in India with a very precise strategy, namely specializing in the design and manufacture of products specifically designed for the needs of the internal market, with a “local for local” logic. In particular, these are transmission systems (axles and transmissions) for agricultural and earthmoving machines. This strategy has yielded results, so much so that in 2018, India became the Group’s first market of reference, with a share of 17.61% on a consolidated turnover of 624 million euros, +42.4% compared to 2017 - exceeding 100 million euros. The ranges of agricultural transmissions for tractors up to 50 horsepower are some of the most popular products of the Carraro range, conceived, designed and built for the Indian market. 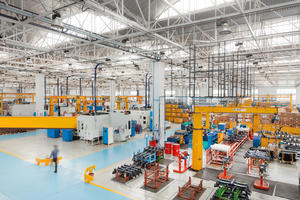