Almost thirty years have passed since the adoption of the export legislation but many operators remain convinced that export control refers only to the export of military goods. It is, therefore, necessary to have a correct picture of the requirements that businesses are bound to follow not to incur heavy financial penalties 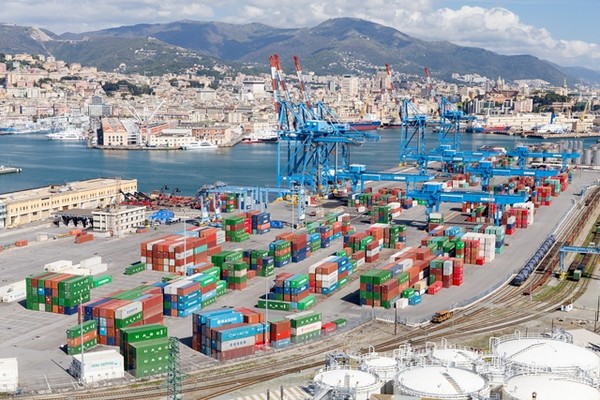 Export control consists in a set of requirements that the exporters must fulfill to ensure the verification of compliance with EU and Italy’s sectoral legislation of non-EU transactions of goods, services, technologies and intangible goods (including sums of money).

In Europe, the subject of export control has taken on a leading role due to the phenomenon of globalization, and of the international trade. Goods and services, once placed on the market, could be used not only for civil uses but also for aggressive purposes that must be prevented.

Starting from these premises, from the nineties, EU member states have approved increasingly strict and complex legislation, with a view to preventing that the supply of goods and services to specific individuals and companies or towards states located outside the Union represents a threat to European and international peace and security.

Although the subject of export control has been discussed for over thirty years now, business and industry operators (as well as legal professionals) are still convinced that the requirements to be fulfilled refer only to the export of military goods, munitions, and inherently hazardous goods.

But this conviction must be refuted. In general, a control must be implemented any time a transaction with a destination outside the EU territory is carried out. More precisely, corporate compliance in this context must be extended to all cases in which the export might represent a risk for the beneficiary, the transacted goods, and the geographical area to which goods are exported.

The violation of the prescri­ptions in this topic might have heavy consequences in terms of sanctions and can imply special administrative penalties as well as the imprisonment of corporate directors.

Here follows a detailed description of how export controls have to be carried out and of the arrangements that each business should adopt in case of non-EU transactions.

The control of the parties involved in a transaction

The first type of control must be carried out on the parties of a transaction. Beneficiary, end-user, and acquirer shall not be included in one of the lists adopted by the Council of the European Union containing the names of individuals who are not allowed to trade goods or services. The Service for Foreign Policy Instruments of the European Commission is in char­ge of preparing a European black-list, subsequently ado­­pted by the Council.

The control of the parties involved in a transaction must be executed scrupulously with regard to all the above-mentioned categories, provided that they are often different. The beneficiary of the goods is a non-EU resident who physically receives the goods, while the end-user is a non-EU resident who will permanently use the goods or will benefit from a service. The acquirer instead, is a non-EU resident owner of the contractual transport documents; he is generally the end-user’s trade partner. It will be appropriate for a business to be sure of the identity of beneficiary, end-user, and acquirer, by requiring a copy of their ID (in case they are individuals) or a copy of the company records (in case of legal persons) upon the confirmation of a purchase order.

The lists of the European Union imposing restrictions on specific individuals are updated on a regular basis. Therefore, the control of the parties involved must be carried out not only upon the reception of a purchase order but also during the processing of an export order.

The control of goods and services

Once the control of the parties involved has been carried out, it is necessary to determine if products and technologies can be freely exported or if they require prior authorizations issued by the Italian authorities. The control of goods and services demands major efforts and resources, as technical and juridical analysis is required. This analysis controls that a product as a whole (i.e., a machine) or its components (i.e., a Duplex steel bar inserted into a machine) does not appear in one of the lists of goods published by the Council Regulation (EC) No 428/2009 which define the export of dual-use items different from military products.

All the goods listed in these attachments, when intended for individuals or companies outside the EU, need a prior authorization issued in Italy by the Ministry for the Economic Development. (To this regard, special regulations have been adopted for the Russian Federation – No 833/2014, and No. 267/2012 for the Islamic Republic of Iran). The EU can place restrictions on the export of further products, even in the case they are not listed in Attachments I and IV of the above-mentioned Regulation, such as for example the trade embargos imposed on specific countries (i.e., Iran). A major change was introduced in Italy by the Legislative Decree No 221/2017, that provides for the possibility for the exporters to request the “Zero Licence”, an export authorization of products without any restriction or obligation.

In evaluating risks associated to exporting it is essential for a company to carry out a geographical control, in order to make sure that the goods or services are not intended to be used by individuals or companies located in areas subjected to trade embargos. These three types of control (subjective, objective, and geographical) shall be carried out simultaneously; it may occur that an export is intended for a subject who is not included in one of the European black-lists or concerns dual-use items for an area of the world on which the EU, adopting a special regulation, imposed an embargo.

As of today, restrictions are applied to many countries (see the chart). Whenever an export regards one of these countries, a virtual warning signal shall be lighted up for an exporting business in order to induce reinforced controls.

The company staff in charge of receiving and processing purchase orders shall be suspicious towards the real purposes of an acquirer, and in the case of dubious or ambiguous circumstances. This may happen when the acquirer is willing to pay a higher price for the products ordered, and if the acquirer’s headquarters are located in countries outside the trade network of the beneficiary or in a place that has nothing to do with the storage of a commodity. A virtual alarm should sound in all these cases.

Exports that are carried out in breach of the sectoral legislation may result in extremely heavy sanctions, up to 250,000 euros for the business involved, six years of imprisonment for corporate directors, as well as the confiscation of the goods.

To conclude, this overview highlights the crucial need for businesses to structure an export control system (internal or external). The compliance with the sectoral regulation may be ensured through training courses for the staff or the outsourcing of the various control functions. These functions, when properly carried out, are at the same time useful for the performance of a business and necessary to safeguard the international markets.

Council Regulation (EC) No 428/2009 sets up a Community regime for the control of exports, transfer, brokering and transit of dual-use items; regulation No 1236/2005 concerns trade in certain goods; EU Council regulations adopted in compliance with article 215 of the Treaty on the Functioning of the European Union concern restrictive measures towards third countries subjected to a trade embargo. In Italy, the issue is regulated by the Legislative Decree No 221/2017 which adapted the Italian legislation to the provisions set by the European Union and to the international agreements concerning dual-use items and technologies, sanctions relating to trade embargos and trade in equipment which may be used for torture. 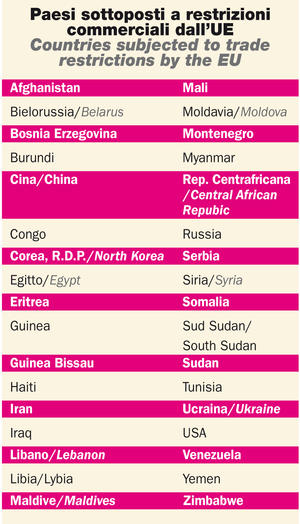