Over the next decade, in Italy, bioenergy will keep on developing, mainly targeting thermal energy and energy carriers (biomethane) for transport. Electricity generation from biomass will occur in smaller installations suitable for farms. This trend will demand further development of more efficient innovative technologies and lower investment costs 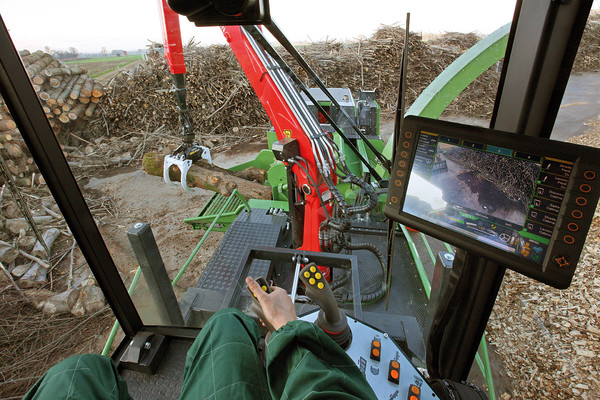 The Italian National Integrated Energy and Climate Plan (PNIEC) foresees the coverage, in 2030, of 30% of gross final energy consumption with renewable sources, in line with European targets, with an expected gross final energy consumption of 111 Mtep, of which approximately 33 from renewable sources. Such a target will have to be achieved by expanding all sources, both for electricity generation and thermal and transport uses. As regards specifically bioenergy, it is expected that there will be a significant reduction in installed electric power (from 4,135 MW in 2017 to 3,760 MW in 2030), modest growth for domestic and collective heating and cooling (from 7,265 ktoe in 2017 to 7,430 ktoe in 2030) and, finally, a significant increase (from 1,060 ktoe in 2017 to 2,337 ktoe planned for 2030) in the biofuels contribution to the decarbonization of the transport sector. These numbers - except for those involving biofuels - would seem to contradict the idea of balanced growth of the entire renewables sector, especially compared to the plans of other European countries, such as France and Germany, but this is only apparently true and must be seen in the light of a more in-depth analysis.

For instance, renewable electricity production from biomasses currently involves several large (tens of MW) and inefficient woody biomass plants, which will inevitably be phased out in the coming years since they will no longer be competitive. The same applies to medium-large power plants fueled by bioliquids because of the strict sustainability criteria for crude vegetable oils - starting with palm oil - and for the foreseeable end of incentives for this technology, which in 2018 alone accounted for about 22% of all electricity production from biomass in our country.

The combination of these factors, together with the conversion of a large number of biogas plants from electricity production to biomethane production, explains the expected reduction in installed capacity, which will not, however, result in a loss of importance of the sector. On the contrary, progressive development is expected due to the spread of small, decentralized plants (from a few hundred to a few tens of kW) running on biogas or fueled with woody residues from the agro-forestry sector - such as tree pruning, woody biomass coming from land maintenance interventions (forest care, riverbed cleaning, etc.) - at agro-livestock farms, sawmills, pellet factories, etc.

Shortly, the production of electricity from small-scale plants, suitable to be installed even by a single farm, will require further development of innovative technologies able to convert woody biomass into energy with greater efficiency than more conventional ones, with particular reference to gasification.

In this regard, a survey carried out last year on gasification plants in operation in our country has made it clear that this technology has definitely emerged from a "niche" dimension, with more than 270 plants (of which more than 83% are smaller than 200 kWel.) distributed throughout the country, and above all involves a variety of players (manufacturers, service providers, users), which all together make up a dynamic and rapidly expanding economic sector, with a focus on innovation. To this end, the research world is well prepared. For example, ENEA - which has, at its Trisaia Center, a set of pilot gasifiers among the most complete and advanced at European and international level - can act as a reference point and scientific and technological support.

The apparently modest growth of biomass used for domestic and collective heating (district heating) should be contextualized in the context of an overall reduction in gross final energy consumption for the thermal sector (from 55.8 Mtoe in 2017 to 44.3 Mtoe in 2030), also related to the planned interventions of efficiency improvement of the building stock, and wide diffusion of heat pumps, to which is added the forecast of less severe winters.

However, there could still be room for broader use of woody biomass for heating, as long as it is linked to the spreading of the most modern combustion technologies to replace old, less efficient, and more polluting plants. Nevertheless, the main challenge for the future of bioenergy production in Italy is linked to the realization and spread of territorial supply chains of production/supply of biomass for different uses, providing the quantities required by the market and ensuring adequate quality standards, thus reducing imports from abroad.

This is particularly true for solid biomass, where we are witnessing the paradox of a country owning a substantial forestry heritage (36.4% of the entire national surface area) but using it extraordinarily little. In Italy, wood harvests account for about 18-37% of annual biomass growth compared to an average of 62-67% in southern Europe. The lack of governance or active management of many wooded areas leads to neglect and, consequently, makes them more prone to fire and less effective in fixing CO2 and fighting the hydrogeological instability phenomena.

Given that in Italy the woody biomass consumption is in the order of 20 million tons/year, and that the national biomass production, from forest cutting operations and, to a much lesser extent, from dedicated tree crops (poplar), is estimated at around 4-5 million tons/year, it is clear that the adoption of measures aimed at promoting the sustainable use of national resources would have positive effects not only in economic terms but also in terms of employment and depopulation of the mountain and rural areas, as well as promoting the development of an industrial sector, such as forest mechanization and the production of solid biofuels (pellets) in which our country has a long experience and the number of companies that are often true excellence in the sector.

Bioenergy can meet the demand for renewable energy in any form. Still, the sector of most significant interest with correspondingly more excellent growth prospects is that of transport where, as foreseen by the RED II Directive proposal and by the PNIEC, the demand for biofuels - and particularly advanced biofuels, obtained from residual biomass and organic waste not in competition for land use with agricultural production for food or animal feed use - will progressively grow.

With specific concern to advanced biofuels, PNIEC envisages exceeding the specific target set by the RED II Directive, equal to 3.5% by 2030, to reach a contribution in the order of 8%. This target will be achieved for 75% through the use of advanced biomethane and for the remaining 25% through other advanced biofuels. For advanced biomethane from agricultural waste and the organic fraction of municipal solid waste (FORSU) from a separate collection, the release for consumption of 1.1 billion Sm3 is expected in 2030, equivalent to the entire volume of natural gas used in Italy in public and private transport in 2018.

The introduction of biomethane as a fuel for transport will occur gradually, most likely starting from the fleets of public transport vehicles supplied by centralized plants built at OFMSW collection and treatment sites. Afterward, with the increase in the number of plants - not only from OFMSW but also from biomasses of agricultural, livestock, and agro-industrial origin - connected to the gas distribution network, biomethane, mixed with natural gas, could be supplied by the road and freeway fuel distribution network to fuel private cars. In prospect, then, biomethane could be used in the liquefied gas form (bio-LNG) to power long-distance heavy transport vehicles, trains, and motorboats.

On a more general note, since biomethane is the same as natural gas, once injected into the methane pipeline network, it can be transported anywhere and used in place of imported methane, both for domestic and industrial uses and for electricity generation. Some numbers: in 2019, imported methane covered 93% of national consumption, and production from our fields only 7%. The most reliable estimates of the potential for biomethane at the national level are about 8 billion m3/year, nearly double the 4.85 billion m3 extracted in 2019, and correspond to 10.7% of current consumption.

Today in Italy, biomethane is mainly produced by plants powered by the organic fraction of municipal waste from the separate collection. The main reason why little use is made of fermentable agricultural biomasses (as in France and Germany) is that the costs of biogas upgrading technologies, i.e., the separation of methane from CO2, are still quite high, and Italian agro-livestock biogas plants are mostly small, thus suffering from economies of scale. Finally, as far as liquid biofuels are concerned, those currently used (biodiesel, ethanol, and ETBE), being chemically different from hydrocarbons, still have compatibility problems that limit their mixing percentages with diesel and gasoline and are totally unsuitable to be used in aircraft engines. For these reasons, conventional or first-generation biofuels will have to be replaced in the future by new types of products, advanced biofuels, and the so-called "drop-in" biofuels, basically similar to fuels of fossil origin and obtained, using different technologies, both from raw materials of agricultural origin and from residual biomass. 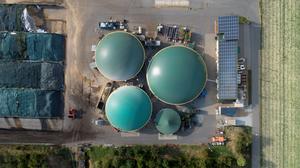 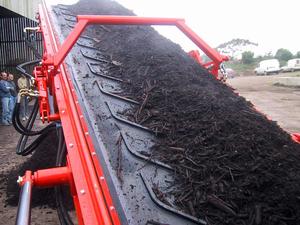