Sustainability is at the heart of Fieragricolas 114th edition

Fieragricola’s 114th edition will be held at the Verona fair. The exhibition is spread over 67,600 net square meters, 10 pavilions, and two external demo areas. A great deal of space will be devoted to agricultural mechanization with a calendar rich of conferences and thematic meetings, together with B2B meetings with foreign delegations 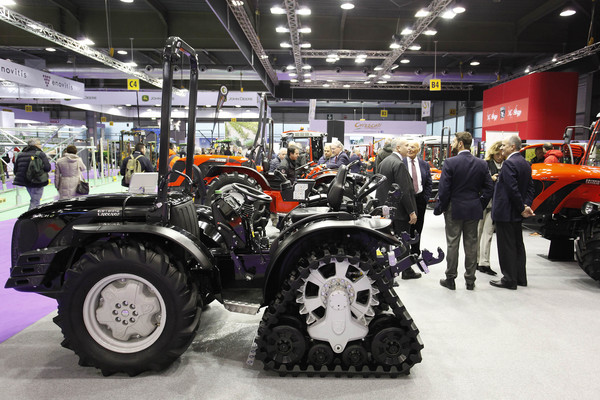 Fieragricola’s 114th edition, the international agriculture event scheduled in Verona from Wednesday 29 January to Saturday 1st February, confirms its role as one of the most important events on the European stage. This is testified not only by the contents, all of a high profile but also by the numbers of this edition: 10 pavilions set up, 900 exhibitors (+ 8.2% compared to the 2018 edition), 67,600 net square meters (+18.7%) the area, two the external demo areas (for a total of 9,500 square meters).  And more: 800 cattle on display (+14.3%) and more than 130 meetings among conferences, in-depth analyzes, and training courses scheduled over the four days of the event.

A cross-sectional event. From animal husbandry to quality crops, from renewable energies to forestry activities, Fieragricola’s 114th edition confirms its “cross-functional” vocation thanks to an intersectoral approach that emphasizes environmental sustainability, new markets, and innovation, with a strong focus on precision farming. Issues concerning internalization will be dealt with through a full calendar of B2B meetings between exhibitors and foreign delegations. The issues related to internationalization are also highlighted through a busy schedule of B2B meetings between exhibiting companies and foreign delegations. Such meetings are organized by ICE-Agenzia, FederUnacoma, and Verona­fiere which have selected around 35 operators coming mainly from Africa and Eastern Europe, but also Vietnam and the Arab Emirates.

Mechanization in the foreground. In a cross-functional event like Fieragricola, an important space for agricultural mechanization - organized by VeronaFiere in collaboration with FederUnacoma – could not be left out as all the main Italian and foreign manufacturers are present. Indeed, five out of ten pavilions (1, 2, 6, 7, 8) are devoted to agricultural machinery and tractors, while two other pavilions, 4 and 5, are dedicated to technologies for the cultivation of vineyards and orchards.

That is to say to those high value-added crops which have always been “bearers” of the biodiversity and wealth of Italian and Mediterranean agriculture, and which in recent years have been gaining increasing importance in the international production landscape.

The expansion of Fieragricola’s exhibition offer also affected the dynamic areas, those dedicated to “live events”, which have grown by 26% compared to the 2018 edition, for a total of 9,500 square meters.

Innovative and sustainable agricultural machinery. The space dedicated to agro mechanics, focuses on themes related to sustainability and innovation, as explained by Flavio Innocenzi, commercial director of Veronafiere.  «Fieragricola has in its DNA the promotion of new technologies which are powerful means of innovation necessary to reduce emissions and contribute to the environmental protection of the planet and which, at the same time, help to improve production performance. In fact, to respond to the significant growth in global food demand resulting from the increase in the world population, it is essential to stimulate progress which inevitably also passes through precision agriculture and more modern agricultural means”. As confirmed by important research conducted at the university level.   Among these, a study on horticultural crops (including tomato) conducted by the universities of Milan and Genoa, in cooperation with Conserve Italia, has quantified the benefits of precision farming to a range between 70 and 160 euros per hectare.

From mother regulation to precision farming, a wide range of conferences. There is a wide range of thematic events scheduled during Fieragricola and dedicated to mechanization. On Thursday 30 January, agriculture 4.0 will take center stage in the conference promoted by Informatore Agrario on the theme of “Precision farming profitability”, with a focus on agricultural mechanization, analysis of big data and the Internet of Things (IoT). Still on Thursday 30th, the award ceremony of the “contractor of the year” competition will be held, an event organized by Edagricole - New Business Media in collaboration with the Italian Agromechanical and Agricultural Confederation (CAI).   Subcontracting will also be the focus of the talk show promoted by Uncai on the main current issues of the sector. 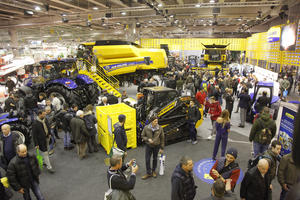