The ecosystem value of urban trees

The imposing development of urban areas makes the presence of wooded areas increasingly necessary, producing positive effects in ecological as well as psychological and social terms. Technology supports this “green” strategy with a range of specific machinery, covering operations such as transplanting, pruning, and waste management 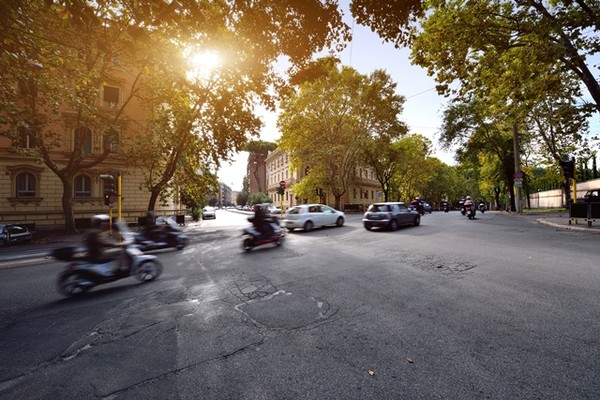 The worldwide concentration of population in urban areas, which in 2050 will reach 70% of the total, together with the loss of agricultural land brings, if growth is not well planned, a whole series of negative effects on human health and well-being. Indeed, urbanization with a high population density tends to worsen human quality of life and to reduce the biodiversity of plant and animal species. Urban greenery in general, and that of plants in particular, combats these phenomena, bringing environmental, economic and social benefits which, collectively, are called ecosystem services.

Among the ecosystem services, those with an effect on the environment are the most easily perceived by people; however, those with socio-cultural and economic effects are no less important. The following is a quick presentation, with particular reference to plants in the city.

In the current scenario of climate change, the effects of plants on climate regulation, on the best management of violent rains (water bombs), and on the reduction of wind speed are obviously of great importance for the life and well-being of people living in the city.

Especially in large urban centres, microclimatic zones are created in which the differences in temperature, compared to extra-urban areas, are particularly strong. These overheating situations, particularly felt in the summer, are called “heat islands”. There are many causes ranging from: excessive overbuilding, the intensification of traffic and activities, heating and cooling systems that discharge heat outside buildings, and lower circulation of air caused by building concentration. There are several possibilities to reduce the rise in temperature, including the creation of green and wooded spaces. For example, in the summer, on walls shaded by trees or covered by creepers, at the end of sunny days the temperatures are significantly lower (even 10-12 °C) compared to other situations. This allows reducing indoor air conditioning by up to 50%. Among plant species, the tree is considered to have the greatest cooling potential, thanks to evapotranspiration, and shading, thanks to its foliage, so its presence greatly contributes to reducing the effect of the “heat islands “. Specific measurements revealed differences in temperature between the area under the canopy and the asphalted area 3 metres away, from 3 °C to 5 °C at various moments, and 1-3 °C as a daily average.

Trees, with their foliage, mitigate the violence of torrential rains, and their root systems makes the soil able to absorb part of the rain. In the absence of trees or any form of vegetation, rainwater flows to the surface causing dangerous water problems, such as flooding and erosion.

The positive effect of vegetation and plants in particular on air quality is remarkable. It concerns both the reduction of CO2 and the reduction of air pollution. This result is achieved through complex mechanical, physical and biological mechanisms. Through the photosynthesis process, plants absorb carbon dioxide. Carbon sequestration depends on the size of the leaf surface, whose detection through aerial photos allows to calculate its value (tonnes of sequestered carbon/ha year) with specific formulas. These calculations must take into account not only the species present, as the absorption capacity is not the same for all species, but also the age and other characteristics such as the development of the canopy, the height, etc. The ability of plants to limit air pollution also depends on these parameters by reducing particulate matter (PM) with different efficiency depending on the species.  To this we must add the attenuation of the noise generated by traffic and other activities, by the plants arranged in a hedge in order to create a protection screen.

There are now several studies showing how important the presence of plants in the city is to mitigate the effects of excessive human pressure, and also to maintain biodiversity. There are many native species, both plant and animal, able to live in the difficult conditions of urban areas. It is therefore important to create suitable well-structured and possibly connected green spaces in order to create real green infrastructure capable of guaranteeing the numerous and important environmental benefits mentioned above.

Precisely in consideration of the services rendered by plants in the city, the fight against climate change can be an opportunity to push the public decision-makers to rethink urban development by investing more in trees and green spaces. That is, to have a strategic vision to promote a city model that is “climate smart”.

The use of green spaces, in addition to the personal benefits deriving from the possibility of living outdoors and in contact with nature, offers the possibility of increasing social cohesion by reducing isolation and marginalization especially for elderly people. It has also been shown that being able to see glimpses of nature and green landscapes from one’s home offers significant psychological advantages and improves the sense of well-being. Moreover, several studies show the therapeutic action of green for the treatment of many diseases.

Green spaces play a particularly important role for children and adolescents, that is, for a digitalized generation that, increasingly immersed in a virtual reality, risks losing contact with nature and with the beauty of real landscapes. Promoting green culture in young people means giving them a pedagogical lesson for a better knowledge of real things. However, it is necessary that the green structures are attractive, with well-equipped play areas and, above all, safe for the free enjoyment of those who frequent them.

An obvious economic benefit is given by the greater value that properties acquire thanks to the presence of ornamental trees and green areas. The increase in real estate value varies according to conditions and can even surpass 10% compared to buildings located in areas without trees. The difference between these two situations is clearly demonstrated by commercial valuations.

On the other hand, it is more difficult to attribute an economic value to the complex of ecosystem services that plants offer to citizens. Many studies have been carried out on this topic and specific algorithms have been developed that take into account the different parameters that characterize both the arboreal wealth (species, age, height, trunk diameter, crown size, health status etc.) and the services provided (improvement of air quality, carbon sequestration, control and regulation of rainwater, energy savings, increase in property value, etc.). Economic valuation is important as it allows the public decision-makers to make known the economic return on investments and maintenance costs for trees.

Among the software developed, one of the best known is “i-Tree”, which has found several applications in the USA and Germany, less in France and even less in Italy. For example, on Arbor Day (celebrating trees) in Chicago, to raise public awareness the Morton Arboretum placed a label on each tree indicating the value of the services that the tree will provide to the community in the next 15 years. There are several other methods of economic valuation of trees, such as the American Council of Tree and Landscape Appraisers (CTLA) method, the New Zealand Standard Tree Evaluation (STEM) method, etc., through which it is possible to demonstrate that the benefits brought by trees outweigh costs. In a nutshell, we can say that from all these studies it emerges that the benefits always outweigh the costs, with a cost-benefit ratio of between 1.3 and 3.0. This means that every euro spent on trees produces benefits between 1.3 and 3 euro.

The management of the urban arboreal wealth goes from planting to maintenance and removal, and must be implemented in a dynamic and sustainable way, in order to enhance the ecosystem services that trees are able to provide.

The selection of plant material is certainly one of the strengths for planning green cities. Climate change, with increasingly hot and dry summers, must guide the choice of the type of trees to be planted. The general principle is to prefer native species, more resilient to adversity, and to vary the type of trees. This is so as not to have extensive tree coverings of the same species subject to the risk of extinction due to strong parasitic attacks, which are not always controllable. Some examples of species with a good resistance to high temperatures and drought are the Maple (Acer opulus), the Bagaloro (Celtis australis), and the Ash (Fraxinus ornus).

Another element to consider when planting is the nature of the city’s soil, which certainly does not offer good guarantees for the tree’s development. The causes include widespread use of concrete, excessive compaction, and the lack of fertilizing elements and organic matter. It is therefore important to offer a quality substrate to the plants, rich in organic matter and with easily assimilable fertilizing elements and with a good structure, so as to encourage the development of the root system. The market offers a whole series of soil amendments that can perform well under the most diverse conditions.

The hole for receiving the tree is usually done with an excavator bucket. In the hole, around the root ball of the root system, it is advisable to place a drainage pipe, one end of which must come out of the ground. The machines used for mechanical planting can be rootballers or grubbers-transplanters. The first, essentially used in the nursery, carry out only the removal with the root ball of the tree. The second, in addition to performing the removal, also carry out planting.

On an adult tree, the operations essentially concern: checking the health status, whose outcome can lead to felling if the tree does not give sufficient guarantee of stability; defence against parasitic attacks, for which chemical treatment must be limited to the indispensable, giving preference to biological control; pruning, avoiding drastic cuts and topping.

All these actions must be planned. In particular, planning must concern planting, felling, replacement and pruning. The felling of trees should not be carried out only following sudden crashes, caused by atmospheric events or by parasitic attacks, but should instead be planned according to the knowledge of the state of health of the trees, ascertained through the census and the necessary checks. Felling must always be offset by planting new trees following a well-defined replanting plan. The same goes for pruning. In pruning, the crown reduction must be carried out correctly and limited to the indispensable. Drastic prunings expose the tree to serious parasitic attacks and reduce its photosynthetic and heat mitigation capacity.

Related to pruning, the treatment of pruning residues is carried out with chipping machines. Models mounted on a wheeled frame are preferred when working in cities and on tree-lined avenues. They can be divided into those weighing less than 750 kg, suitable for branches with a diameter of less than 150 mm, and the heavier ones, capable of chipping branches of a larger diameter.

Pixy and Worky Quad: high versatility for the compacts by Cast Group 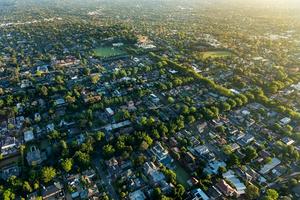 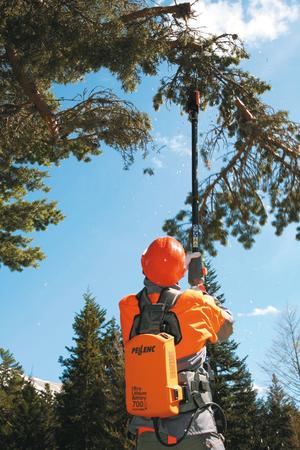 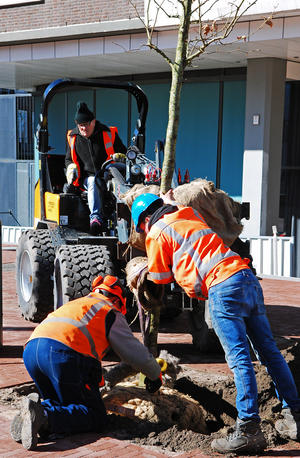 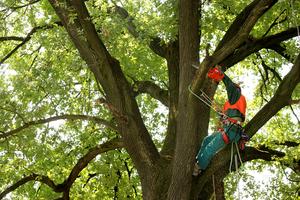