The evolution of chopper-mixer wagons

Since the 1960s, the spread of the unifeed ration in livestock farming has undoubtedly been favored by the availability of mixer (chopper) wagons. Ever since, this solution for feeding the herd has become an absolute reference, also due to wide range of models, combined with the possibility of providing increasingly "precise" rations 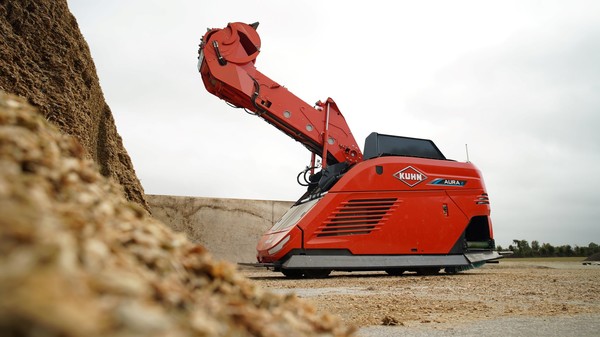 Feeding represents one of the main cost items in livestock breeding, which can reach 45-55% of the final product's value (milk or meat), depending on the species bred, the production level, and the number of products purchased on the market.  However, given the current knowledge on the welfare and quality of animal origin products, to ensure the economic sustainability of livestock farms, it is no longer conceivable to act only on the cutting of costs. Instead, it is essential to increase feed efficiency by resorting to high-quality livestock feed and by adopting technologies for preparing and distributing rations that can improve the nutritional efficiency of farm animals.  In such context, the chopper-mixer wagon has been technologically upgraded from being a "simple" operating machine to a tool for the precision management of animal feeding.

These machines became widely used around the 80s of the last century when beef cattle farms' success led to an attempt to introduce the unifeed technique in dairy farms, characterized by rations rich in dried meadow fodder or silage. It is no coincidence that the first chopper-mixer wagons were equipped with a vertical auger mixing system, whose main feature is still that of helping the quick loading of large quantities of hay into the mixing box without causing undesirable twisting of the augers. This type still characterizes 50-55% of the chopper-mixer wagons operating in Italy.

All the described solutions ensure excellent performance in ration preparation. However, technical progress has led to a constant improvement of the most critical aspects of chopping-mixing wagons, such as: the nutritional composition variability of forages; the difficulty in maintaining a continuous chopping length of long-fibre components; the selection that animals constantly make on the intake favouring the tastiest parts.

The digital evolution of the technologies adopted, and the consequent wide availability of sensors has made it possible to measure the single feed's nutritional content, in particular of the ensiled components.

The quantification systems of the single ingredients of the ration are unable to consider this variability since they are designed to load predetermined quantities of product in terms of weight, whose nutritional content and moisture can, however, be subject to considerable variations.

It is, therefore, beneficial to be able to constantly monitor the actual content of crude protein, NDF (neutral deterse) and Adf (acid deterse) fibres, lipids, starch, and ash of each loaded feed, to verify the actual compliance with the composition of the ration, as formulated by the company nutritionist.  All this is now actually achieved through NIR spectrophotometry, using dedicated sensors installed near the desilter apparatus.

In this way, with NIR sensors, it is possible, from a standard composition, to analyze the nutritional potential of forages directly during the loading phase, modifying, if necessary, in real-time, the required amounts, recalibrating the weighing, to obtain a tolerance of ±2% from the optimal nutritional value.

To better control both the animal's selection of the most palatable ingredients and the level of chopping of the mixture, optical sensors have recently been applied in the machine's box, which can analyze the chopping length of the long-fibre components, alerting the operator when the desired size is obtained.

The preparation and subsequent distribution of food rations are routine operations, carried out daily and at strict timetables, following a codified procedure in terms of quantity and order of loading of food, chopping and mixing times and loading-unloading logistics. As a result, it is possible to automate the process fully.  For some time now, both automatic feeding systems (which will be the subject of a later presentation) and robotic, i.e., driverless, chopper-mixer wagons, have been available.

These machines are self-propelled and can move autonomously along pre-established routes, employing specific transponders (installed inside the facilities) and through satellite signals (in outdoor areas).

These robots, typically with vertical augers and a body capacity of up to 8 m3, can pick up and load feed directly from the relevant storage sites (i.e., trenches for silage, silos for flour, barn for hay fodder, etc.) with a loading accuracy of ±1 kg.

Once the mixing is complete, the robotized wagon reaches the barn and evenly distributes the mixed product over the entire front of the troughs, according to the predefined quantities for the various groups of animals.

For safety reasons, these models are equipped with sensors that constantly scan the area around their position to immediately stop if foreign bodies are detected along the paths to be followed.

The electrification of agricultural machinery is a very topical issue of considerable interest for the livestock sector, both for the convenient configuration of production environments and the possibility of self-supply of energy from renewable sources (e.g., photovoltaic and biogas).

There are many reasons for this approach, such as the autonomy from fossil fuels (diesel fuel in primis), the considerable reduction of polluting emissions (combustion fumes and noise), the availability of increasingly high-performance battery packs, the high efficiency and simplicity of construction of electric engines.

On the other hand, the persisting critical aspects concern the operating running time, the maximum power that can be installed, and the useful life, weight, size, and recovery and/or disposal at the end of the batteries' life.

Besides, chopper-mixer wagons are particularly suitable for electrification since, even though they are constantly used during the year, they work on a daily basis for a relatively limited time, thus allowing a safe recharge of the batteries.

The working capacities of electric models are similar to the conventional types, i.e., from 5 up to 21 m3 of body volume; they are usually equipped with vertical augers, with an autonomy of about two mixed, with recharge times between 3 and 11 hours. Quantifying energy consumption is not easy, as each manufacturer has adopted a different philosophy regarding installed power, not always linked to the box's volume.

According to some tests carried out by Research Centre for Engineering and Agro-food Processing in Treviglio with an 8 m3 electric chopper-mixer wagon, a unit consumption of about 3 kWh/t of unifeed produced (excluding loading phases) has been measured. Considering an electricity cost of 0.26 euro/kWh, the result is an expenditure of 0.78 euro/tonne of ration, an absolutely competitive value compared to the use of a standard chopper-mixer wagon.

The spectrometric analysis of NIR (Near InfraRed) emissions is an analytical method that uses the interaction of matter with electromagnetic radiation having wavelengths adjacent to those of the infrared.

The resulting signal depends on the sample's chemical-physical properties, which is hit by incident radiation during the analysis. These are then absorbed, transmitted, or reflected in variable parts.   The final result is the so-called "NIR spectrum", corresponding to the radiation absorption for any given wavelength and characterized by peaks referable to functional groups in the sample, which can be precisely identified.

The NIR sensor includes a lamp generating a light beam (with power Po, see Box), which passes through the food sample. At the output, the residual light (of P power) is divided into bands by a diffraction grating and sent to a bank of diodes, each of which measures the intensity of light as a function of its wavelength. The results obtained are compared with a calibration curve experimentally obtained for each food to reconstruct the chemical and physical composition of the sample analyzed.

Since the NIR spectral band (between 780 and 2500 nm) is mainly absorbed by C-H, O-H, N-H, P-H and S-H bonds, it is possible to perform quantitative analysis on components that integrate into their structure such bonds, i.e., water, proteins, lipids, and carbohydrates. 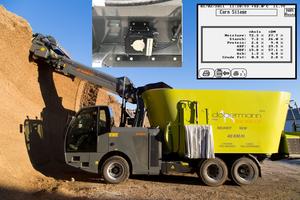 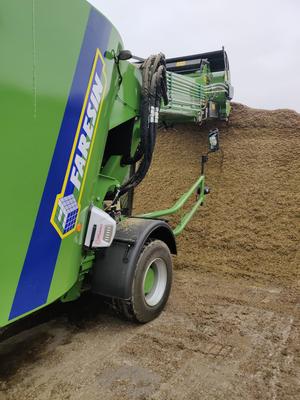 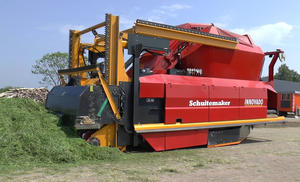 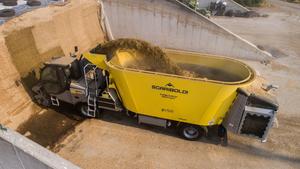 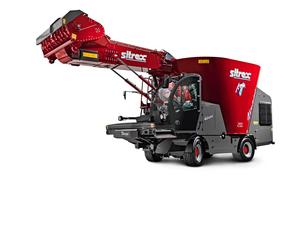