The high specialization of the Valpadana models 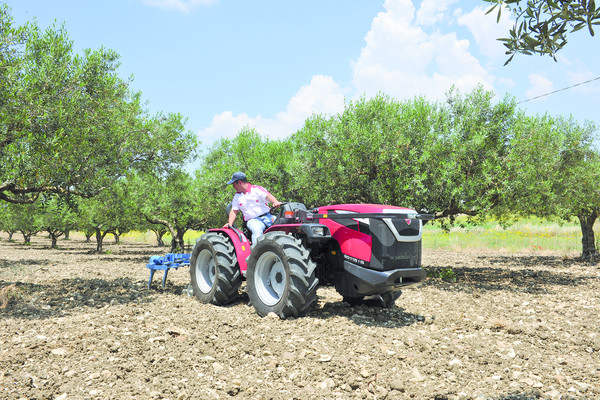 Valpadana will be present at Agritechnica representing the equal-wheeled and hyper-specialist families of the Argo Tractors group. In particular, the VP 9000 Series and the VP 4600 Series will be the protagonists of the stand of the Group from Fabbrico (RE). The first is a very versatile tractor, super specialized in the power range between 95 HP and 102 HP. Available with platform or cabin, it stands out for its high performance, reliability and safety. Also available in an articulated version, the VP 9000 Series mounts 2.9-litre Deutz TCD L4 engines, 4-cylinder and 16-valve, turbo aftercooler, with an emission level equal to Stage IIIB - Tier 4i. The exhaust gas treatment is provided by the EGR & DOC system without regeneration. The Engine Memo Switch is also supplied, allowing the operator to save and recall the engine revolutions with a button. The transmission consists of 4 synchronized ratios and 4 reduction ranges, for a total of 16 forward and 16 reverse speeds, with a mechanical Synchro Shuttle reverser and a creeper. The rear lift has a maximum capacity of 2,300 kg and a second-class three-point linkage. The system allows different types of fixed, extendable lifting arms, with fixed or adjustable lateral quick-release couplings. Up to four distributors served by a dedicated 50 l/min pump. The 4600 Series, compliant with the Mother Regulation, is composed of three motorized Yanmar models with three and four cylinders, with 23 HP with indirect injection and with 35.5 and 47.5 HP with direct injection engine. Available in ISM, ARM and VRM configurations, all monodirectional, the series features a powerful rear multi-disc braking system in oil bath, transmission with 8-speed forward and 4 reverse gear, independent power take-off, semi-independent for the VRM version, with dedicated multi-disc clutch in oil bath. The standard equipment includes a lift with descent speed regulator and a maximum lifting capacity of 1,500 kg.

VP 4600 is the ideal tractor for intensive cultivation in vineyards, orchards, greenhouses, nurseries and in the maintenance of public and private green areas. 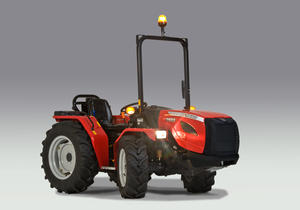