Agriculture and territory: an appointment in Foggia

The agriculture of southern Italy that, in the last few years had a good performance in terms of quality and quantity, is on display in Foggia at the 68th Trade Fair of Agriculture and Livestock. Machinery, technical devices and services are on display in a sector that has still great development opportunities. The focus is on the local hydrogeological disruption and on the possible solutions provided by farms and the mechanical industry 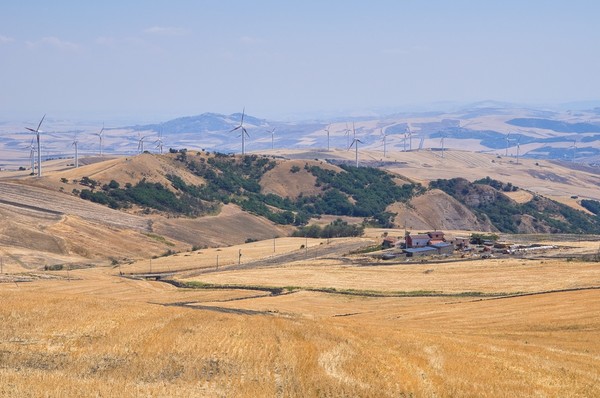 According to the Ismea Svimez report on agriculture in southern Italy published in February 2015, the Italian GDP in southern regions increased by 0.8%, against 0.5% recorded in northern regions. A small percentage that fosters hopes for a possible trend reversal supported by the good trend of the agricultural sector, increased by 7.3% in 2015, compared to 1.6% of central and northern regions. A decisive role in this context is played by the Puglia Region that, with about 1.3 million hectares of utilised agricultural area, more than 270,000 agricultural holdings, an outstanding quality of products on a national level (considering that 68% of table grapes is from Puglia), and 18 PDO and PGI products, plays a key role in Italian economy. The 68th edition of the Foggia International Trade Fair of Agriculture and Livestock – scheduled at the Capitanata Trade Fair Centre from April 28 to May 1th – is for all traders a crucial appointment for an update of the most recent trends of all the sectors involved. On a surface of 96,000 square meters, almost 200 exhibitors put on display products, machinery and services of various sectors, from durum wheat to olive oil, fruit, vegetables and livestock. In Foggia, a wide exposition will be dedicated to cattle with the national exhibition of the Podolica breed.

The trade fair will be attended by all major institutions (from the political, administrative, technical and academic world) linked to the agricultural world in order to highlight the relevance of this event, for which the local department of agriculture has developed a new online registration system to access directly to the grants or funding provided by the Rural Development Plans. These fundings may also be used to purchase new machinery and agricultural equipment (whose latest versions are displayed at the trade fair of Foggia) that are essential for a profitable, ecofriendly and quality agriculture. Puglia’s old fleet of machinery consists of 139,000 tractors (30% of which are located in the area of Foggia), which have an average age of 20 years, while a 16% downtrend was recorded in new registrations in 2016 compared to 2015 (figures by FederUnacoma). The situation requires an overall update of the fleet of machinery that could be promoted not only by the RDPs, but also by the incentives granted by INAIL, that are available until the end of April. Many free conferences, meetings and workshops concerning urgent agricultural issues (entrance from 9 to 21) are also scheduled during this trade fair that in 2016 hosted about 75,000 visitors (1,500 of which from abroad).

In the scheduled events is also included a bridging initiative between the Foggia trade fair and the Agrilevante exhibition, promoted by FederUnacoma and scheduled in Bari from October 12 to 15. Bari will also host the salon of multifunctionality – MiA – the focus of which will be on agricultural activities useful to control and fight against hydrogeological disruption. These activities, besides being an additional income for agricultural holdings, may represent an essential barrier against landslides and floods. Only in Puglia, according to figures by Ispra (Institute for Environmental Protection and Research), 232 out of 258 municipalities are at risk of hydrogeological disruption with several degrees of flood and geomorphological hazard, 8,098 inhabitants are exposed to landslides and 119,034 to floods.

In Foggia, an anticipation of these initiatives is presented with figures and possible solutions, and a small exhibition of the mechanical means supporting this type of activities.

During the Foggia Trade Fair will be also available educational farms and halls dedicated to good practices in agriculture, fishery and livestock (Contadini Mediterranei), innovation and research in agriculture (Fattoria Italia), and finally social operators in agriculture (Terra sociale).