The new president is from the Emilia Romagna Region, holds a degree in economics and is the CEO of AMA S.p.A., one of the leading industries in the components sector. President of Comacomp from 2010 to the present, Malavolti has also held down positions of responsibility in the Reggio Emilia Province territorial representation of Confindustria, the National Manufacturers Confederation 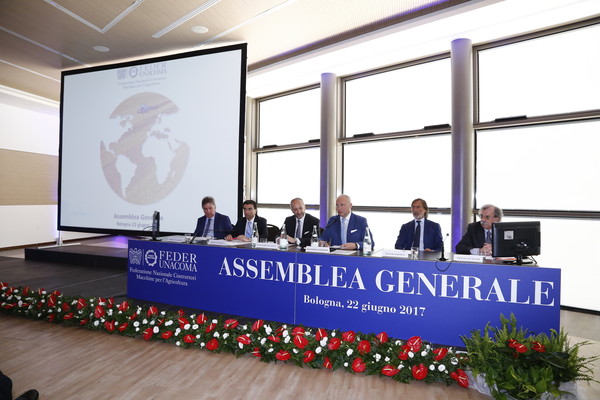 The Italian federation of manufacturers of machinery, implements and components for agriculture and gardening machinery, FederUnacoma, has a new president. Alessandro Malavolti, was elected to lead the federation at the general assembly of the associated industries held on 22nd June in Varignana, in the Bologna Province. Malavolti is forty-six, married with two children and CEO of the AMA Group, a major global industry in the sector of components and accessories for agricultural machinery and groundskeeping equipment reporting annual turnover of some € 160 million with 16 production facilities, 13 in Italy, including historic headquarters in San Martino in Rio, in the Reggio Emilia Province.

The new president has a degree in Business Economics and has held down numerous positions of responsibility in AMA, founded by his family, to rise to CEO, Member of the Managing Board and AMA S.p.A. Director. He is a past member of the Reggio Emilia Province territorial representation of Confindustria, the National Manufacturers Confederation and a permanent guest of the Reggio Emilia Unindustria. Malavolti was on the FederUnacoma board from 2006 to 2010 and president of Comacomp, the federation components association, from 2010 to 2017.

Greeting the assembly of the associates, the new president extended his thanks to Massimo Goldoni for his many years at the FederUnacoma helm and his thorough renewal of the federation. He went on to identify some of the salient features of his own agenda. Referring to the international EIMA exposition events as one of the federation’s strong points, Malavolti said the lineup of these activities must be increasingly broadened to provide services enabling enterprises to conduct business and develop their own industrial strategies. In this connection, he spoke of technical services and operative units for assistance with European Union Regional Development Policies, RDP, and encouraging lobbying at the national and EU levels as his priorities for putting the internationalization of industries in first place. On this issue, he said, “No company works well if it does not have at the top a man with a suitcase, meaning someone able to explore foreign markets with direct experience for getting familar with them.” ­

After electing the new president for a two-year mandate which can be renewed for a­no­ther two years according Confin­dustria statutes, the assembly was called on to na­me presidents and vi­ce presidents of the single associations and create a new presidential council and general council.

The components of the federation directors are now: 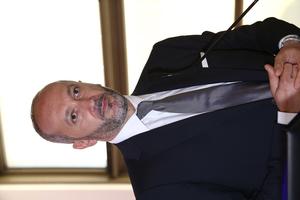 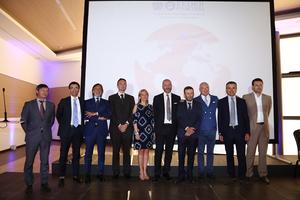