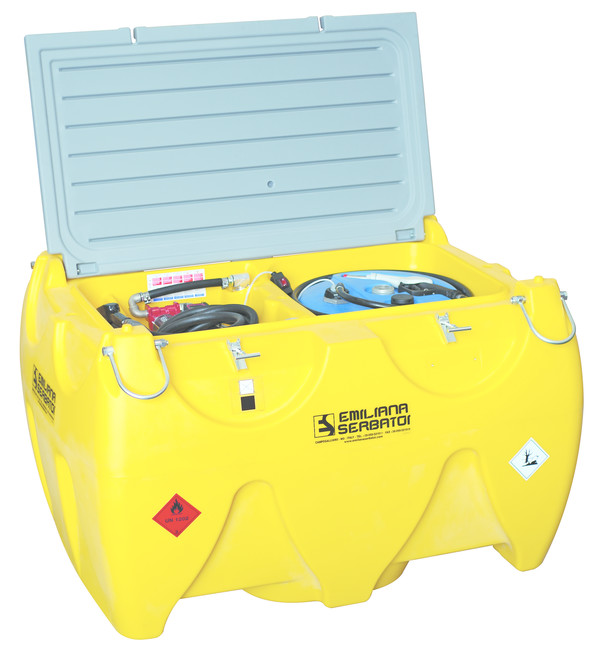 Emiliana Serbatoi, a company specializing in the production of tanks and services for fuel storage, took the opportunity of the EIMA Digital Preview to present a preview of the new Carrytank 900+100 tank. Capable of storing up to 900 litres of fuel and 100 litres of AdBlue®, the new Carrytank is made entirely of polyethylene and is ADR/RID/ADN and IMDG approved for fuel transport. The main innovation of the Carrytank 900+100 is found inside, where two combined tanks (fuel and AdBlue) have been designed, engineered and tested to withstand the pressure created by the contained fuel. Carrytank is a mobile tank, which is why the technicians of the Modenese company have included a set of technical measures aimed at making it easy to move. In addition to the pockets for loading it with forklifts, the new tank by the Emilian company also has four rings for lifting from above, which allow the tanks to be stacked at full load. During the EIMA Digital Preview, Emiliana Serbatoi highlighted other innovations developed by its Research&Development team. These include the Tank Fuel metal tank, designed for storing and dispensing fuel, and the Emiltouch refueling control and monitoring management system. 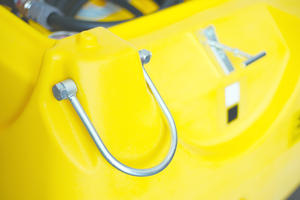