Landini 6 and 7 Series: new for the Italian market 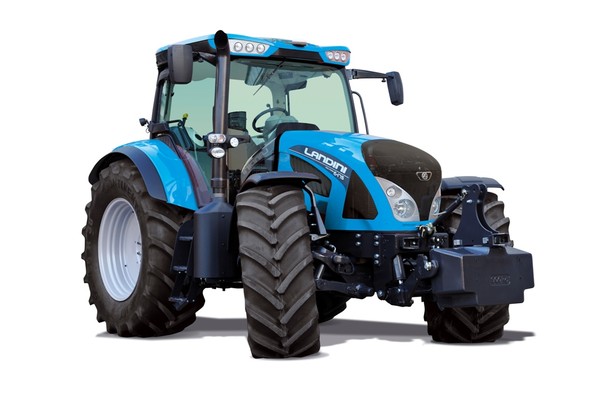 Landini has chosen Fieragricola 2014 for the official launch on the Italian market of new tractors unwrapped on the international scene last year at the Simain Paris and Agritechnica in Hanover, the new 6 and 7 Series, which confirm Landini's great growth in the high power range and advance in technologies and comfort. There are three models in the 6 Series range coming to Verona, with 4-cylinder engines with the a power range from 143 to 166 HP, and up to 175 HP with the Dual Power system, and three in the 7 Series mounting 6-cylinder engines rated at 165 to 188 HP, and 175 to 212 HP with the Dual Power system. All these New Engine Family (NEF) Tier 4 Interim Common Rail power plants are built by Fiat Powertrain technologies (FPT) and deliver superior torque rise and low fuel consumption at the speed of 40 km/hr at minimum rpm. The “Roboshift” transmission is another feature shared by both ranges and has a hydraulic reverse shuttle with adjustable modulation on the steering wheel. The 24 speeds provide a good working range, each of the six ranges ranges with four Power Shift gears is push button shift and is executed by the exclusive robotized range shift mechanism. Gear changes are electronically managed by the new multi-function joystick on all models. An “Auto Powershift - APS” operates in all ranges and the shift points can be set by the operator to suit the task in hand this also makes for easier driving in the field or during transport work on the roads. Also common to the six models in the new series is the Load Sensing hydraulic system and the 4-speed electro-hydraulically controlled rear PTO is also standard equipment. The rear lift, with electronic control, has an impressive lift capacity of 9,300 kg. On the side of comfort, these new Landinis feature the strongly upgraded four-pillar Lounge Cab with logically arranged controls, a telescopic and tilting steering column, an integrated steering panel, a new multifunctional armrest with My Switch programmable buttons, windshield wiper and headlight controls on the steering wheel, automatic turn signal turn-off and telescopic, and optionally heated, wing mirrors. Cab comfort is further improved by the new patented passenger seat which can be folded away which also facilitates climbing into and out of the tractor.