The use of machines that simultaneously carry out the cutting and processing of the forage reduces the drying time while keeping a high-quality level. There is a wide choice of options among the specific cutting and conditioning technologies provided by the manufacturing industries 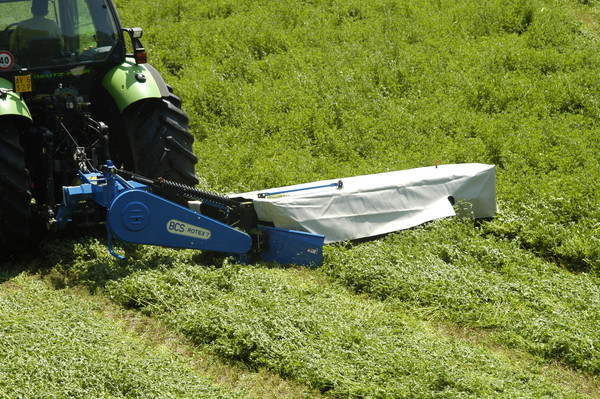 One of the objectives of grassland cultivation, which is becoming increasingly important, is the product quality, which must respond to the growing nutritional needs of animal rationing. It is known that a rapid drying of the fodder helps reduce losses, both in qualitative and quantitative terms, as well as functional machinery allow to preserve the product from impurities, so as to allow first preservation and then an optimal digestibility.

For these reasons, the appearance of mower-conditioners has brought about considerable advantages: they are equipped with flagella or rollers of different material and with various shapes of the external surface, which weaken the most coriaceous structures of the plant (substantially the stems) favoring the evaporation of the water contained thanks to the increase of the useful surface for the heat exchange. The forage drying is, therefore, faster than with traditional haymaking methods: in suitable weather conditions, it takes just a few hours to obtain a dry substance content of 30-55%, suitable for ensiling, while 24 hours are enough for traditional harvesting if implemented through the usual alternate phases of turning and windrowing.

In any case, thanks to conditioning, the forage remains in the field for a short period, canceling (or at least decreasing) the risk of incurring rainfall, which would inevitably lead to losses in the nutritional content.

The use of mower conditioners also involves less handling of the product, to the benefit of those species (such as alfalfa) that are notoriously very susceptible to mechanical damage. In this way, it is possible to avoid considerable losses of the delicate leaflets, which are the main protein source of the forage.

On the market there are mower-conditioners equipped with flails or rollers, to be chosen according to the species to be treated. Because of their more energetic action, the flail solution is indicated for grasses (typically the ryegrass) and forages with a more robust structure, while the rollers (even better if exclusively in rubber) work well for more delicate crops (e.g. alfalfa).

The flails (or fingers) can assume different conformations (the most common is a "V" shape) and be made of plastic or steel. They are definitely more flexible than the rollers so that in the event of contact with foreign bodies during mowing, they bend without breaking or deforming. Otherwise, the external surface of the counter-rotating rollers (in rubber or in steel) is smooth or with grooves of various shapes. Obviously, also the rollers can minimize damage in the event of accidental contact with foreign bodies since they are independent of each other and equipped with adaptation systems (for example springs) preventing damage due to accidental impacts.

Homogeneity of the cut

A key aspect for the success of the mowing is the adaptation of the cutting apparatus to the irregularities of the surface of the ground, particularly if sloping. In any case, maintaining a constant cutting height for the entire working width of the machinery remains a fundamental requirement to ensure the best quality of the product (that is to say without contamination from the ground) and favor the subsequent regrowth of the crop.

This is why, on the most recent mower-conditioners, there are suspension mechanisms allowing to keep a constant distance from the ground of the mowing bar, even for irregular profiles. Moreover, a pendular joint guarantees uniformity over the entire working width of the pressure on the ground. Kuhn has implemented these functions in the Lift-Control, an oleo-pneumatic type device that continuously adapts the position of the equipment, starting from working pressure values preset directly from the driving position. In this way, it is possible to work at higher forward speed, preserving the quality of the cultivation.

In addition, the articulated quadrilateral floating suspension, to be installed in front of the tractor, is available on the machinery, to quickly adapt the position of the cutting head with respect to any obstacles or irregularities encountered. In this way, the cutting unit can fluctuate in the transverse plane up to ± 15°, and vertically, up to a good 750 mm.

Reliability is one of the most important aspects of any agricultural machine, even more than those that work in conditions in which the timeliness of intervention is vital. For this reason, the materials used must have particularly advanced features. For example, it is of extreme importance the supply of very strong forged steel gears and bearings, which have always been synonymous with strength. Furthermore, the particularly refined lubricating system and the high accuracy of the greasing allow to effectively reduce friction and keep low the temperatures of these components.

On some machines, greasing operations must also be carried out at close intervals (sometimes even daily). To solve the problem, some manufacturers have long proposed the adoption of maintenance-free "U" joints.

Just as it happens for all the most modern machinery, the operation at the end of the field has reached a high level of automation: it is, in fact, possible to adjust the closing/opening of the machine, the lifting of the single cutting units from the driver's seat on board (particularly useful on borders, near the root systems or clods of earth) and, as mentioned, the ground pressure.

The constant increase in labor productivity has in fact greatly increased the importance of being able to count on rapid and timely maintenance interventions.

As regards the cutting of the forage through disc mower conditioners, manufacturers have turned to solutions with two or three blades per disc, which in the first case takes an oval conformation, while in the second it is triangular. The cutters can be damaged or broken in the impact with pebbles or stones, and it might be necessary to replace them. To make this operation simple there is a special tool with which the lever is lifted by lifting the disc allowing to remove the faulty (or worn) cutter, with a significant time saving (up to 50%) compared to the traditional solution.

A considerable increase in productivity (which will also enhance timeliness) can be achieved with the use of combined, side, rear and front s mower conditioners. In this case, it is important to avoid overlapping processing, especially in the event of irregularities in the conformation of the plot. In this respect, on some models it is possible to hydraulically adjust the working position of the different units from the driving seat, thus avoiding unproductive overlaps.

Even the width (and therefore the consistency) of the swath can be adjusted with a dedicated command, so as to better manage the subsequent turning phases During the swath formation, the collection plate, positioned downstream of the conditioning apparatus, allows the forage flow to be conveyed to different heights from the ground, so as to form a more or less restricted swath according to the subsequent operational requirements. 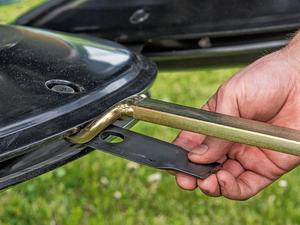 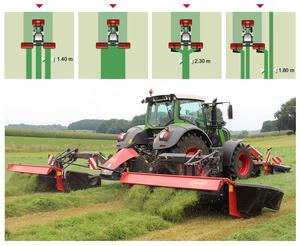 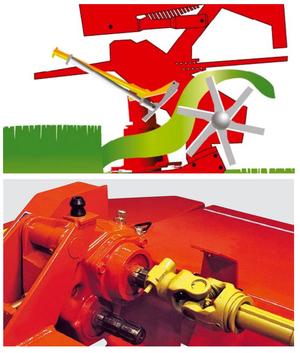 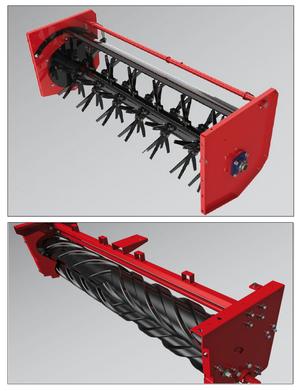 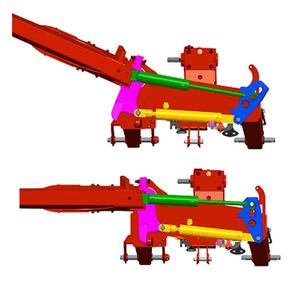 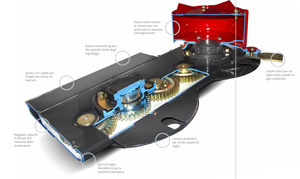