Back
Close Up
January - February 2021

Data on the state of progress of expenditure related to the Rural Development Programmes show an adequate level of use as of last December 31. Except for Apulia, all the Regions have hit the target, avoiding the decommitment of funds allocated by the European Union 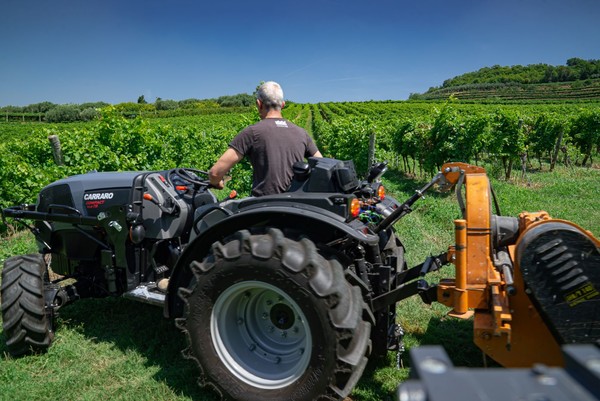 More than 3 billion euros were allocated in 2020 to the agricultural sector through the Rural Development Programmes, co-financed by the European Union through the EAFRD (European Agricultural Fund for Rural Development). The National Rural Network has recently published the Agea Coordination Table that shows the provisional data relating to the progress of expenditure (public and EAFRD share) planned and actually incurred by the Regions and Autonomous Provinces as of December 31, 2020, and the related situation of automatic decommitment EAFRD. Examination of the table shows that Apulia is the only region not to have reached the expenditure target as of 31/12/2020. The decommitment is equal to € 95,632,500.24 of EAFRD share, corresponding to a public expenditure of € 158,070,248.33. Apulia closed 2020 with expenditure progress of 41.74%, considerably lower than both the national average of 57.91% and that of the less advanced regions at 53.54%. Concerning the less industrialized regions, it is worth highlighting Calabria's results at 65.26% (considerably higher than both the national average and that of the less developed regions) and Campania at 55.89%. Sicily follows at 54.80% and Basilicata at 52.51%. Sardinia has also made good progress, 64.74%, and the level of expenditure achieved (124%) compared to the expenditure target on December 31, 2020, is higher than the Italian average. The Sardinia RDP is thus placed in line with the average expenditure of European programs. Bolzano, Veneto and Val d'Aosta show the highest progress, at 78.31%, 69.49% and 67.36, respectively. However, there is still regional slowness in the spending of these funds, which has also been reported several times by the European Commission. Since the last budget, the so-called "n+3" rule, whereby projects have three years to conclude after the deadline indicated at the start of work, was intended to give more time to those administrations most in difficulty to spend but seems to have added to the slowness of project implementation as administrations perceived they had more time to complete them. Sub-measures that can also be used for innovations in agroforestry mechanics, such as 4.2 (Support for investments in the processing, marketing and development of agricultural products), 7.2 (Support for investments aimed at the establishment, improvement and expansion of small-scale infrastructures, including investments in renewable energies) and 8.6 (Support for investments in forestry technologies and the processing, mobilization and marketing of forest products) would need a substantial acceleration of investments. In the meantime, the Regions have added other resources to their RDP funds to cope with the Covid crisis. For instance, in Emilia Romagna, 2.3 million euros for farm holidays and educational farms affected by the pandemic. The payment will be settled as a "one-off" to integrate the sector's economic losses in Lombardy. The three-year regional budget has been approved, supporting the agro-food sector with 230 million euros. Among the novelties, 3 million for purchasing machinery and implements with low environmental impact and four million to make farms more digital. Specifically, 141 million euros will go to current spending, while the other 95 million will be allocated to investments. 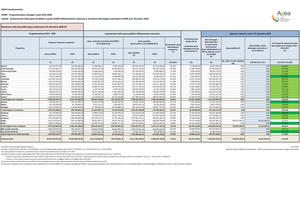