Back
Close Up
November 2017

The best use of European RDP funds, the nonrepayable INAIL ISI grants, Ismea direct subsidies and, finally, the "Nuova Sabatini" law are positively affecting the relaunch of agricultural machinery sales in Italy 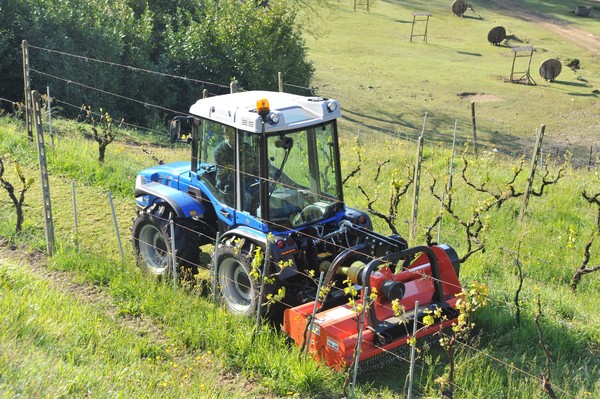 The first half of the year proved to be very positive for machinery sales, if compared to the first half of 2016, with a 9.7% increase in tractor registrations and other significant improvements in different machine types. This can partly be due to a better use of European incentives, RDPs. Some regions confirmed better trends than others, according to the type of machine. Tuscany, Veneto, Puglia, and Lazio had good results for tractors, while Puglia, Emilia Romagna and Veneto had positive results for combine-harvesters. Lombardy and Veneto had a good trend for tractors with loading platform. The non-repayable grants provided by the INAIL ISI call for tender (expired on last April 19), the direct subsidies by Ismea for the purchase of agricultural machinery and equipment, the tangible assets for agricultural “plants  and machinery” provided by the “Nuova Sabatini” law, have also had effects on the results highlighted by the 2017 FederUnacoma report. However, the measures included in the 2014-2020 RDP provide the most important grants for agricultural operators, although differentiated according to different regional areas. The report by the National Rural Network (third quarter of 2017) shows a downward trend of the overall expenditure of RDPs in the last months, but not all of the eleven measures providing support for agricultural businesses have slowed down the disbursements. By examining the most important measures for agricultural mechanization, it emerges how they have gained a percentage in Italy, although it should be taken into account that these measures also include actions addressed to other economic sectors. Three measures and their relevant actions provide contributions for the purchase of agricultural machinery and equipment: n.4 “Investments in tangible fixed assets,” n.6 “Development of farms and businesses” and n.8 “Investments in forest areas and forest profitability”. The latter covers expenses for equipment suitable for working in the forest (hauling chains, chippers, cable cars, etc.), but it is also used for registered vehicles suitable for agricultural and forestry jobs, as some tractor types. Measure n. 4 passed from the 4.9% of spending in the first half of 2016 to the 8.53% of the first half of 2017; measure n. 6 from 1.21% to 4.07% of the same period of 2017 and measure n.8 from 5.55% to 9.69% of the first half of 2017, with a steady progression that  brings with it the perspective of further developments in autumn. From the analysis of the quarterly reports of the National Rural Network, the growth of support requests for the purchase of agricultural machinery and equipment varies from region to region, but comments are to be made. Among the most significant regions are Tuscany, which advances in all three measures in the first half of the year, with a spending equal to 7.06% (measure 4), 12% (measure 6) and 12.57% (measure 8), then Puglia with 10.90% (measure 4), 15.03% (measure 8) and Veneto (28.11% for 4, 10.81% for 6 and 8.04% for 8). The spending trend in Emilia Romagna highlights a 4.39% for measure n.6 and 5.18% for 8, while Lombardy had results of 5.58% (measure 4), 3.33% for 6 and 23.48% for measure n.8. Finally, Bolzano had 9.05% for measure n.4, 38.39% for 6 and 4.91% for measure n. 8. All the values recorded in the last period are clearly above those in the first half of 2016. On the other hand, regions such as Liguria and Campania, which showed substantial registrations of new machines, recorded a limited improvement in the use of rural development measures. This seems to prove that other measures are in force in these regions, contributing to the recovery of the market. Campania’s operators probably used tools such as those aimed explicitly at organic farming or those related to bonuses for protected areas, while the development of targeted financing and credit instruments had a positive impact.

Revision and training, a strategy for safety

Development of mechanization: a map of incentives 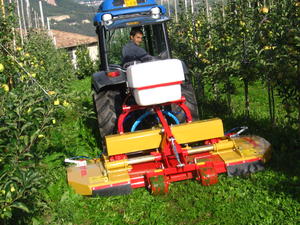