The new regulations on visibility for self-propelled agricultural machines are being prepared. The regulations, which will take the wording of ISO 21495-1, are based on requirements developed by experts taking into account the characteristics of different types of machine, and thus the specific problems and the different risk factors 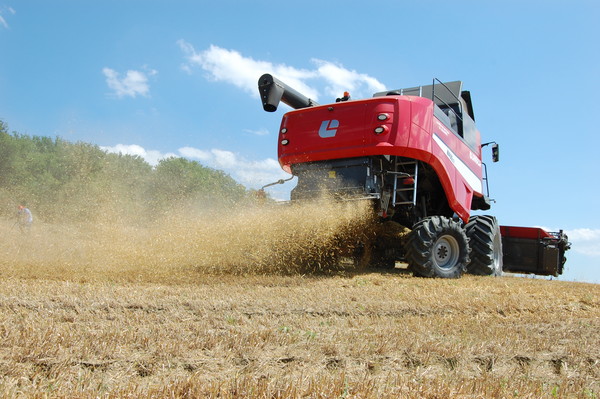 Combine harvesters, bar sprayers, silage distribution machinery, tobacco harvesters, grape harvesters: here are some examples of self-propelled agricultural machines in which the operator, sitting in the driving seat, probably does not have the ability to control the entire surrounding area of the machine by direct vision. The risks relating to the movements of the machine are among those taken into consideration by the Machinery Directive 2006/42/EC, even if the topic is of great interest even outside the European borders. In ISO (International Organization for Standardization), a technical working group was set up a few months ago to write a new rule applicable to all self-propelled agricultural machines with seated operator, containing specific provisions relating precisely to visibility. The new standard - future ISO 21495-1 - will probably also be used for presumption of conformity with the Machinery Directive. If so, the machines built according to this standard will be considered compliant with the Directive. The preparation of the new standard is in its early stages and the technical content could change. In any case, it is worth examining the approach that the experts have chosen. Firstly, four zones have been identified: front, right side, left side, and rear, and for each of these areas, an area (or a line) of reference was defined which must contain the points visible by the operator. In the front part, for example, the area of ​​visibility is defined as a semicircle having its centre on the seat and a radius of 12 metres. In the rear, the area is instead defined as a rectangle limited laterally by the longitudinal projections of the vehicle, positioned immediately behind it (0.5 m) and having a variable length based on the risk assessment made by the manufacturer. On the sides, a line adjacent to the machine should be assessed at a distance of 0.5 m. Within the described areas, the manufacturer will have to take certain measures depending on whether the risks related to the (lack of) visibility are low, medium, or high. The determination of the risk level is carried out by combining the probability of presence of people with the frequency of movement of the machine in that direction. The risk level, overall, assumes the highest value between those of the two parameters described, if different. For example, a machine always moves frequently in the front direction: even if the probability of people in that area should be low (open field), the risk assumes a high value. Conversely, a machine designed to move only in the field and not having a reverse gear (hypothetical situation) will undoubtedly have a low risk in the rear. It should be emphasized that the risk analysis conducted in this way aims at taking into account the machine’s movements towards an exposed person. The risks linked to a complementary situation, namely that a person approaches the machine, are not covered; this is justified by the fact that the operator on the machine must not only have the means available to see a particular area, but must also turn his attention to that area to be able to react appropriately. Similarly, movements of machine parts (for example the working parts) are not the subject of the current analysis provided by the standard. Returning to the determination of the risk levels, if the risk is high, the visibility must be guaranteed, which in the front area must be direct and on the sides and back can even be indirect, by means of cameras or mirrors. If the risk is medium, the visibility must be assessed in a similar way as a high risk, but the test can be done in less restrictive conditions: in particular, broader movements are allowed for the device that simulates the operator’s eyes. If the risk is low, the assessment is similar to the medium-risk areas on the sides, while it is acceptable to have no visibility at the rear provided there is a buzzer that is activated automatically when the motion starts in that direction. In conclusion, according to the current ISO draft standard, to determine the devices necessary on each machine model, a key role is played by the risk analysis performed by the manufacturer.

Platform for picking fruit, an "ad hoc" norm for safety

Safety in the field: importance of the learners license 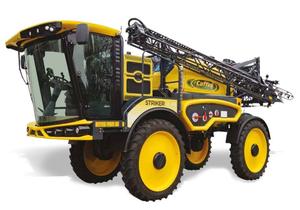