The numbers are 440,000 m², more than 100 hectares allocated for field trials, 800 brand names exhibiting and 160,000 visitors arriving for the 23rd edition of the Agrishow, Latin America's greatest agricultural machinery and equipment exposition scheduled for April 25th to 29th in Ribeirão Preto, Brazil. Fourteen Italian manufacturers will be present in a collective organized by the ICE Agency in association with FederUnacoma 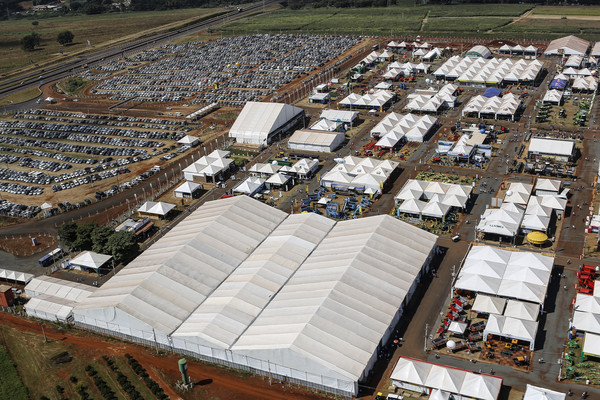 Farmers in the state of São Paulo in Brazil will be finishing their harvests and preparing for those to come between the end of April and early May and this period will also mark their planning for prospective purchases of new agricultural machinery and equipment. For offering them opportunities for viewing and direct contact with the widest range of agricultural technologies on the market the 23rd edition of Agrishow, Latin America’s largest and most comprehensive agricultural trade fair, will take the stage next April 25th  to 29th in the Brazilian state of Ribeirão Preto.

The upcoming international trade fair, created in 1992, will take over a 440,000 m² exhibition area for the 800 manufacturers  with their machines, equipment, irrigation systems, accessories, spare parts and services for all types and scale of agriculture and a public made up of professional business people who come to about 160,000 arriving each year. Since the 2012 Agrishow, promoted by the Brazilian associations Abag, Abimaq, Anda, Faesp, Srb and organized by Informa Exhibitions, has been hosted by a government experimental farm in Ribeirão Preto conceded to the organizers until 2042. The main strong point of Agrishow, as confirmed over the years, is the section dedicated to field trials of agricultural machinery. The game is won in the field is the slogan for the promotion of this 2016 edition featuring 100 hectares for trials of various types of agricultural technologies and machines at work in the field for visitors to verify at first hand their functions and performances.

According to data made public by the country’s statistics institute, the Brazilian economy declined in 2015 with a 3.8% drop in GDP, the worst result between 1990 and the present. Among the causes of this backtracking, accompanied by inflation running at 10,7%, is the plunge taken by the prices of raw materials and the slowdown of the Chinese economy with repercussions falling on the agricultural machinery market which appears in the current trend to offer fewer opportunities to foreign industries.

Nonetheless, as stated above, Italian manufacturers will be on hand thanks to ICE, the Italian Trade Agency. The Italian 900 m² pavilion area (Stand D2C Pavilhão ITALIA) will be located close to the visitors entrance and include a small service area for the companies arriving with offices and a meeting room. FederUnacoma, the Italian Agricultural Machinery Manufacturers Federation and the federation’s organ, Mondo Macchina/Machinery World, will also be present in this area.

In spite of the crisis in the country, exports of Italian tractors to Brazil last year rose from the value of € 912,000 in 2014 to € 1.8 million for an increase of more than 100%, according to Italian National Statistics Institute data updated to last November. As regards the trend of the domestic market, Agrievolution data updated to September last year show tractor registrations down to 30,000 units for a 28% drop under the previous period. On the same front, a survey conducted by Abimaq, the Brazilian association of agricultural machinery manufacturers, on 88 manufacturers disclosed their optimism for their future turnover thanks to the good harvests brought in recently accompanied by sale prices described as “reasonable”.

On the side of the Agrishow, numerous meetings and debates are scheduled, such as Mega Pec and Mega Agro forums which bring together, respectively, the proprietors of the leading dairy cattle enterprises and a number of their counterpart cotton, maize and soya raisers for discussions on management, quality and future prospects for their two supply chains.

Agrishow 2018, a window opening on Brazil 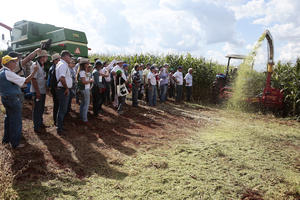 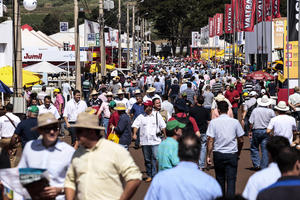 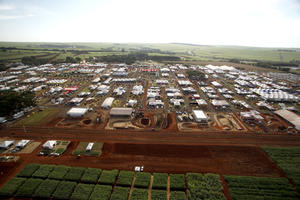