The Agriculture and Wine-growing Mechanization Show in Faenza (March 22-24) highlighted the advantages of using drones in agriculture. Drone-Bee showcases its models and illustrates their technical features 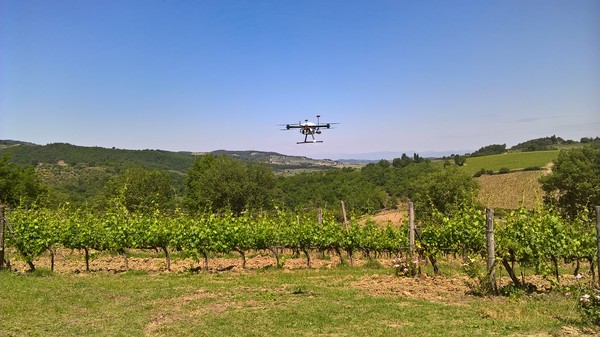 Farmers’ interest in precision farming is growing, and even at the recent MoMeVi, the agriculture show held in Faenza from March 22nd to 24th, DroneBee, largely attended technical in-depth workshops were provided. The notions spread in the workshops underlined how using drones it is possible to obtain fundamental data for intelligent management of agricultural practices, zoning plots and creating prescription maps aimed at every need, to be applied manually or on machinery operating at variable rates.  The data collected thanks to the new digital technologies, makes a large amount of information available, essential for optimizing operations in the fields, managing expenses in a targeted manner, cutting production waste.  Big-data is not just tables of numbers, but also photos, images, videos, e-mails, exchanges of messages on social networks, or sharing of information between machinery, for example between tractors and equipment.  In the agricultural sector, the amount of information made available by intelligent technologies represents an increasingly important work tool both in more mechanized countries and in emerging regions.

The DroneBee company uses three types of drones: Parrot Bluegrass is a quadricopter used for small and medium areas and on hilly and mountainous ground, Zephyr Exos, with removable and foldable propellers for photography, aerial video recording and precision agriculture, and Parrot Disco Pro AG, fixed-wing drone optimized to cover large areas in a short time. Precision agriculture and its technologies generate fixed costs such as maintenance, but the possibility of using accurate data on the rural area contributes to reducing the cost of the machinery as there is a greater speed of execution together with increased efficiency of operations.

Drones in agriculture: functions and regulations

Droinwork fleet, at the service of agriculture

Gardening: at the EIMA Green "school"