The national tractor market in 2019 stalled at 18,579 units, while sales of used machines soared to 39,800. Brand new vehicles grew by 0.7% in the year compared to a 5.3% increase for second-hand ones. The drop in agricultural incomes (which fell by 2.6% in 2019) reduces the investment capacity of businesses, fuelling a fallback market that worsens the quality and environmental impact of agricultural processes 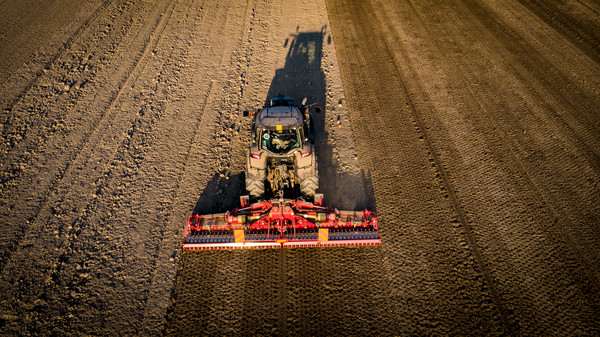 In a continental market that sees significant growth in France, Germany, the United Kingdom and Spain, Italy records a stagnant trend, with a growth of 0.7% for tractors at the end of 2019, corresponding to 18,579 registered vehicles. This figure - presented on January 29th in Verona by the President of FederUnacoma Alessandro Malavolti - confirms that the national market has stabilized in recent years, with an average of 18,400 units in the six years from 2014 to 2019 (excluding the anomalous figure for 2017, which was biased, as we all know, by the forced registration of tractors in stock before the entry into force of the new EU approval standard). On a market that has shown in recent years constant overall volumes - observed Malavolti - there is a notable disparity between Regions, with annual balances that perform sometimes better and sometimes worse than the national average. 2019 closed with a national average of +0.7%, with registrations of tractors recording a peak in Emilia Romagna (+21.4%), in Lombardy (+10.2%), in Lazio (+14.2 %), while other important agricultural Regions suffered sharp decreases: -25% in Campania, -5% in Piedmont, -3% in Puglia and -18% in Sicily.

Apart from the greater or lesser capacity of individual administrations to use public funds for the purchase of agricultural vehicles, the noticeable fluctuation in sales statistics depends to a large extent on the timing of the tenders, which produces rapid increases in registrations followed by phases of stasis. The Federation of manufacturers is working to raise political and administrative awareness on this matter - noted Malavolti - so that there may be greater continuity and better coordination between the Regions in planning the tenders, and the manufacturers can better plan production and distribution, avoiding those peaks and falls in demand that negatively impact the overall economy of the system.

In assessing the performance of the national market, it is fundamental to analyse the profitability of agriculture, and therefore its ability to make investments to improve its technological equipment. In 2019, Italian agricultural production decreased by 1.3% in volume due to the negative trend in the production of wine, fruit and grains, with the gross added value falling by 2.7% and the income dropping by 2.6%. The decline in agricultural incomes, moreover, is a constant trend in our country and this has long penalized the purchase of machines even if there is a real need for technologies. In short, the market for new vehicles does not faithfully reflect the current demand at national level. This is revealed by the data on used tractors, whose sales are growing dramatically.

The FederUnacoma statistical office constantly monitors the second-hand market, based on the transfers of ownership registered with the Ministry of Transport, and a worrying trend is emerging. In 2019, compared with the 18,579 new tractors sold on the national market, the sales of used tractors amounted to 39,800 units, so more than double the brand new vehicles. The figure is even more alarming - observed the President of the manufacturers - if you look at the increase percentages: while the new market records, as mentioned, a growth of 0.7% compared to 2018, the second-hand one grows by 5.3% (the changes in ownership were 37,800 in 2018). Looking at the period from 2014 to 2019, registrations of new machines grew by just 2.2%, while those of used machines grew by 60.7%.