For 2018, the International Monetary Fund estimates a decline in the economy at the global level, with an index that should stop at 3.6% compared to 3.8% in the previous year. It is holding back the world market for tractors, which is affected by the tensions on the international markets and by China's negative growth 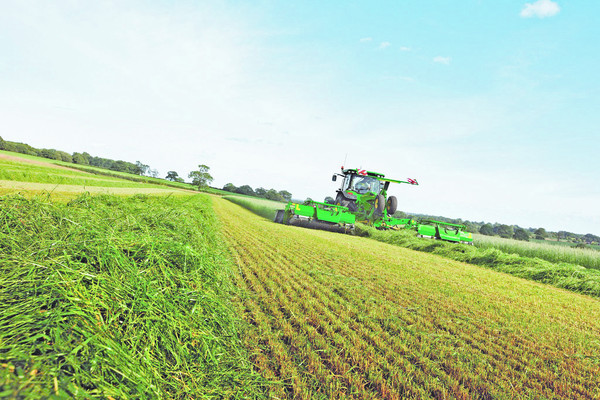 After almost two years of growth, particularly strong in 2017 and early 2018, the expansion of the world economy slowed down, contrary to forecasts, notably in the second half of last year. The economic scenario has suffered a progressive deterioration, first in emerging countries, then in many advanced economies. Global uncertainty has increased following the escalation of trade tensions between the United States and China, which have weakened business confidence, the tightening of conditions on financial markets that slowed global demand, and increased uncertainty at a political level that concerned a growing number of countries, as well as growth below expectations for China and the Eurozone. In light of this, the International Monetary Fund (IMF) estimates that world GDP will slow down to 3.6% in 2018 (from a peak of 3.8% reached in 2017). Also the volume of international trade seem to be down while maintaining a positive index, equal to 3.8% in 2018 compared to 5.4% in 2017. The economic recovery in the Eurozone, under way since spring of 2013, decelerated more than expected in 2018, in line with the deterioration of world trade, also marking weaker domestic demand. According to the IMF, GDP decreased to 1.8% in 2018 from 2.4% in 2017.

According to the provisional data currently available on the Economic Accounts of Agriculture, CEA (source: Eurostat), Italy maintained its leadership within the European ranking also for 2018, with an added value of agriculture equal to 32.2 billion current euros, ranking second instead by value of production (56.7 billion current euro), behind France. As for Italy, after a 2017 strongly penalized by the anomalous climatic trend, in 2018 agriculture once again provided a positive contribution to the national economy. According to the National Accounts for Agriculture (ISTAT), the agriculture, forestry and fishing sector as a whole showed a weak recovery: production increased in volume by 0.6% and the added value by 0.9%. For the third consecutive year, gross fixed investments in the sector have grown (+4.1% in current values and +2.5% in volume), catching up to the years before 2016, characterized by a marked reduction. The uncertain outlook for the economy has led to a gradual downward revision of the investment plans, especially of the most export-oriented companies.

After the substantial growth recorded in 2017 (+13% in volume), the world market for tractors showed a certain stagnation (+0.4%). In 2018, sales of new tractors amounted to 2.16 million units. In the United States, despite the persistent uncertainty linked to global trade and a weak agricultural economy, 2018 was a solid year for tractor sales (+6.9%). Sales of four-wheel-drive tractors gained 12.9%, while sales of two-wheel-drive tractors saw 6.8% growth in the year. In particular, tractors with less than 40 Hp gained 9.2%, those with power between 40 and 100 Hp grew by 1.5%, and those with power above 100 Hp increased by 5.5%. In 2019, the ups and downs of the stock market could lead to a potential economic slowdown. Overall, however, the market for tractors under 40 Hp will continue to reach noteworthy levels. Over 177,400 tractors were sold in Europe in 2018, with an overall drop in sales of around 10%. The peak of registrations recorded in Europe in December 2017, due to a forced growth before the entry into force of the new EU regulations for the approval of mechanical vehicles (Mother Regulation), led to an anomalous trend in the comparison between the data of 2018 and those for 2017. In reality, eliminating this anomalous trend from the data, it emerges that the demand for tractors in Europe was recovering. The comparison of the data referring to 2018 with those for 2016 confirms the positive trend in progress. In fact, between 2016 and 2018, sales of tractors grew by about 5.6%, recovering compared to the losses in the three-year period of 2014-2016. France recorded a deficit of 9% with 24,700 units registered, while Germany fell by 18% with 27,700 machines, and Spain recorded a 5% decrease with 11,400 machines registered. In Italy, tractor registrations at the end of 2018 amounted to 18,442, down by 18.8% compared to the previous year (with had recorded an anomalous growth with over 22,700 units and a 23.8% increase) and are in line with the figure for 2016, when the final figure stood at a total of 18,341 units.

While India has confirmed itself as the leading country in the world for the machinery market, reaching the record level of 800 thousand units during 2018, in China the global economic slowdown, the uncertainty on trade negotiations with the United States, the downward pressure on the domestic economy, and the African swine fever epidemic in many regions of the country are among the reasons for the sharp drop in sales of tractors recorded in 2018 (-26.5%). However, in 2018, China launched a series of new reforms aimed at rural revitalization, setting targets to promote agricultural development and modernization, reduce poverty, and restore the environment in order to improve income levels and living standards in the countryside.

Tractor market: Europe is down, the United States is growing