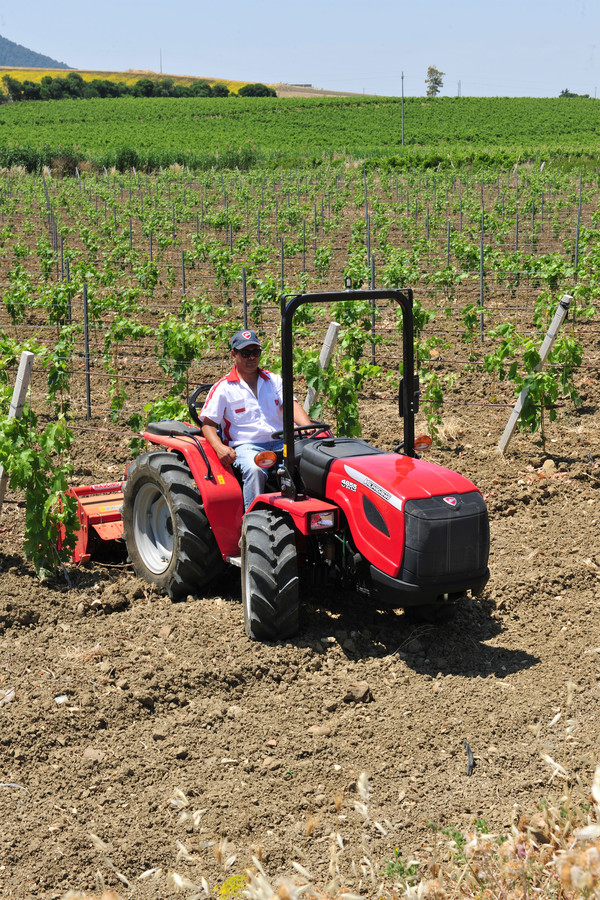 New for Valpadana, a brand of the Argo Tractors Group, which at EIMA 2018 presents the new 9000 Series for the power range between 95 and 102 Hp. Available with platform or cab, it stands out for its high performance, reliability and safety. It is equipped with Deutz TCD L4 2.9 litre engines, four cylinders and sixteen valves, turbo aftercooler, with an emission level equal to Stage IIIB - Tier 4i and the treatment of exhaust gases is guaranteed through the EGR & DOC system without regeneration. The novelties to report feature the adoption of the Engine Memo Switch, which allows you to store and recall the engine revs by pushing a button. The transmission, all made in Italy, is composed of four synchronized ratios and four reduction ranges, for a total of sixteen forward and as many reverse gears, with mechanical Synchro Shuttle and super reducer.

The rear lifter has a maximum capacity of 2,300 kg and is equipped with a second-category three-point linkage. The system allows different types of lifting arms of fixed type, extendable, having fixed or adjustable quick couplings with lateral translation. In addition to the new technological solutions, the 9000 Series is renewed with a restyling of the hood and tank lines (boasting a capacity of 58 liters). The operator’s area has also been renovated with new onboard digital tools. During the five-day event in Bologna, Valpadana will also be showcasing the 4600 Series, which complies with the Mother Regulation and is made up of three Yanmar three- and four-cylinder engine models, with 23 indirect injection Hp and 36 and 48 direct injection Hp.

All the technology of the Valpadana range

Valpadana 9000 series in the showcase

Argo Tractors: three trademarks up for showcasing in Hanover