The Landini World Convention staged by the group headquartered in Fabbrico at the end of September and beginning of October in Parma and Reggio Emilia provided the opportunity for the preview presentation of Landini, McCormick and Valpadana tractors and illustrating the group's balance sheet and strategies. Manufacturing in the Italian production districts, increasing sales and investments in research and development are the key points for the industry aiming to expand its shares of the tractor market and extend leadership in the international market 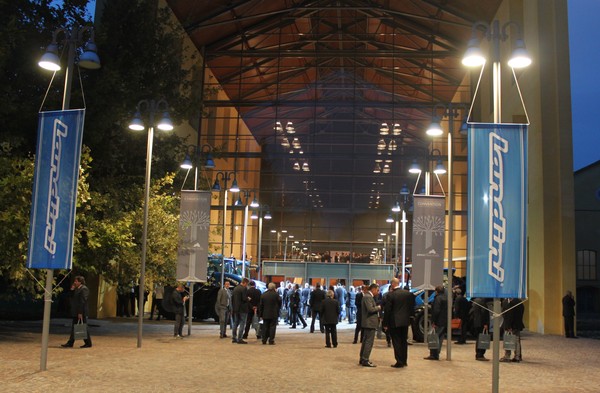 Technical information, market data, tables displaying sales and investments as well as humanistic issues giving a sense of the history, ties to the territory and Italian talent and culture were all on offer at the Argo Tractor Landini World Convention staged for a five day run to include meetings trained especially on dealers, importers and specialized journalists and more than 800 businesspeople from fifty countries.

The event was organized for the presentation of new models of the Argo tractor ranges and strategies of the group which represents the excellence of Made in Italy. The first of the opening two days, dedicated to the media, was held in the Niccolò Paganini Auditorium in Parma, a former Eridania a mega-structure industrial factory converted by architect Renzo Piano for symphonic orchestra concerts and opera performances and named after the violinest and composer who spent much of his life in the city.

Technology and culture took over the afternoon in the auditorium with a program of statements on technical and economic issues illuminated by dances based on themes of strength, dynamics and creative genius. In his opening speech, Chairman Alberto Morra declared, "We are specialists and intend to remain as such by monitoring the development of our products and network with the utmost dedication," and recalled the glorious history of the Landini trademark dating back to 1884 and now at the head of the industrial group which, over the years, also acquired the McCormick and Valpadana trademarks.

The enterprise now numbers 1,600 employees and has 4 manufacturing plants, 8 business branches in various parts of the world, 130 overseas importers and 2,500 dealers. He went on to describe the role the family financial holding played in the relaunch of this industrial empire with investments in Italy for strengthening the country's industrial districts and the decision to not dislocate production. "The great efforts to develop plants in France and England, where the McCormick trademark tractors were produced, did not lead to the desired effect.

The decision was made to give up these two plants and transfer manufacturing to Italian sites to allow us this way to achieve good economics of scale and recover profitability," Alberto Morra said. He confirmed that work in Fabbrico, San Martino and Luzzara is performed with determination for the completion of the substantial rationalization plan for manufacturing facilities based on Kaizen, an organizational model which begins with lean logistics management of three pre-assembly areas and servicing warehouses making materials available on the Kanban arrangement for the sound recovery of efficiency. In a few years, from 2009-2010 with the arrival of this new group strategy, Argo Tractors SpA increased turnover from 475 million euro to 500 million and especially boosted earnings per employee from 214,000 euro to 316,000 euro per year and raised investments in research and development in 2009-2010 to 3.6% of net profits and to 5.7% for the current year.

These group investments resulted in mechanical and design innovations, drawn mainly from the style center created in the San Martino manufacturing facility, which were on view in the new ranges of tractors unwrapped at the convention. Here, Board Member Alberto Morra, who represents a new generation of managers in the Reggio Emilia family, laid emphasis on the decision to focus production exclusively on tractors and not other types of machinery to enhance the value of know-how gained and optimize investments.

Thus on view are the new machines with which the Argo Group intends to attack the markets: the new Landini trademark is on the Series 4, 6C and 6 as well as the mighty Series 7 on display at the Parma preview in front of the auditorium. The new McCormick models are the Series X4, the X6 and the X 7 VT are equipped with the continuous variable transmission and there are also the brand new Valpadana models, the Series 7000 and 9000 targeted on the specialized crop segment.

Thus this important launch came for an ample range of tractors built with avant-garde solutions discussed in the afternoon in the Paganini Auditorium with the aid of charts and films and then inspected at first hand on the second day of the convention held in Reggio Emilia on the morning of the 3th in the Fabbrico plant.

This was followed by field trials at La Gatta, a farm not far from the Fabbrico plant. Here the guests were able to take the new 6 and 7 Series and the 5H and 5D Series tractors on trial runs, with the chance of driving them hitched to plows, harrows, a front loader and a tanker attachment. In addition to the products presented by Argo Tractors was a marketing camp with the draft of calibrated strategies covering the specific characteristics of various markets, especially those in the United States, Canada, Mexico, Brazil and South Africa as well as in France, Germany, the UK, Spain and Italy where the group has a consolidated presence. Also a free app for tables and a digital library were made available for the public and businesspeople using Argo trademark machinery.

So cutting technologies, presence on international markets, market strategies and communications aimed at consolidating the various trademarks and bringing out their distinctive features are fixed points for the group which finds its strength in the Italian setting. Valerio Morra referred to the management of human resources with training programs for personnel and enhancing the value of intuition and typically Italian inventiveness to say, "We are working with the finest talent in the tractor sector and, personally, I believe that we are lucky to be able to operate in such a stimulating environment."

Argo Tractors at Agrilevante: a bridge towards emerging markets 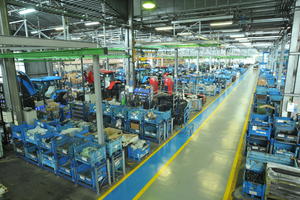 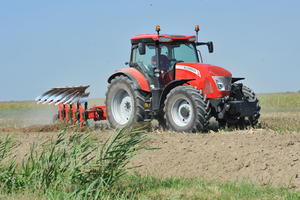 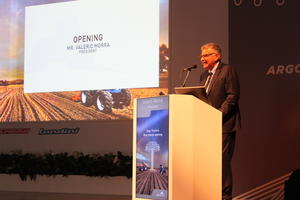