Back
Close Up
January - February 2021

The sharp surge in sales in the last two months of the year made it possible to partially offset the collapse recorded between March and May due to the first pandemic wave and the lockdown. Final balance in the red, but with less negative percentages than the period 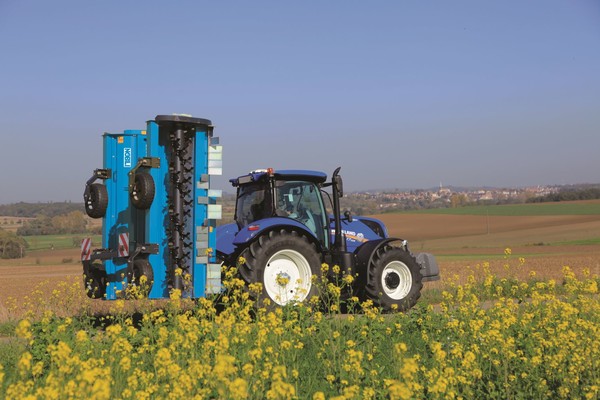 2020 closes in the red for the agricultural machinery market, but with small losses. The health emergency affected investments for the purchase of new vehicles, and therefore sales are decreasing for tractors, combine harvesters and trailers, while they remain stationary for tractors with loading bed (multi-purpose off-road vehicles).

The data on registrations - processed by FederUnacoma on the basis of the registrations provided by the Ministry of Transport - indicate at the end of the year a 3.4% decrease for tractors compared to 2019, with 17,944 units; combine harvesters were down by 2.6% with 302 units, and trailers closed with a loss of 12.1% with a total of 7,862 units.

The registrations of tractors with loading bed are perfectly in line with the 2019, which closed with 564 units, just one more than in 2019, with a variation of 0.2%.

The only category that recorded an increase in registrations was telescopic handlers, which confirmed the positive trend of recent years - due in part to the flexibility of use that makes them useful for a wide range of functions - marking an increase of 6.3% (956 units).

"The downturns recorded on the national market - comments the President of FederUnacoma Alessandro Malavolti - aggravate the situation of a sector that for many years has seen a constant decline in demand for new tractors and mechanical vehicles, to the advantage of used machines that often do not offer guarantees of efficiency and environmental compatibility".

"However - Malavolti adds - the result for 2020 risked being much worse, since in the first part of the year, and especially during the lockdown in the spring months, sales collapsed, leading to more significant losses". "A good recovery came in the last part of the year - concludes the President of FederUnacoma - and this has improved the closing balance".

The analysis of the monthly data shows very strong recoveries in the last two months: the registrations of tractors marked a surge of 38.5% in November compared to the same month 2019, and a further growth of 38% in December, allowing for a recovery in sales volumes and therefore a reduction in losses; tractors with loading bed recorded a growth of over 43% in November and almost 38% in December, which helped - as mentioned - to reach the same totals of the previous year; trailers recovered percentage points thanks to increases of 6% in November and 20% in December, while the growth for combine harvesters is even more evident (around 200% in the last two months), albeit for a very small number of units, and therefore not very significant from a statistical point of view.

Finally, the positive result achieved in the telescopic handler segment is also largely attributable to the sales trend in the last two months (+81% and +25% respectively).

The increase in registrations at the end of 2020 - FederUnacoma observes - could be a sign of recovery for the early months of the new year, also given the renewal of the tax credit for 2021.

However, the market trend remains dependent on the effects of the pandemic, which is surging again and which continues to weigh as a serious unknown factor on the production sectors.

However, within the general trend - FederUnacoma observes - different trends can be noted from Region to Region, due in part to local financing mechanisms for the purchase of machinery and to the conditions of farms in different contexts.

In the year’s closing balance, some important Regions suffered a greater decline in tractor sales than the national average (Emilia Romagna -34.3%, Lombardy -8.9%, Veneto -9.7%), while other Regions, among those with the greatest weight in the agricultural machinery market, even closed with significant increases (Piedmont +24.6%, Puglia +9.1%, Sicily +5.5%).