FIMA 2016: all novelties from Zaragoza

Launch of the 2016 edition of the Spanish event FIMA with 1,200 exhibitors. Technical innovations and meetings at the centre of the event, that will give 33 awards during the traditional innovation contest. The event will host the 5th National Congress for Rural Develepment dedicated to young people in agriculture. First edition for the FIMA Excellence Award dedicated to farms. FederUnacoma will attend the event with an institutional stand and a press conference 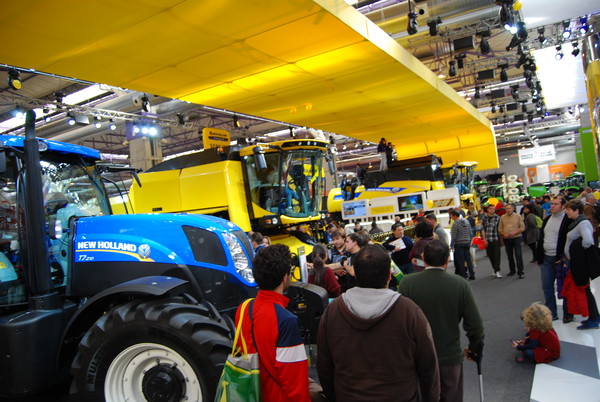 Over 1,200 exhibitors, coming from 35 countries are awaited at the 39th edition of Fima, the Spanish exhibition of agricultural machinery scheduled at the Zaragoza Trade Fair Centre from 16 to 20 February. On a total area of 150,000 m2 (with 135,000 exhibition space), the exhibitors will put on display their top-of-the-range products for various agricultural activities, providing an overview of the current best technologies available.

The traditional Fima contest, dedicated to technical innovations, will award this year 33 prizes to 19 exhibiting companies with the aim of supporting research and tranfer to production of innovative solutions for machines and agricultural vehicles, which presented improvements as for functionality, energy consumption, eco-sustainability, work conditions and safety of employees. In the category of tractors and self-propelled machinery, the awards of excellence went to Fendt and John Deere; in that of agricultural machinery to Deltacinco, Kverneland and Pulverizadores Fede s.l, while a special mention went to the control systems with camera, which allow a 360-degree vision of the operative machine, adopted on tractors and harvesting machines such as Deutz Fahr, Fendt, John Deere and Massey Ferguson. As for the previous edition, the presence of the Italian manufacturers of agricultural machinery in Zaragoza is large (in 2014, 219 of the 717 foreign companies present were Italian) and controls a market that, according to the latest data, increased by 3.3% in the sector of tractors for the first 11 months of last year. The increase was of 14% for machines with a power between 100 and 150 Hp and of 23.7% for those below 50 Hp, for a total of 9,245 new registered vehicles. FederUnacoma participates in Fima with an institutional stand in Hall 11 (n.21/22, corridor BC) in order to follow its associate members and  give information and publicity materials on the several activities of the Federation, among which EIMA International, which is the other big event of agricultural mechanization scheduled for 2016. FederUnacoma press conference will be held on Wednesday 17 February at 11am, Meeting Room 2 of the Spanish Trade Fair Centre. Many meetings and debates will take place during the event. Among the most important are: the CEMA Committee meeting, representing the European agricultural machinery manufacturers and the 5th National Congress for Rural Development. The latter, scheduled for 16 and 17 February, will have as a main topic the committment of young people in agriculture and will analyze technical, economic and social requirements, with a particular attention to training and representation of young people in agriculture through several case histories. The Congress will also analyze the role played by the new technologies in social rapprochement between rural and urban areas. At its debut this year is the Fima Excellence Award to the farm that submitted the most innovative experience with the application of new technologies aimed at improving productivity and environmental sustainability and that proved to be capable of representing a new business model. In the end, 150 trade delegations will attend Fima 2016 – with over 218,000 visitors coming from 64 countries in its last edition – confirming the role of event as an important meeting point between supply and demand in the field of agricultural engineering.

FIMA, growing numbers for the 2020 edition

The great events: an appointment in Zaragoza 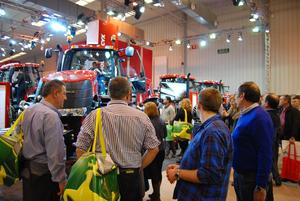