Back
Close Up
November 2017

Data on the registered sales of agricultural tractors reported at an Agrilevante press conference in Bari point to strong growth over the first three quarters of the year. Other than improvements in agricultural income, the gains are assigned to better utilization of European Union RDP financing and funds made available by INAIL, for the purchase of new machinery with high safety standards and eco-compatibility 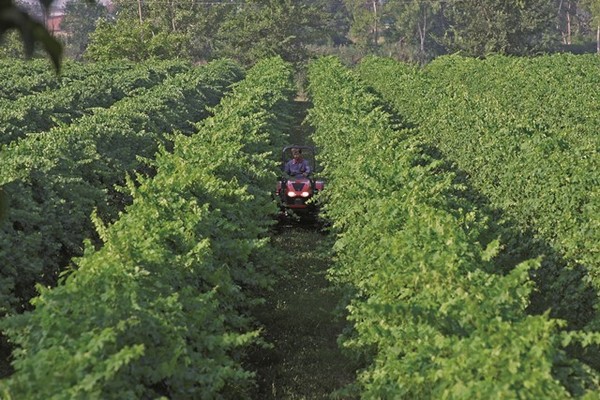 The Italian agricultural machinery market has confirmed a positive trend in the current year through the end of September with increasing sales of tractors, transporters and trailers. According to Ministry of Transport data elaborated by FederUnacoma, tractor registrations over the first nine months of the year rose 9.7% to 15,247 units sold compared to 13,902 in the same period in 2016. A breakdown showed smaller gains for transporters, 2% for 611 units, and a plus 1.2% for trailers with 7,452 units sold. These upward trends did not extend to combine harvesters which slipped back by 3.6% with 297 units sold, and for telescopic handlers plunging by 25.3% for 549 units. These market figures, made public in Bari during the Agrilevante press conference, look encouraging in the wake of a long period of about ten years of ongoing decline of sales, especially for tractors which fell to an all-time annual low of 18,340 units sold by the close of 2016. Alessandro Malavolti, the president of the Italian Agricultural Machinery Manufacturers Federation, FederUnacoma in the National Manufacturers Confederation, reported that the recovery can be assigned to a number of factors led by agricultural income which rose by 20% between the end of 2016 and the start of the current year to clear the way to investments in new generation machinery. A second reason has been the opening of European Union Rural Development Plan financing and the start of financing from INAIL, the National Institute for Accidents at Work Insurance, also aimed at new generation machinery. An analysis of access to the RDP funds in the first six months of the year disclosed increasing machinery financing allocated under three Measures (4, 6, 8). Another contribution to market recovery came from INAIL, as cited above, through the allocation of € 45 million with € 5 million set aside for young farmers and the remaining € 40 million for farmers working on primary crop productions.