The Comagarden/Morgan figures, indicate an average increase of 29% in the first part of the year. The favourable weather pattern, of opposite trend compared to the same period 2017, is at the root of this anomalous growth in demand, which should decrease over the course of the year while still maintaining an index in line with that of last year 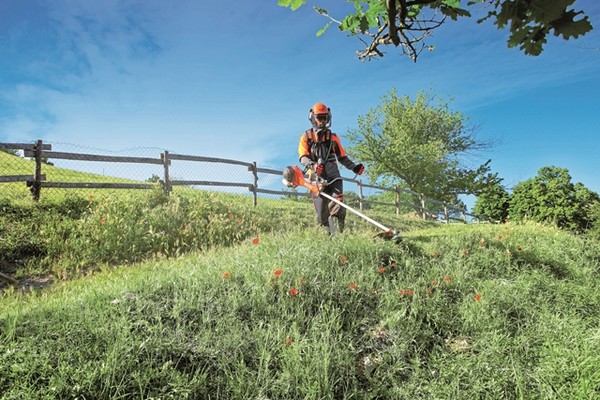 In the first quarter of the year, the market for machinery and equipment for gardening and landscaping demonstrated a marked increase. The data processed by Comagarden on the basis of surveys by the statistical group Morgan - presented on May 21th in Bologna by the President of Comagarden Franco Novello, at a press conference at the headquarters of FederUnacoma - indicate an overall growth of 29% in the quarter compared to the same period last year. The increases concern all the types of machines, with percentages in certain cases lower than the average figure, in other cases clearly higher: mowers increase by 20.9%, chainsaws by 9.7%, brushcutters by 56%, trimmers by 53.5% and blowers by 28.3%. Bio-shredders (20.2%) and hedge trimmers (36.3%) are also on the rise, with even higher increases for the sales of lawn tractors (+64%).

“The reasons for this surge in sales statistics - said President Novello during the conference - are found in the combination of two factors: the meteorological trend of the first quarter, characterized by a particularly mild climate and high temperatures that favoured the early flowering and the vegetative activity of the plants, making maintenance operations necessary and thus stimulating the demand for machinery; and the clear differentiation between the meteorological conditions of this year and those of the same period of 2018, characterized by an extension of the cold season and therefore by a significant decline in the demand for machinery”. The difference between the increase in demand in the first 2019 fraction and the sharp decline in the same period of the previous year - it was explained - is therefore particularly accentuated, and this generates the current increase percentages that are out of the ordinary.

Among the meteorological variables destined to influence the market, however, the anomalous trend of the last month must also be considered, which unlike the previous ones was characterized by a return of winter.

The African sub-tropical anticyclone that had heated our country since February - it was explained during the conference - remained confined to the Iberian Peninsula and to the Far Eastern Europe up to the North of Russia, while a wave of bad weather fell in the vast area between the North Sea and the central Mediterranean, where late autumn snow in the first week of May in England, France and Germany was joined by the autumn cold on the Baltic, Germany and Italy.

In Italy the temperatures fell by as much as 8° compared to the norm, and this element will weigh on the final balance of the second part of the year. Net of seasonal highs and lows, the Italian market should stabilize during the year: “The Comagarden/Morgan forecasts - explained Novello - show a gradual realignment of sales to last year’s levels, with a total number of units sold of around 1,300,000. A forecast is difficult for the European market, which in 2018 recorded a contraction of 3% and which this year appears, as mentioned, particularly exposed to the meteorological variable”.