They are called groundsmen and are already sought after abroad because they are decisive for winning on the pitch. A recently established school is already training the new Italian groundsmen. The Italian in charge of the official pitch of Nizza football also participated in the seminar, broadcast on the EDP platform 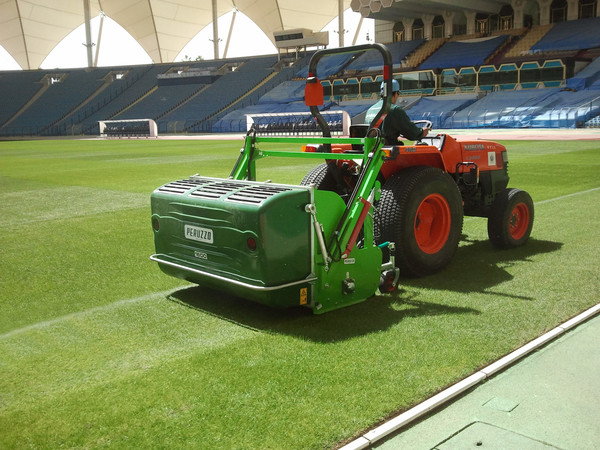 Whether it's football, tennis or golf, the health of athletes depends to a large extent on him. We are talking about the groundsman, who is responsible for the turf of a playing pitch.

"If the pitch is not in great condition, the athletes' risk of injury increases. And to work well, you need to know every inch of the field, every blade of grass."

This delicate work was explained by Francesco Dotto, president of the Italian groundsman training institute, opening the webinar "Groundsman: New Career Opportunity for Gardeners", which was held on the second day of EDP, Eima Digital Preview.

"We must not only think about the risk for a Ronaldo, for whom an injury would represent significant financial damage" added Dotto "but also of the children from the oratory: a child who gets hurt in the parish court could have consequences that he carries in the years to come. This is much more important, in my opinion, than any economic loss".

In short, the groundsman is much more than a simple maintenance worker. He must work closely with the coach and the sports trainer, who give directions on how the pitch should be prepared for the next match, in order to increase the players' performance: they ask for a faster or more flowing pitch, or one on which ball bounces high. These requests can be fulfilled by intervening on the turf.

This new professional figure was born abroad and is widespread throughout Europe, including Eastern Europe. However, there are already quite a few Italians who are prized by international level clubs.

Gianni Casini, Head groundsman of Nizza football, explained the most delicate aspects of his work, for which he followed a decidedly demanding training course: diploma of agricultural expert, degree in Management of urban green and landscaping, Master's in olive tree management, diploma of Superintendent at the national golf school of Sutri and, lastly, a course on turf maintenance completed on a golf course.

"In 2004, and for over five years, I was involved in golf courses in Great Britain, but then I had some interesting experiences on tennis courts, first in Germany and then in Wimbledon. I would like to work in Italy, but there still isn't enough awareness about this figure, even though it would be essential for the most famous teams. Those who face international matches should know that training on a well-maintained field that is adapted to the needs of the game strategy established by the coach makes the team more competitive."

A virtual university to discover agro-mechanics