Despite having the characteristics of an anti-cyclical sector, the Italian components sector was also affected by the Covid-19 pandemic. According to Comacomp estimates, in 2020, production's value should fall by 4.6% in 2019. The losses are mainly concentrated in the first half of the year, while signs of recovery can be seen in the third quarter 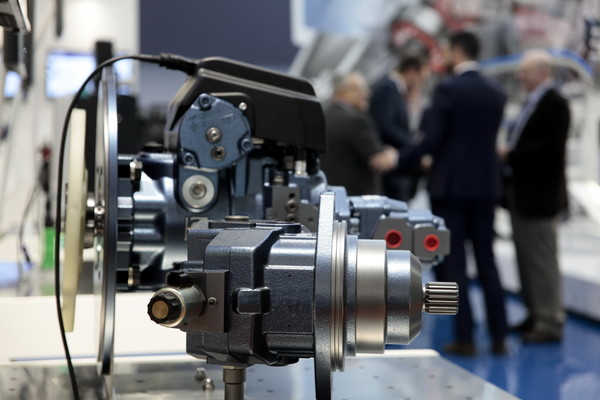 Few sectors of the agro-mechanical sector have mutated in the last 30-35 years as much as the components sector has. Until the second half of the 80s, components and spare parts for agricultural machinery were mainly mechanical. When the information revolution arrived and digitization began in the 90s, electronics took on a leading role also (and particularly) in this field. The traditional mechanical parts for tractors, self-propelled machines and equipment - tools, seats, cabs, cardan shafts, three-point hitches, gearboxes, transmissions, just to name a few - were joined by items such as monitors, electronic control units, joysticks, wiring systems and the vast array of sensors that support agriculture 4.0 systems. The technological evolution of agricultural machinery - driven by the need to increase production (both quantitatively and qualitatively), to ensure sustainable use of resources, and to minimize the impact on the environment - has gone hand in hand with the production diversification of components. In light of this profound transformation, companies in this sector have had to rethink their business, “contaminating” mechanics with electronics and developing product ranges with highly innovative content. This is precisely the capability that allowed component manufacturers to carve out a leading role in the landscape of Italian agricultural machinery.

An anti-cyclical sector. For the three-year period 2018-2020, Comacomp (the association that represents component manufacturers within FederUnacoma) estimates the average production value at around 2.5 billion euros - a turnover second only to that agricultural machinery (5 billion euros per year on average over the same period), making components one of the driving sectors of agricultural mechanization. This is confirmed by the strong growth in the value of production between 2017 and 2019, when it went from 2.5 to 2.7 billion euros, marking increases of 8%. The data relating to this sector's performance, especially if compared with other agro-mechanics segments, highlight the trend in components, which is inelastic compared to the trend lines that distinguish the other segments of the mechanization market. In 2018, for example, while tractor production fell by 5.5% compared to the previous year, components recorded a +1.7%. The same trend was repeated in 2019, when the production value for tractors decreased by 6.3% compared to 2018, while components grew by 8%. The dynamism of this segment also emerges from the comparison with agricultural machinery: both sectors grew in the two-year period in question, but components recorded higher growth rates than machinery, both in 2018 (+1.7% for components , +1.5% for machines) and in 2019 (respectively: +8% and +3.7%). The sector's anti-cyclical nature is explained on the one hand by the breadth of the ranges, and on the other by the "cross-sectional" nature of the product lines, since many of them (just think of the nozzles for sprayers, monitors, hydraulic pumps or sensors) are designed to equip a wide range of machines. "For our companies it is essential to innovate. It is true that we find ourselves competing with manufacturers from more competitive countries, especially as regards costs, however - explains Piergiorgio Salvarani, president of Comacomp - our flexibility, the quality of our products, the specificity of our territory represent important drivers for growth. Furthermore, the strong export vocation helps us keep this sector vital and innovative".

The "slowdown" of 2020. The growth trend was interrupted by the Covid-19 pandemic.  According to Comacomp estimates, 2020 should mark a decline of 2.1% with an estimated loss of more than 50 million euros. This setback, which occurred mainly in the first six months of the year, was caused not only by the stoppage of production ordered last spring; it was also due to the closure of borders decided by the governments of many countries, European and non-European, to stop the increasing infections. “The Rapid Survey” (climate analysis periodically conducted by Comacomp regarding market sentiment) carried out in the second quarter of 2020 indicates with great clarity the extent of this decline. Indeed, the majority of the companies interviewed - 73% - reported losses in turnover for the first half of the year; losses that for a substantial portion of them (24%) were greater than 20%. For 83% of manufacturers, the reduction in business occurred mainly on the domestic market. The survey carried out in the third quarter shows signs of recovery, since the share of "pessimistic companies" has decreased considerably (20% of the sample), while for the remaining 80% the turnover should grow or, at least, remain stable. Faced with the first signs of recovery, specific public policies supporting the sector could act as a driving force for recovery. “In this period, funding has not been lacking, even if in some cases it has been emphasized. In reality - continues Salvarani - support policies must be guided by long-term strategies that also include specific facilities for SMEs". In this scenario, an event such as EDP can be a growth multiplier, thanks to the many business to business meetings scheduled between companies and foreign businesspeople. The virtual exhibition - the first event dedicated to agricultural machinery to be held since last February - can therefore significantly contribute to creating a climate of trust among component manufacturers. "The limits imposed by the pandemic on trade exhibitions and business contacts - concludes the president of Comacomp - have forced us to review consolidated business models, and EDP represents a challenge for us".