Tractors of the Year: Magnum 380 CVX by Case IH 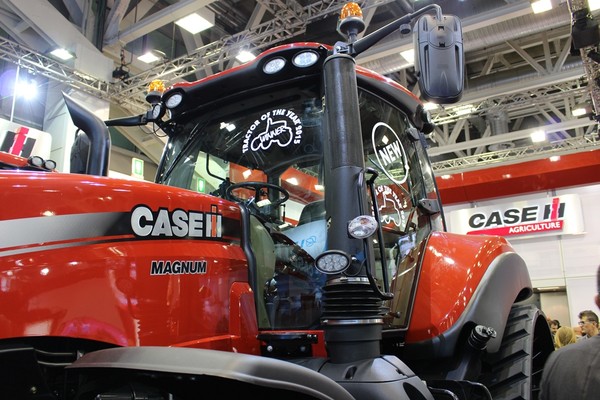 The Magnum 380 CVX by Case IH was named Tractor of the Year 2015. The award ceremony was held last November 12th in the setting of EIMA International 2014. The Magnum 380 CVX was identified by 23 independent agricultural journalists from the leading trade magazines in 23 European countries on the basis of the CVX continuously variable transmission, the ergonomic Multicontroller armrest and the new LED lighting system. Also cited by the international jury was the innovative “Rowtrac” solution for the rear tracks and front high-tech low-pressure tires optimizing traction with the added advantages of great power to the ground and less soil compaction compared to traditional wheeled tractors.

Matthew Foster, Vice President Case IH Europe and responsible for Europe, Africa and the Middle East, declared at the award ceremony, “I am more than proud to represent Case IH” and receive the Tractor of the Year 2015 award. He went on to affirm, “27 years of Magnum tractors mean 27 years of approval by the hardest test personnel you can get, that is farmers in their everyday practice.”

In the category of the specialists, the Best of Specialists prize went to the New Holland 72 HP flagship T3.75F in the T3F series, an ergonomic and compact tractor with an ideal  turning radius of only 3.4 meters for great maneuverability between vineyard rows and in fruit orchards. The third winner rounding out the awards was the Deutz Fahr 9340 TTV which came away with the Golden Tractor for Design. The next appointment for the Tractor of the Year series is set for next November in Hanover.

Tractor of the Year: finalists "online"

Tractor of the Year: the protagonists in Bologna 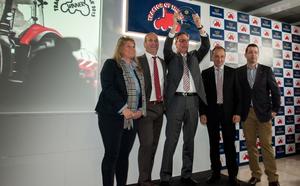 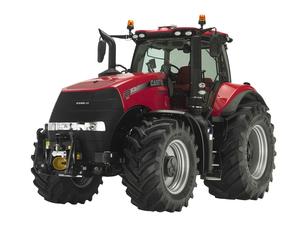