Back
Close Up
January - February 2020

Registrations stood at 18,579 in 2019, in line with the average figure for recent years. As regards the other types of machines, combine harvesters, tractors with loading platforms and trailers are decreasing, while telescopic handlers are growing 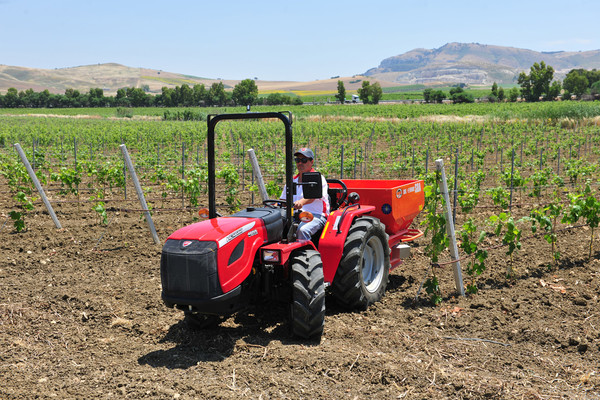 The closing balance on the sales of agricultural tractors in Italy in 2019 shows a total of 18,579 units, with a slight increase (+0.7%) compared to 2018. The overall number of machines - processed by FederUnacoma on the basis of registrations recorded at the Ministry of Transport - is in line not only with the figure of the previous year (18,442 units), but also with the medium-term trend.

Reviewing the data relating to sales in the six years from 2014 to 2019, it is clear that - excluding 2017, biased by the forced registration of tractors in stock before the entry into force of the new EU regulation on registrations - the average of the machines absorbed by the domestic market stood at around 18,400 units.

This figure confirms how the Italian market, which after the 2008 economic crisis had undergone a drastic downsizing, has stabilized in recent years, albeit with volumes significantly lower than the pre-crisis levels (around 30 thousand units per year from 2000 to 2007).

As regards the other types of machines, the final balance for 2019 shows a decrease in the sales of combine harvesters (-4.9% on the basis of 310 registered units), of tractors with loading platform (-12.9% for 552 units) and trailers (-2.2% for 8,946 registered units), while telescopic handlers are clearly growing, marking an increase of 23.5% based on 897 units, confirming the positive trend of this type of machine, which has a good versatility of use on the farm and which has shown a more lively trend in recent years than others.

The Italian Manufacturers' Federation notes that there is a great need for new generation technologies in this country, given that the current fleet is made up of largely obsolete vehicles.

However, the progressive reduction of agricultural incomes and the still insufficient use of the EU and national resources available prevent the market from growing beyond the current levels.

Agriculture machinery, first half in the red

Italy: tractors balance 2016 at a minimum