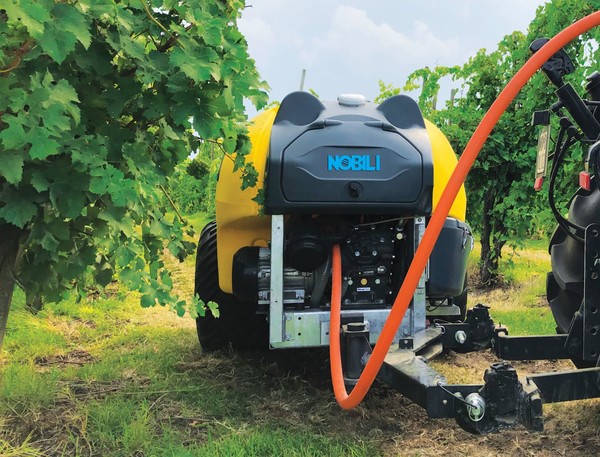 EIMA Digital Preview hosted the debut of two electrical devices developed by the technical department of Nobili of Molinella (Bologna) together with CNH Industrial - Technology. We are talking about the E-SPRAYER and the E-MULCHER.

As the manufacturer explains in a note, the two machines, winners of a Technical Innovation award at 44th edition of EIMA International, are powered only by a generator positioned on board the tractor, to which they are connected through a socket compliant with the AEF standards (Agricultural Industry Electronics Foundation), the international body that aims to improve the compatibility between the electronic and electrical components of the equipment and to ensure their interoperability.

The E-SPRAYER is equipped with two electric motors, one for the pump and one for the fan unit (the blade is a Nobili patent) and is equipped with an automatic dosing device, controlled by the tractor via the ISOBUS system. The fan's rotation speed is adjustable up to six different speeds, according to the needs of the vegetative states, while the inversion of the motion of the blades allows you to clean the air intake grille from the leaves which in some cases can obstruct the flow. The E-MULCHER, on the other hand, has an electric motor that manages the rotor with reversible rotation (this feature allows the machine to shred different types of vegetation, also in terms of volume) and with two linear actuators that move the head into working position.

The other pluses of the E-MULCHER include the electronic start and stop device and the possibility of maintaining a constant speed during the work phase, in order to have an optimal cutting quality. The note from Nobili also explains how improves not only the efficiency of the tractor/implement system, but also the manoeuvrability (trajectories with tighter angles can be followed), since the implement is no longer limited by the cardan shaft connected to the power take-off.

From an operational point of view, these advantages result in significant fuel savings per hectare, which, according to the manufacturer, reaches 34% with E-SPRAYER and 31% with E-MULCHER.

Mulchers, the top of the Nobili range 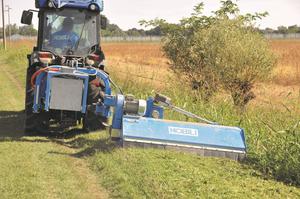