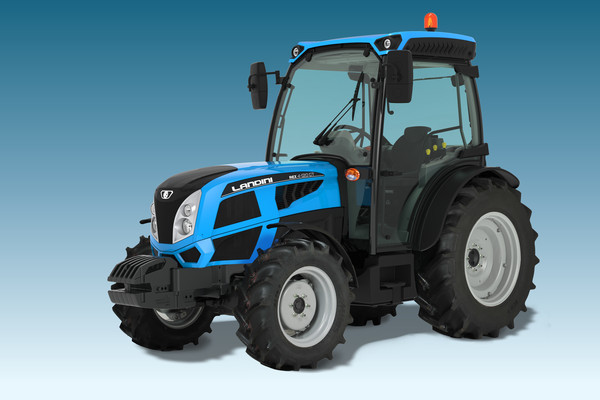 At the Argo Tractors stand, the spotlight is on the new series of REX 4 specialized tractors, completely renewed in their look and their technical content (already presented at EIMA International 2016, see MW 10-11 2016). The new features start from the engine, with the adoption of the four-cylinder Deutz Tier 4 Interim 2.9 lt engine (TCD L4) equipped only with DOC and the Engine Memo Switch device, for storing the number of revolutions of the engine. The maximum horsepower at 2200 rpm starts at 70 HP and reaches 111 Hp, with as many as six models for each version. Another new feature is the Argo Tractors transmission, equipped with mechanical or hydraulic reverser and 4 speeds for 3 ranges with the possibility of adding two options: Hi-Lo and High-Medium-Low, in addition to the creeper. The tractor’s look is also renewed: with completely new aesthetics and ergonomics, the cab offers a driving position optimized in terms of controls distribution, flattened centre tunnel, high forward visibility for better use of frontal equipment.

The focus on international markets will instead be offered by the Landini Super Series, a range of tractors aimed at non-emissioned emerging markets, where this Italian brand is constantly expanding.  The Super Series incorporates the existing Series 60 and Globalfarm, with a product increasingly in line with modern standards, with engines from 75 to 106 Hp depending on the different needs of destination countries.

All produced in Italy, Landini tractors combine qualities of power, reliability and versatility in order to achieve high performance in various farming operations. The aggressive look is in line with the modern Landini Family Feeling, and the attention to detail, the performance and the rugged front axle live up to the most modern standards. The transmission is produced by Argo Tractors with 4 gears and 3 ranges with different configuration options: 12+4 is the basic one, 12+12 is the optional one with Synchro Shuttle, 16+16 the optional one with the Creeper. Operator safety is guaranteed by the folding frame that also offers excellent rear visibility.

STABILITY IS NO JOKING MATTER

If today we are leader in the design and manufacture of wheels and support feet it's because we believe that you are never simply customers, and we work to never be simply suppliers.
www.simol.com 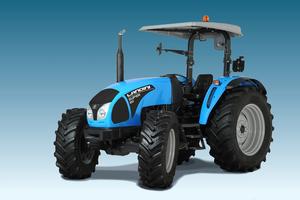