With an economy heavily dependent on oil and therefore exposed to fluctuations in the price of this raw material, the Republic of Congo has today the need to diversify its economic activities focusing on agriculture and industry. In order to be competitive, the Congolese primary sector requires mechanization and specific training activities 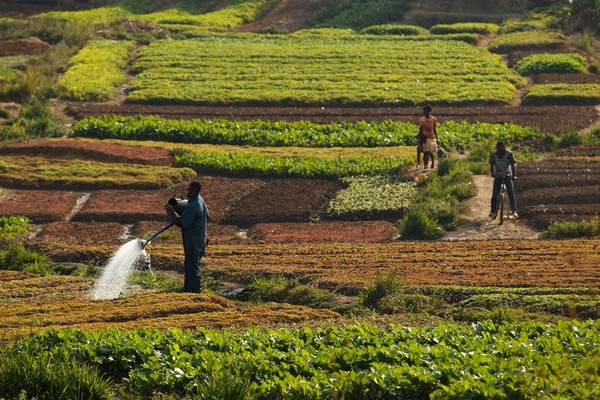 The “Government to Governement” mission was successfully accomplished. This event was organized from January 25 to 27 in the Republic of Congo by the Italian Ministries of the Economic Development and Foreign Affairs, the International Cooperation and the Ice Agencies in collaboration with Confindustria. The high-level Italian delegation, led by the Deputy Minister of the Economic Development Carlo Calenda, saw the participation of the leaders of major trade associations in addition to Confindustria, FederUnacoma, Federpesca and Oice-Federcostruzioni. The initiative, promoted with the aim of strengthening business relations between Italy and Congo within several strategic sectors for the economy of the Sub-Saharan country, saw the strong participation of the Italian business world, with a delegation of companies (among which Alenia, Italcementi Group and Selex), able to express a total turnover of not less than 50 billion euro. Of absolute importance was also the Congolese delegation (with the presence of the Minister of Agriculture Rigobert Maboundou) which, composed of ministers and managers with key functions in the economic sector, described to the Italian companies the main areas interested in a possible partnership between the two countries.

Oil-based economy in search of diversification

According to sources of the World Bank quoted by the Ice Agency, that of the Republic of Congo is one of the ten most dynamic economies of the continent. On the other hand, from 2003 up to the present, i.e. from the signing of the peace agreements that appear to have put an end to the instability caused by the civil war of 1997, the gradual stabilisation of the domestic political framework has laid the foundation for the consolidation of economy, even if – as highlighted by American analysts – the country is not yet fully stabilised. In strictly economic terms, according to the World Bank data, the virtuous cycle begun in 2003 has resulted in a decade of almost uninterrupted growth of GDP (with the only exception of 2007), albeit at a variable rate (passing f.ex. from +7.8% in 2005 to 3.4% in 2013). The main factor of the Congolese economic boom was, beside the aforementioned peace process, the exploitation of oil resources of which the territory is rich. “The Republic of Congo – according to a recent survey by the International Monetary Fund – is heavily dependent on oil: 58% of GDP, 78% of exports and 74% of tax revenues are linked today to the production of crude oil”. However, if on one hand the “black gold” has been and still is an important driving force for the growth of the Central African country, on the other hand it is still an element of fragility for the local economic system, too exposed to fluctuations in oil prices. For this reason, one of the priorities of the Government of Brazzaville is to diversify the production structure, focusing on developing a modern and competitive industrial apparatus, supported by a modern and efficient infrastructure network (the improvement of which is in the centre of the 2012-2016 national development plan). The re-launch of industry, an integral part of the diversification strategies, passes through the enhancement of the mining sector (potassium, lead, zinc and copper), the exploitation of forest resources and the strengthening of the agro-food chains.

In this context, agriculture is going to play a key role. On the other hand, with a cultivable area of 10 million hectares; with water resources and a rainfall able to meet the needs of fields irrigation; with climate and soil conditions favourable to some of the major industrial crops (including cassava, cereals, oilseeds, fruits and vegetables, rubber tree, sugar cane, cocoa and coffee: all crops to be developed), the primary sector seems to have what it takes not only to achieve food self-sufficiency – a finish line that the government has planned to cut by 2025 – but also to become an important export element, thus contributing to the Congolese trade balance (today focused on oil, timber, sugar, coffee, cocoa and diamonds). As it was highlighted by the Minister of Agriculture Maboundou, for the development of the sector it would also be necessary to strengthen the activities related to animal husbandry (one of the main weaknesses of the Congolese agricultural sector) – poultry farming in particular – with the restoration of the population of cattle, sheep, goats and pigs and create a production of feed. More in general, explained Maboundou, the priorities of the agricultural policy for the next future are directed on the one hand to the development of  agronomic research (designed to enhance, among others, the cultivation of cassava, banana, maize and oil palm) and to the improvement of irrigation systems and on the other hand on formation and transformation of agricultural products. It is worth to mention, always with reference to the primary sector, the ten-year programme (2011-2020) for forestation and reforestation of an area of one million hectares, promoted with the dual goal of reducing environmental degradation and capitalizing forest resources.

Mechanization as a priority for the agriculture of Congo

In order to achieve such an ambitious and rich programme, the Government of Brazzaville is focusing on the professional training of operators and the mechanization of the countryside, to be achieved thanks to tax incentives such as the exemption from VAT payment on the purchase of machinery and tools for agricultural production or the reduced customs duty rate (2%) on the import of machinery. In other words, if the measures of the government to boost agriculture should give the desired results, for the Italian manufacturers might take form a major commercial partnership with the Sub-Saharan country. These opportunities seem to be confirmed by the trend of Italian exports of agricultural machinery, which in the 2013-2014 period recorded double-digit increases for both tractors and equipment. Particularly significant are the data related to 2014 when, thanks to a large increase in the export of tractors (+53.5% in value), Brazzaville has become the fourth largest market (after South Africa, Angola and Somalia) for the Italian agro-mechanics in subequatorial Africa and the twelfth at the continental level.

From the point of view of volumes, the performance of Congo are still very far from those made by the leading markets (South Africa, Morocco, Tunisia and Algeria). Even though the signals seem to indicate an increase in trade, further confirmations are needed to determine whether the trend begun in 2013 and continued in 2014, with the highest number of Italian tractors imported by Brazzaville, represents a fact pertaining the economic situation or rather a phenomenon consolidating over time. Of note in this regard is the upward trend for the export of equipment, returned to grow prominently after the collapse of 2012 but without reaching the record levels of 2011 (1.3 million). In this segment, soil cultivating machines (49.4% of the total in 2015) and animal husbandry machinery (43%) have a driving force, while the sector of sowing, transplanting and fertilization holds a residual share of just 5.3% of the Italian export in this sector.

The contribution that the Italian manufacturers can make to the development of the Congolese agriculture is not only limited to the provision of technology and machines, but passes through the sharing of professional knowledge. In fact, precisely during the Italian mission in Congo, FederUnacoma proposed to the major representatives of the Republic of Congo the construction of a training centre for the entire agro-industrial sector (from agricultural machinery to those for the processing and packaging of agricultural products) and the programming of training courses (to be carried out in cooperation with the Mediterranean Agronomic Institute of Bari), designed to prepare agronomists and future leaders of the Ministry of Agriculture and the related research facilities. 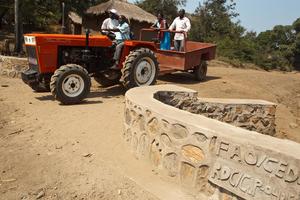 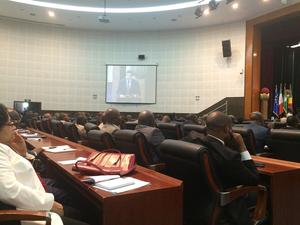 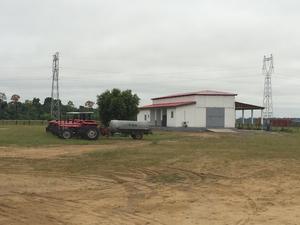 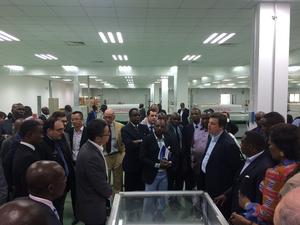