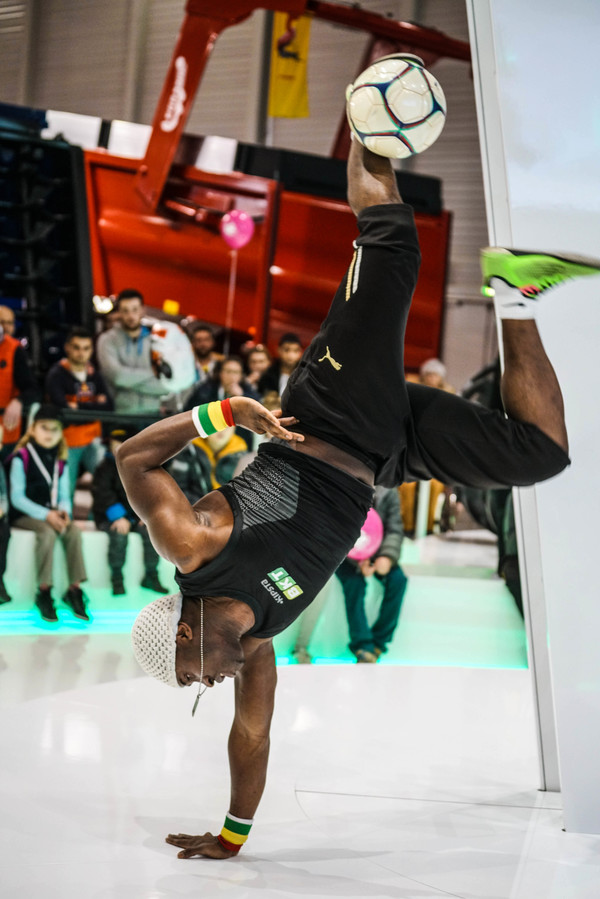 Football is the key theme on which BKT’s promotional activity will be developed at the EIMA International Exhibition, after the participation of this Indian tyre company in sport promotional activities, which linked its trademark to the Italian second division championship. The Indian giant decided that the five-day event held in Bologna will be an opportunity of entertainment and interaction with the public, starting from the distribution of football balls to visitors, to end with the extraordinary exhibitions by Iya Traoré (Guinean football player and freestyler) who raised the enthusiasm of the visitors of past exhibitions with his incredible performances. Thanks to this success, the Indian company has signed an agreement in support of the IYA Foundation, created by the champion himself, with the goal of helping Guinean boys and girls through education programs and sport activities. Top of the events will be the 9 November meeting with the ex-football player Paolo Rossi, who played in Italy’s 1982 World Cup winning team. The football champion will attend BKT and Univergomma area, to meet his fans in the setting provided by the Indian company. Sport represents an international language and for this reason BKT has recently signed another agreement with the Ligue de Football Professionell, managing body of the French professional football clubs. The Indian corporation will be, for the next six football seasons, the Title Sponsor of the Coupe de la Ligue football championship, from now on the “Coupe de la Ligue BKT.”

BKT, a strategic centre for the European market

BKT, an innovative and sustainable multinational