The 2015 edition of Macfrut, the exhibition dedicated to the fruit and vegetable sector, was held September 23 to 25, organized by Cesena Fiera and hosted for the first time at the Rimini Expo Centre. There were record numbers of visitors and an extensive schedule of meetings for an event that also saw the participation of FederUnacoma as an organizational partner for the part related to mechanization 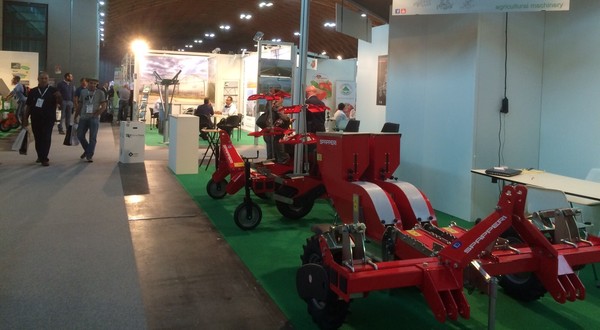 The results were very positive for the first Rimini edition of Macfrut, the Italian fruit and vegetable fair, which was held this year for the first time at the Rimini exhibition centre. There were a total of 39 thousand visitors, the highest number ever in the 32-year history of the event organized by Cesena Fiera (the last edition had 25 thousand visitors). Besides the growing numbers, the quality of the attending operators satisfied organizers: one in five was a foreigner, reflecting the international level of the exhibition, also characterized by an increase in exhibitors and surface area. “This outstanding result,” said Renzo Piraccini, Chairman of Cesena Fiera, “is the mirror of what we can do if the production chain stays together. We are headed in an increasingly international direction,” added Piraccini, “and next May we will be protagonists in Cairo along with the Madrid Fair, for the first edition of Mac Fruit Attraction”. Lorenzo Cagnoni, President of Rimini Fiera, also expressed satisfaction for the double result: successfully hosting Macfrut together with the first edition of Flora Trade. “We planted a seed,” he said, “to revive the leadership of the horticultural industry in the world.” During the opening ceremony, the importance of the collaboration between Cesena and Rimini was highlighted, overcoming any parochial logic, contributing equally to the final result. “It is a collaboration between the two cities that shows great courage and vision,” said Deputy Minister Andrea Olivero in his inaugural speech, “and this is the right path to be competitive and up to date. Moreover, the work you have been doing for years in the area of ​​innovation, attention to quality and promoting consumption is also very valuable.”

The event, which this year took advantage of the collaboration of FederUnacoma to strengthen the presence of agricultural engineering as a key element to the efficiency of the supply chain of fruit and vegetables, also took place in the context of a good recovery in the fruit and vegetable sector. Exports showed a 10% increase over the previous year, and household consumption, after years of crisis, seems to have taken a path of growth (+3%). Fruit and vegetable exports are second only to the wine industry. “I am convinced that we can work for a global platform of the industry,” concluded Piraccini, “and grow the Italian product. They need drive and pragmatism, but we can do it.”

The fruit and vegetable markets of Eastern Europe look to Italy. The meeting area of Macfrut hosted the last September 23th a meeting between representatives of the major markets of Poland, Ukraine, Albania and Croatia to discuss how to strengthen the vegetable sector and invest in technology and innovation (packaging and promotion). Organized by the CEI Wholesale Markets Foundation, the meeting was attended by Krzysztof Karpa, vice president of the Bronisze Warsaw market, one of the biggest wholesale markets of Eastern Europe. “The past year has been very difficult,” said Karpa, “but this year, despite the loss of exports to Russia, estimated in 25% of apples, 25% of peppers and 30% of Chinese cabbage, and a severe drought in Poland, we are trying to find other pathways and new partners. Macfrut,” continued Karpa, “is a great showcase of industry news and innovations from a technological standpoint. It is an opportunity to lay the foundations for agreements and sign contracts. Eastern European countries are an interesting market for Italy, especially with regard to medium-high level products. Lower-end products are already covered by Spain. For this reason it is important to initiate new relationships and strengthen existing ones to fully satisfy the demands of the market.” 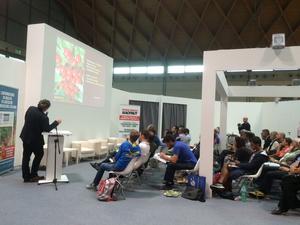 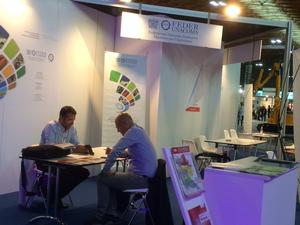