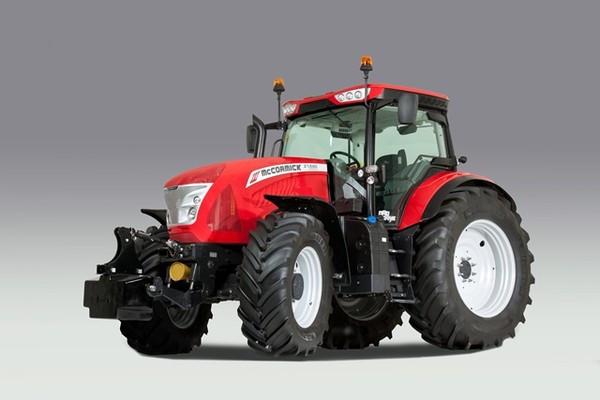 A new edition of McCormick's X6 and X7 tractors were on view on the Argo Group stand at the Fieragricola 2014 industrial fair, including the X7's Premier Cab which brings auto level comfort to the farm, including ample space and excellent visibility.
The doors have reinforced hinges and a locking system you would expect on any new car. Car materials are also used for the interiors, and LED lights give improved illumination.
The controls are also arranged rationally, and the steering wheel is telescopic and can be inclined, also boasting an integrated tool carrier. There is a multifunction armrest, light and windscreen wiper controls on the steering wheel, automatic zeroing of the flashing direction indicators, telescopic, heatable rear view mirrors, and a new seat for a second passenger with a patented system for folding it away to facilitate entering and exiting the cab.
The new X6, replacing the X60 and the MC, comes in two models from 11 to 121 Hp with a 4,500 cc Tier 4 Interim FPT engine fitted with SCR, the Selective Catalytic Reduction system. The style has been redesigned and the cab inspired by the X7's new Premier.
The X6 has a 36+12 transmission with three Powershift gears, a four-speed PTO, and electronically controlled rear lift. The hydraulic circuit has also been improved, increasing the flow to 66 litres a minute in the open circuit version and 110 litres with the closed circuit.
For highway use, one option is a cab with and front axle with suspensions.

X8 VT-Drive, a range of tractors for agriculture 4.0 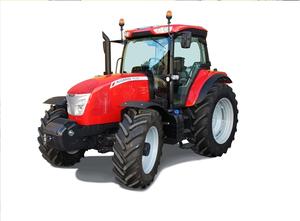