The fourth edition of Eima Agrimach, the exposition of machinery and equipment for Indian agriculture, will be held in especially favorable economic conditions. The event is planned as a platform for providing solutions to the many questions open which are hindering the full development of agriculture in the country 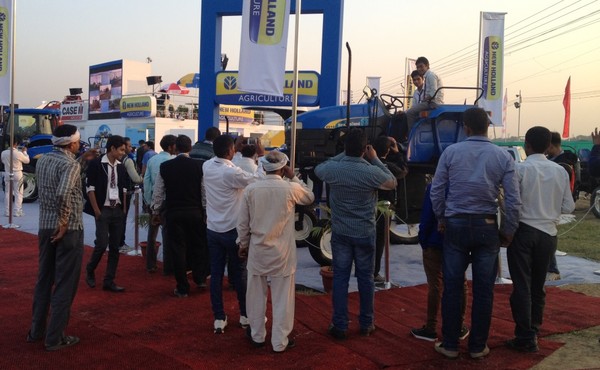 Prime Minister Narendra Modi, since taking office in May 2014 and even during his electoral campaign, has been seen by many Indian and international observers as the man who can return India to the foreground on the world economic scene. He has, in fact, stressed that agriculture is one of the keys for the development of his country and that techniques and technologies for various cultivation cycles to meet the ever greater needs of the country’s population as well as to boost exports of farm products to reap these positive results for the economy.

An initial analysis of the 2012-2013 fiscal year discloses impressive numbers for Indian agriculture. Rice produced came to 105 million tons, cereals reached 93 million, fruit 81 million and vegetables brought in came to 162 million tons to make India one of the leading agricultural producers on the planet. However, a study of these production data also shows that a large parts of agricultural potential is not utilized. One example to explain all this is the yield of corn crops which stand at 2,321 kg/ha, well below United States yields at 8,858 kg/ha as well as under the world average of 5,097 kg/ha.

On the agricultural mechanization front, what is immediately apparent is that for years India has ranked as the world’s leading market for tractors with 2.6 million units sold in the five years 2009-2013, a role confirmed in 2014 in spite of a marginal decline under the previous year to 593,000 units moved. These figures, however, have not been equaled by sales of other machinery and equipment with mechanization levels estimated at just 29% for seeders and transplanters, 34% for crop protection machinery, 37% for irrigation and even much less for harvesting and threshing at 5%.

Moreover there are a number of problems in need of answers to clear the way to the full development of the nation’s agriculture. The first is the decline of the agricultural labor force due to the ongoing urbanization of society and to such rural development programs as the Mahatma Gandhi National Rural Employment Guarantee Act which guarantees one hundred days of unqualified work annually to a member of each family in rural areas. Though farming is still the largest sources of employment, accounting for 54% of the labor force, the number of farm hands at work dropped by more than 30 million units  between 2004 and 2012. Associated with this decline of the labor force is increasing average wages reducing the profitability of farming in India.

A second obstacle in the way of growth in the primary sector is the climate. Over the years India has not been able to decisively decrease the dependence of the nation’s agriculture on rainfall, especially the amounts brought on during the monsoon season, by adopting irrigation systems. According to a report issued by the Central Water Commission, only 45% of 140 million hectares net of croplands is irrigated which means that the majority of crops are dependent on precipitation falling less and less regularly because of seasonal changes and in less quantities.

So mechanization is the key for solving the problems named above and for achieving India’s ambitious agricultural development plans summed up by the slogan “Second Green Revolution”. To facilitate the arrival of technologies to the fields, the Indian government, in the framework of the XII Five Year Plan 2012-2017, has launched the Sub-mission on Agricultural Mechanization with an allocation of 20 billion rupees, more than € 290 million at the current rate of exchange. The funds are targeted primarily on the adoption of machinery and equipment by small farm holdings, the dissemination of a “mechanization mentality” through training courses, testing and demonstrations, and creating a contractors system. It comes as no surprise that the focus of the program is on farmers with small holdings. Over the years, due in part to complicated India legislation on succession, farm holdings have been fragmented down to an average land area of 1.15 ha per farm. The result of this fragmentation is an inability to sustain the investments needed for the purchase of machinery and equipment by the individual farmers leading to the need for support measures.

Thus in economic conditions displaying a wealth of opportunities, the fourth edition of Eima Agrimach India is set for December 3 to 5, 2015, in New Delhi for an international exposition of agricultural machinery and equipment organized by FederUnacoma, the Italian Federation of Agricultural Machinery Manufacturers, through the federation’s service company, FederUnacoma services surl, and the Federation of Indian Chambers of Commerce and Industry, FICCI, with the support of the Indian Ministry for Agriculture and the Indian Council of Agricultural Research.

In the wake of the success of the previous editions, which drew 270 exhibitors and more than 31,000 visitors in 2013, the upcoming Eima Agrimach is preparing to consolidate the trade fair event as a point of reference for Indian agricultural mechanization and as an essential appointment to be kept for all stakeholders in the sector. Thanks to the participation of major manufacturers of machinery and equipment, national as well as international, Eima Agrimach 2015 is certain to come along as a complete showcase for the finest technologies for Indian agriculture and beyond.

The focal point for this edition will, in fact, be internationalization activities, especially towards the countries of the Middle and Far East and Africa grouped in the  International Buyers Program initiative. This will involve an incoming organization of 250 importers, distributors, retailers and institutional representatives of the most promising agricultural mechanization markets for meetings during the exposition in an area set aside for this purpose in the trade fair quarters. 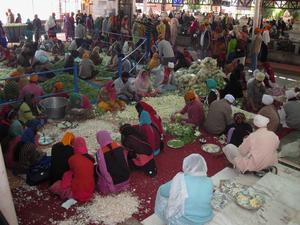 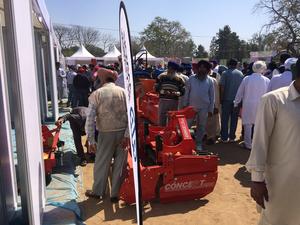