Great crowds of people present and arrivals from many countries around the Asian area were among the outstanding features of the third edition of EIMA International, the agricultural mechanization exposition held in New Delhi in early December. Also on hand were Ficci and FederUnacoma for the presentation of an accord for staging another five editions planned to accompany the development of agricultural mechanization in India for another ten years, up to 2023 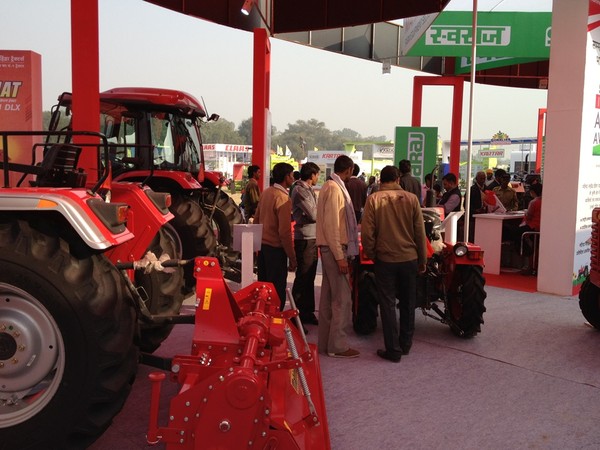 EIMA Agrimach, the agricultural mechanization exposition focused on the Indian subcontinent and organized by FederUnacoma in collaboration with Ficci, the Federation of Indian Chambers of Commerce and Industry, was held 5 to 7 December on the campus of the Iari, the Indian Agricultural Research Institute in Pusa, on the outskirts of New Delhi, to strongly confirm enormous interest in the event and the great promise of further growth. This third edition of the biennial, enlarged in every direction, was given strong backing by the Indian Ministry of Agriculture, the Indian Council of Agricultural Research, the Italian Emilia Romagna Region, Amma, the Indian Agricultural Machinery Manufacturers Association and Ice, the Italian Trade Agency. The event took place on an exhibition area of 15,000 m², 4,000 m² of which was under cover plus another 11,000 m², outdoors allocated for mechanization demonstration trials. Compared to the 2011 outing, this most recent review was held on an exposition area 15% larger and provided international manufacturers taking part with 25% more space. Also growing was the number of companies which rose by 10% to 270, compared to 246 in 2011, arriving from around India and Italy as well as China, South Korea, Japan, Switzerland, the Czech Republic, Spain and Turkey for the exhibition which drew 31,320 visitors, for a gain of 22% over the prevision edition, with 2,670 coming from abroad. The Indian subcontinent has, moreover, become the world's largest tractor market over the past few years and this means the EIMA Agrimach exposition has become a strategic appointment for the manufacturing industries. Another plus were the business-to-business meetings bringing together delegations of businesspeople from India, Indonesia, Iraq, Nepal and Thailand thanks to the support of Ice. Of the 270 manufacturers taking part, as many as 50 came from Italy with products covering the most widely diversified ranges of merchandise, from tractors and combine harvesters to machinery and equipment for forage harvesting and soil preparation to those for irrigation as well as components for a show of the intuition of these industries for the specific requirements of the Indian market. In this connection, the Emilia Romagna Region played an important role by ensuring support for the companies located in the region taking part in the exhibition. Another significant part was taken care of by the Italian Embassy in New Delhi in the person of Ambassador Daniele Mancini, who has pursued and supported cooperation between India and Italy in agricultural mechanization, a sector of great importance for Indian economic strategy. The exposition also provided a setting for meetings on technical and economic issues covering the most salient points of farming and mechanization and the occasion for a conference which included the presentation of the results of an Italian-Indian project for the spread of mechanization in Punjab. Another important conference took up the specific requirements for the Indian production system. Among those who took part in this conference were Ficci Director Ravi Menon, the director of John Deere marketing in India and the FederUnacoma delegate for European Union policy, Marco Pezzini. Speaking at the conference, agricultural adviser Radha Sing pointed out that the development of her country's agricultural economy requires great investments in mechanization. The Indian government will back innovations in agriculture with long-term programs just as cooperation between Ficci and FederUnacoma will be of long duration. In this connection, also announced at the exposition was the agreement between the two organizations for holding five more editions of the trade fair, up to 2023, to run side by side with the development of agricultural mechanization in India over the coming ten years. 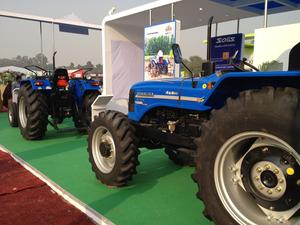