In 2017 in Italy there were 9.114 thefts of tractors and of different farm machinery. The data are provided by Unacma, which reminds that in the last five years there has been a reduction in "jobs". But the business of tractor theft is still profitable, and Coldiretti estimates the damage caused to farms by agro-criminals to be around 300 million 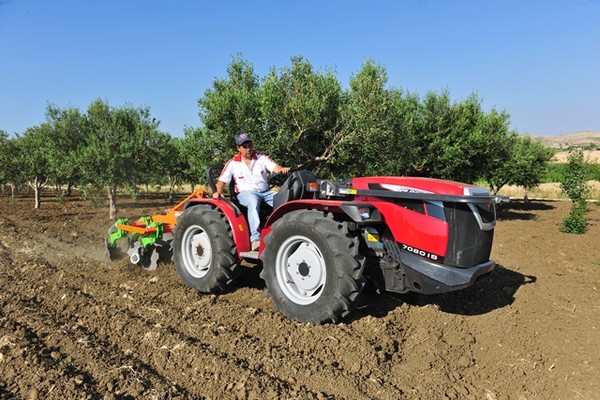 There is the gang specialized in the theft of large displacement tractors, which hit in the agricultural areas of Trentino but also in Lombardy, Emilia-Romagna, Piedmont, for a loot of about one million euro. Then there are the unsubs that on the night of October 23 stole three specialized (for a value of 150 thousand euros) in a farm in Codroipo (Udine), forcing the owner to launch an appeal in the press to ask for help to recover the machinery. A few hundred kilometers further South - in Lazio - the Carabinieri have taken down a crew made of fifteen criminals who hit in the provinces of Rome, Latina, and Frosinone. Accused of theft, receiving stolen goods, criminal association suspects used to steal tractors and agricultural vehicles and then resell them on the black market, but did not shrink also from extortions. Like what suffered by a farmer from Latina, forced to pay out a good 20 thousand euros to get back two new Holland tractors. These are just some examples of a phenomenon that still afflicts agricultural businesses.

Piedmont, Emilia Romagna, Lazio, Puglia, Sicily. According to the data presented by Unacma (the association that brings together agricultural machinery dealers) to the Agriculture Commission of the Senate, the theft of tractors and mechanical means is a criminal phenomenon widespread throughout Italy. These are, it should be remembered, aggregated data, referring to the complex of agricultural equipment and machinery, however, they are a good indicator to focus on the phenomenon. And if Apulia and Sicily, respectively with 1,597 and 1,114 cases only in 2017, are the territories most visited by “agro-criminals”, no region of the italian is exempt. Only Valle d’Aosta (12 thefts) and Trentino Alto Adige (86) are safe. It goes much worse in the agricultural heart of Italy, which in 2017 registered 2,185 thefts divided among Emilia-Romagna (532), Lombardy (655), Piedmont (443) and Veneto (555). The negative record belongs to the regions of Southern and insular Italy, where in 2017 more than half (53.7%) of all the thefts of agricultural machinery occurred (9.114). And yet - and this was confirmed by Unacma also at Eima International 2018 - the trend of the last five years has slightly improved, with a decline year on year and an overall reduction of 30% between 2013 and 2017 (from 13.036 to 9.114 cases). Despite this improving trend, the business of tractor thieves continues to be still very profitable, if it is true that Coldiretti estimates that the total damage suffered by the companies because of the thefts is of 300 million. Also in this case data are aggregate (agricultural products, finished products, equipment of various kinds), but it is legitimate to suppose that a substantial portion of those 300 million refers precisely to mechanical means.

What happens to a tractor when it is stolen? “Most of the time - explains the secretary of Unacma, Gianni Di Nardo - the machines are hidden in places not far from that of theft, then they are loaded on shielded trucks and finally taken abroad, where they are resold.” The most widespread routes are those to countries with large agricultural extensions, the Caucasus, the Balkans. There are also plenty of extorsions, as the media report. The machinery is returned to its rightful owner only after a substantial ransom is paid, which may even reach 20 thousand euros. There are frequent cases of machinery stolen and then resold to Italian “customers”, often aware of their illicit origin. In short, more often than not, thieves of tractors are not too new to register, but they come from the organized crime and leave nothing to chance. From the identification of the target territories to the stakeouts and the concealment of the machines, the whole shot is the result of careful and meticulous planning. After all, to make a tractor disappear is not “child’s game”. “Thefts - told EIMA International the president of the CAI (Italian Agro-Mechanic Confederation and Farmers), Roberto Guidotti – are mainly related to high power, new or semi-new, therefore very expensive, means”. Usually, explained the president of the CAI, thieves focus mainly on vehicles with power ranging between 80 and 150 horses, because compared to high-end machines are easier to steal, hide and then to be resold. If they are “super-equipped”, perhaps with two lifts, then it is even easier to end up in the “agro-criminals “’radar.

For the business of a farm the theft of even one tractor can represent a lethal blow. Here, then, is where prevention can make the difference. But how to get ahead of thieves? First of all, there is a little trick suggested by common sense: never leave the mechanical means unattended, especially at night. Again, common sense advises to buy an insurance policy against theft; the owner does not recover the entire value of the vehicle (deductibles and physiological devaluation of the vehicle) but at least manages to limit the damage. Technology is coming to the aid of agricultural entrepreneurs, with the latest generation of anti-theft devices (mechanical and electronic) that are a good deterrent against criminals 4.0. As in the case, for example, of the hydraulic flow directional limiter. When the engine is started, Stefano Albanesi explained on Machinery World published in November 2015, the oil is sent under pressure but cannot return, making the controls unusable and effectively “immobilizing” the tractor. The block shaft, on the other hand, is a device that blocks the front wheels in the maximum angle position making it impossible to drive the machine and hinder the towing. Especially indicated for high-powered tractors, the blocking shaft is ineffective if the machinery is loaded on a truck. Among the electronic alarms, the best known are the immobilizers (even if the thieves are partly equipped to bypass them) and the satellite alarms, which, in addition to indicating the position of the vehicle, can signal if it is moved, raised or if it exits a certain area. These circuits can be implemented with anti-intrusion systems and can also operate by triggering the blockage of the vehicle when a given event occurs. Radiofrequency alarms, on the other hand, work with the signal sent by a transmitter on reserved frequencies, whose receivers are issued to law enforcement. The advantage of this technology is the fact that the device works even in satellite shaded areas. Of course, in the case of the burglar alarms as well as in that of the policies, thief-proof solutions are never economically painless for the budgets of the farmers. Rather, they represent an unavoidable burden because, simply because they exist, tractor thieves are a serious danger for the very survival of the farm.

A multi-tasking area at EIMA International 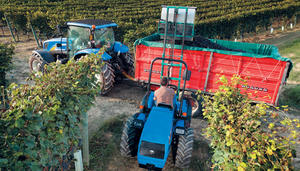